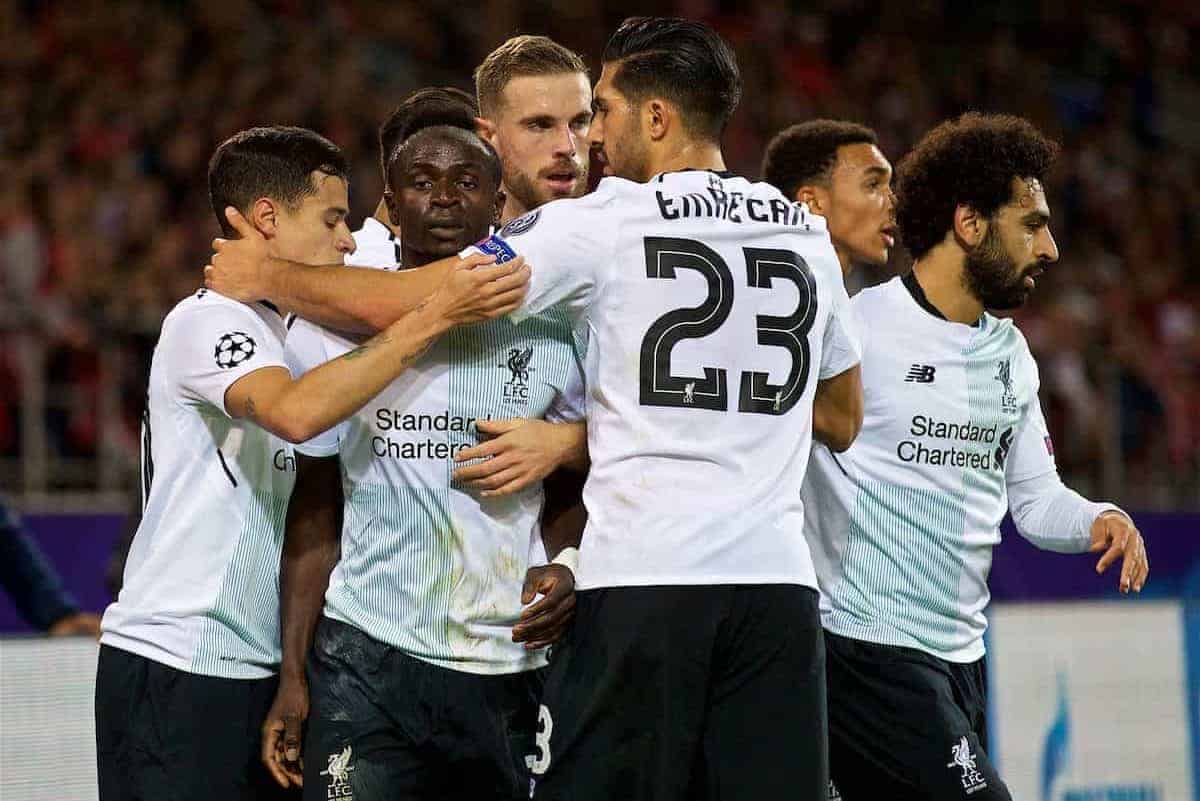 Liverpool were unable to make their dominance count as they were held to a 1-1 draw away to Spartak Moscow in Champions League group E.

* Video from BT Sport – some geographic restrictions may apply.

Jurgen Klopp‘s side had 63.9 percent of the possession and fired 16 shots on goal to Spartak’s four, but failed to breach the Russian side’s stoic defence more than once.

It was a familiar story at the Otkrytiye Arena, as a mistake from Emre Can led to a free-kick for the home side, which Fernando sent beyond a poor Loris Karius to make it 1-0.

That was Spartak’s first shot on target, which has long been a trend for the Reds during Klopp’s reign.

Liverpool supporters are similarly accustomed to the heroics of Philippe Coutinho, and the Brazilian was on hand to level the scores on the half-hour mark.

The Reds continued to maintain control in Moscow, but with the likes of Mohamed Salah, Roberto Firmino and Daniel Sturridge all missing golden opportunities, they were left frustrated.

Klopp’s side now have just one more game before the October international break, away to Newcastle United in the Premier League on Sunday.

Having won just once in their last six outings in all competitions, they will be hoping something clicks at St James’ Park, as it was more of the same in Europe.