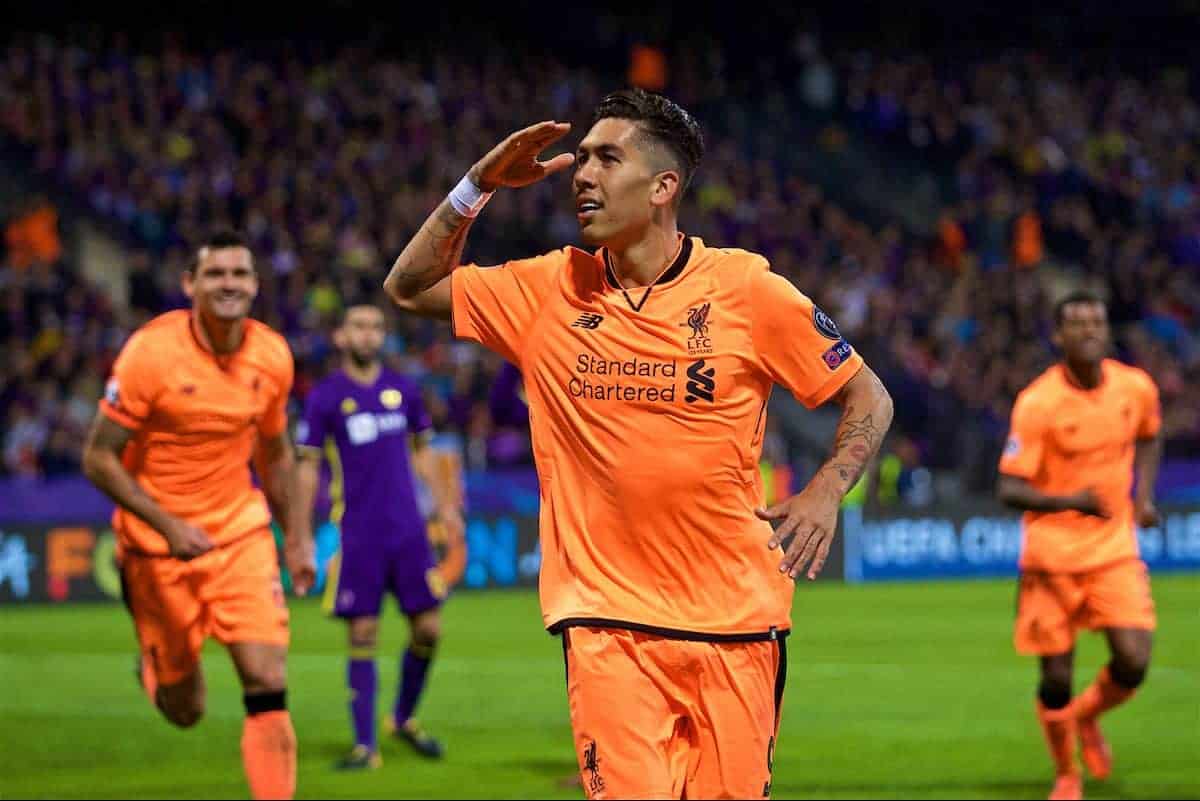 Liverpool sparked the Champions League campaign into life by recording their biggest-ever away win in Europe with the 7-0 demolition of Maribor.

The Reds headed to Slovenia looking to use confidence from a dominant display against Man United to inspire their first Champions League group stage win of the season.

The first instalment of a double-header against the bottom side in Group E presented a big chance for Jurgen Klopp’s men to end a poor run.

And the Reds took full advantage of that opportunity in record-breaking fashion, producing a sensational performance to seal a priceless three points in Slovenia.

Klopp’s men instantly took control of the contest and had to wait only four minutes to take the lead, when Roberto Firmino converted Mohamed Salah’s ball across the box. Liverpool, already sensing blood, went for the kill and stormed into a 3-0 lead after just 19 minutes when Philippe Coutinho converted James Milner’s cross before Salah cooly slotted home—ensuring all three attackers registered on the scoresheet.

Salah netted his second of the night to give the Reds a 4-0 lead at half-time, sending the 800-strong travelling Kop into delirium. The Reds picked up from where they left off after the break, with Firmino also claiming his own brace as he flicked a brilliant header from Coutinho’s in-swinging delivery into the far corner in front of the jubilant away fans.

The Reds continued to dominate and having equalled the club record for an away win in Europe on 54 minutes, it was just a question of whether Klopp’s side could make history.

And with three minutes to go, Alex Oxlade-Chamberlain wrote his name into Anfield folklore as he broke in and slotted home his first Reds goal to set a club-record biggest away win in European competition.

Trent Alexander-Arnold found just enough time to make it a magnificent seven by firing home from the edge of the box, putting Liverpool in seventh heaven on a historic night.

Klopp was delighted with his side after the game, saying: “Our attitude was outstanding; spot on from the first second.” Next up for Liverpool is a tough trip to Wembley to take on Tottenham on Sunday, and the Reds head to the capital full of confidence after a record-breaking European night.