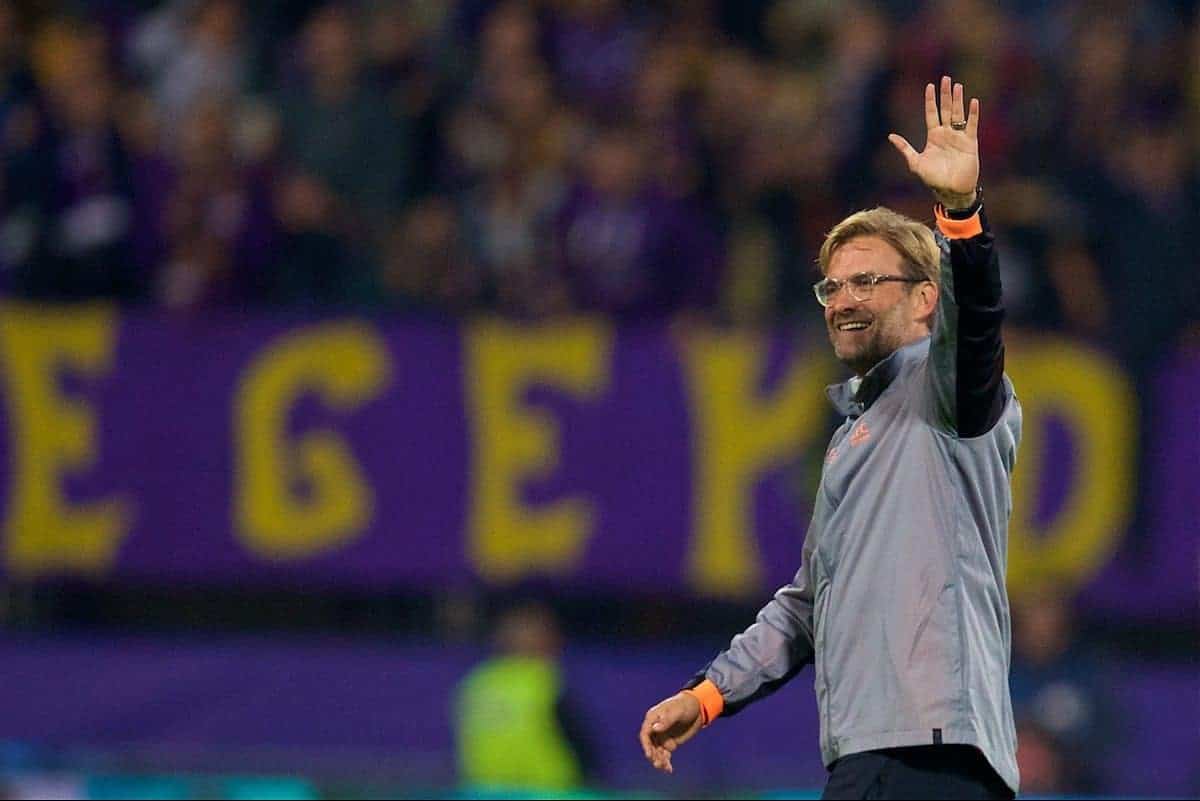 Jurgen Klopp hailed Liverpool’s return to form after a record-breaking 7-0 victory over Maribor in the Champions League.

Roberto Firmino and Mohamed Salah both scored twice while Philippe Coutinho, Alex Oxlade-Chamberlain and Trent Alexander-Arnold also found the net as Liverpool, with just one win in their last eight matches, ran riot in Slovenia.

It was the first time the Reds had netted seven times away from home in Europe, beating the 5-0 scorelines they recorded against Reykjavik in 1964, Crusaders in 1976 and Haka in 2001.

“The attitude was outstanding, we were spot on from the first second,” Klopp told BT Sport.

“We scored wonderful goals and played wonderful football. I love the fact that we really stayed concentrated in the second half.

“You can really struggle in a game like this if you are not 100 percent. The counter-pressing was so good.”

Summer signing Salah scored twice in 20 first-half minutes, taking his tally for the season to eight, and knew a performance like that from Liverpool was just around the corner.

The Egypt winger said: “It was a great game, we did good in that game. An important result for us. We need to keep looking forward. The team did good and we had a good result.

“I’m very happy. We had bad luck in the last few games, we missed many chances, but I think everyone had confidence the results were coming.”