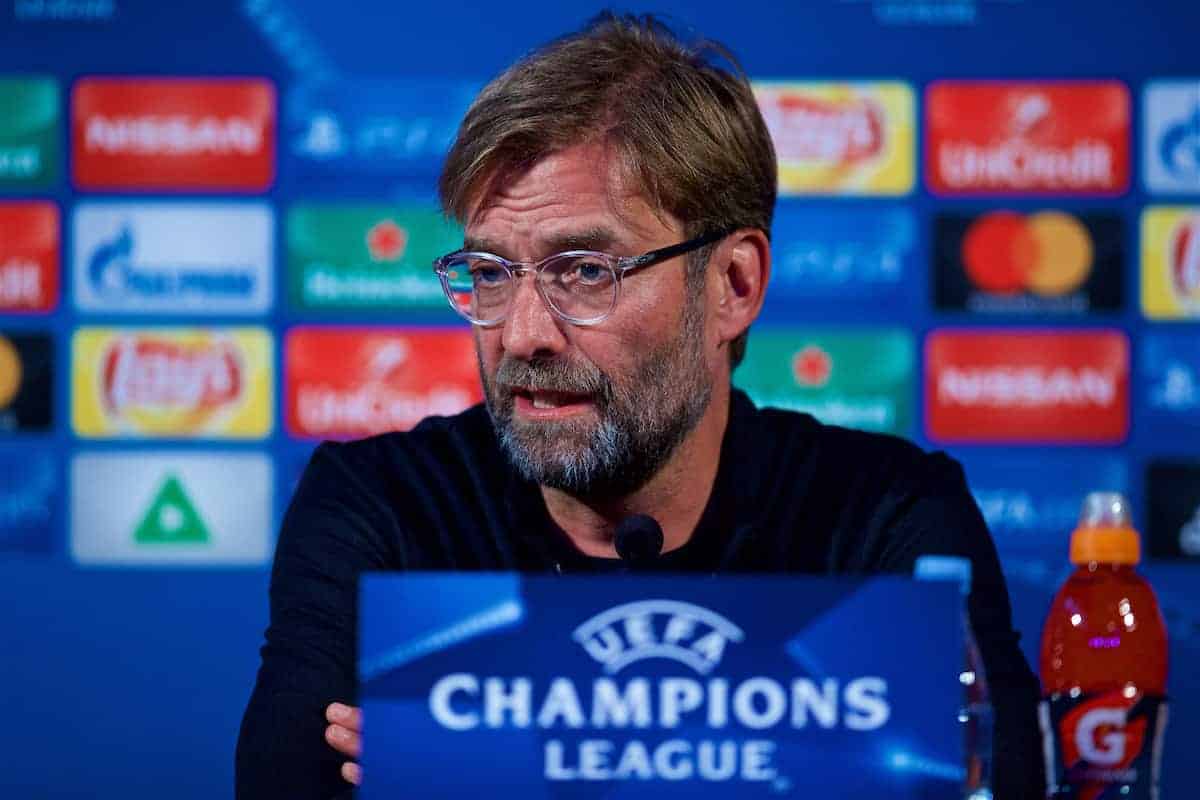 The Slovenian side are the second-lowest ranked of the Reds’ Group E opponents, as 77th in Europe, but are arguably the least challenging on paper.

After consecutive draws with Sevilla and Spartak Moscow, Liverpool are in need of three points at Maribor, as they push for a place in the tournament’s last 16.

And Klopp has insisted he is in no position to make wholesale changes, revealing he will likely made “one or two,” with Ben Woodburn remaining with the U19s in the UEFA Youth League.

“No chance. Everybody thinks ahead of a game like this, ‘this is the place where you can rotate’. It’s the last place I would do things like this.” he said.

“We’ll make one or two changes, we will see, but the first job is not to think the same thing that obviously a lot of you think already: [don’t] underestimate the opponent.

“I heard the stadium is not usually sold out, Champions League nights will be sold out, and will be a great atmosphere.” Maribor are 14-time Slovenian PrvaLiga champions, winning six titles already this decade, and will welcome Liverpool to the Stadion Ljudski vrt confident of a result.

Klopp is wary of their threat, having studied their approach in their previous clashes with Spartak (a 1-1 draw) and Sevilla (a 3-0 loss).

“The two games we saw against Moscow and Sevilla obviously were a little bit different,” he explained.

“Maribor is a top team in Slovenia so they usually have to make the game, attack, do a lot of offensive things.

“I saw that they’re an offensive-minded team, offensive players really strong, in style, keeping and protecting the ball, fluent play, different buildup formations, trying to find the two No. 6s, playing through balls—stuff like this.

“It’s creative so we need to be concentrated. In some moments they will be compact and together, we have to do the same.

“We can’t say we’ll wait until they lose the ball. That’s what I mean when I said we need to be ready for this game tomorrow.

“From my point of view it has to be a high-intensity game, because it’s a very important game for both teams.”

Loris Karius is set to be one of the changes from Saturday’s 0-0 draw with Man United, while the likes of Andrew Robertson, Alex Oxlade-Chamberlain and Daniel Sturridge can also hope to play.

But Klopp is wise to not consider shuffling his pack entirely, as Liverpool still only have two points from their first two games in the Champions League, with victory on Tuesday essential.