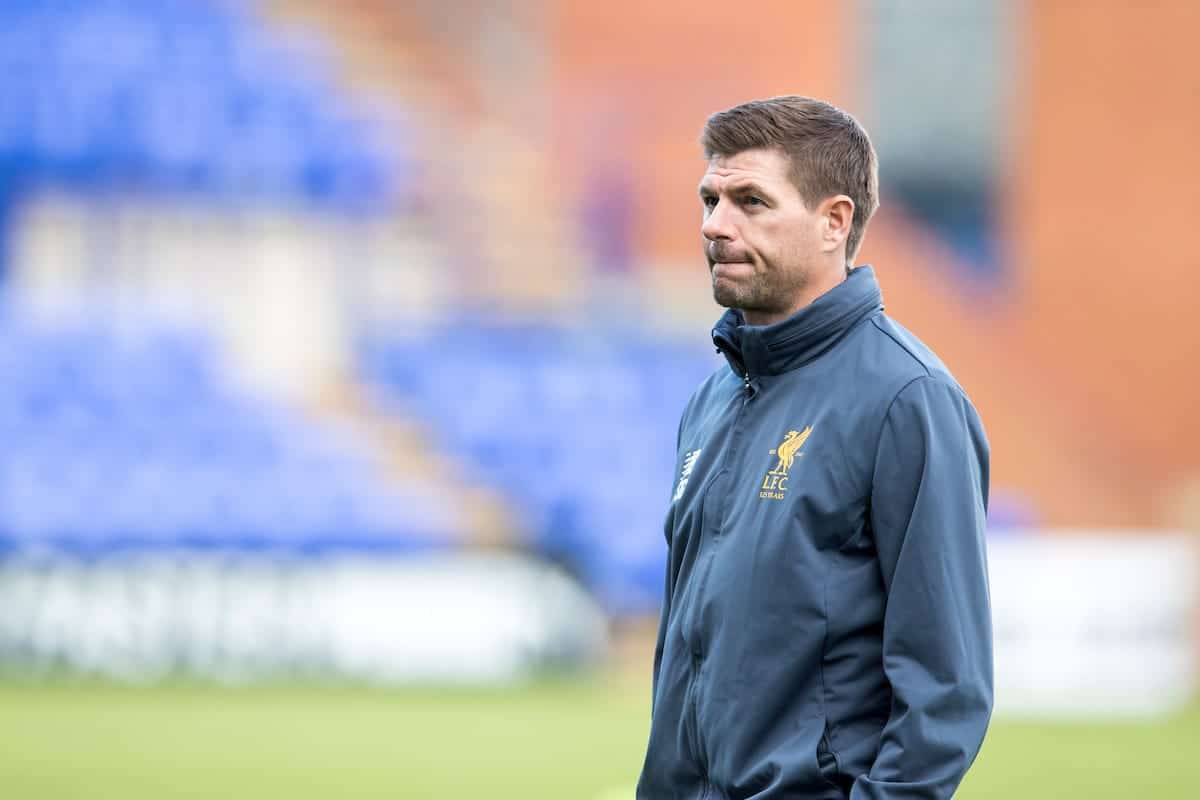 Steven Gerrard’s Liverpool U18s thrashed Burnley 4-1 in a friendly on Friday, with a magnificent Liam Millar goal the highlight of the afternoon.

The Reds have made an unbeaten start to their U18 Premier League campaign, winning two and drawing three of their opening five matches.

With league commitments making way for the international break, however, Gerrard’s youngsters took on the Clarets in a friendly at the Kirkby Academy.

It didn’t take long for Liverpool to take the lead, with 17-year-old Glen McAuley finishing from close range after 15 minutes.

Millar made it 2-0 with a sensational solo effort, taking the ball from well inside his own half, beating three men and finding the net after a clever dummy.

It was a dominant first-half performance from Liverpool, who looked in complete control, and Millar’s moment of brilliance was something to treasure.

Gerrard made a host of changes at the break, with new signings Patrik Raitanen and Edvard Tagseth among those coming on, while France youth midfielder Yasser Larouci was introduced on the hour.

The Reds continued to boss things after the interval, and it was 3-0 midway through the second half, as Millar’s cross was turned into his own net by a Burnley player.

Luis Longstaff added a fourth late in the day, as the hosts threatened to run riot, but Michael Fowler pulled a goal back for the visitors in stoppage time.

It was the last moment of note in a very one-sided match, as Gerrard’s youngsters continue to build momentum.

The U18s’ next league game takes place on October 21, with West Brom visiting the academy.