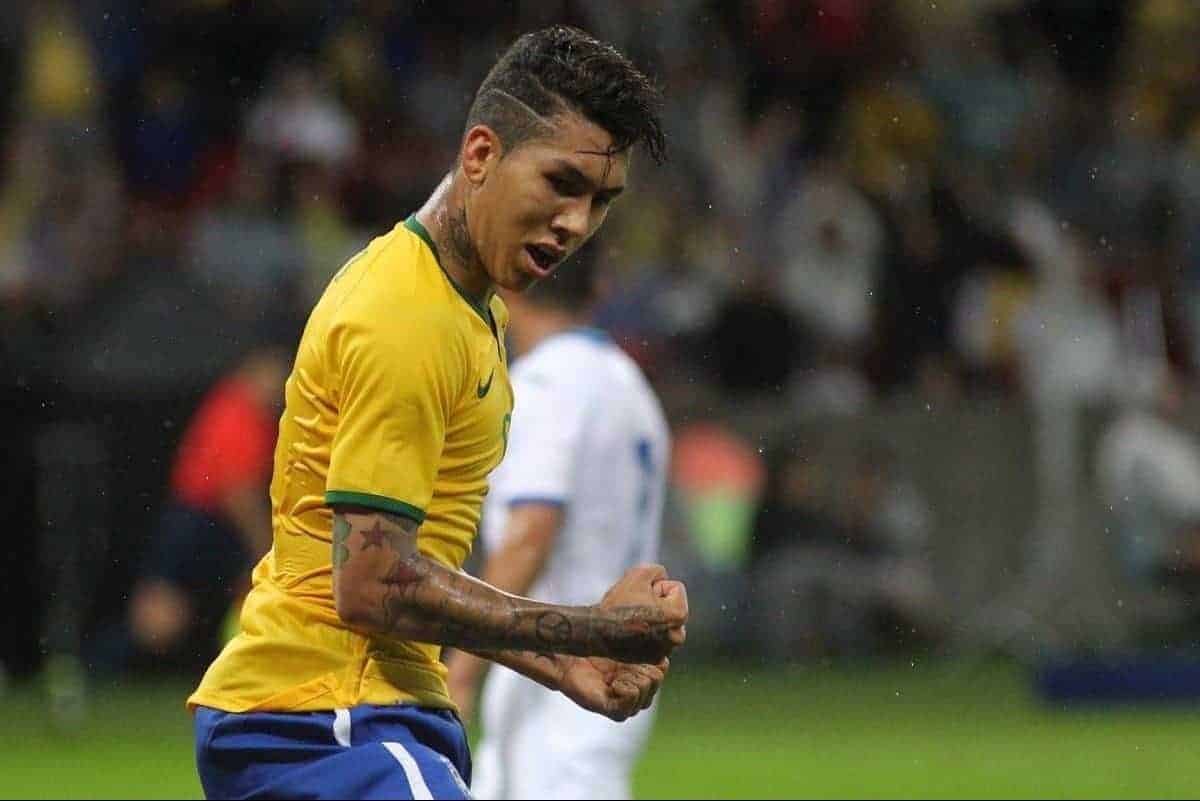 Philippe Coutinho and Roberto Firmino have both been named in the Brazil squad for November’s internationals, but this time it’s not such bad news for Liverpool.

The Reds forwards are included in Tite’s 25-man selection for two friendlies next month, having carved out key roles under the 56-year-old in recent months.

Coutinho has taken up a regular starting berth alongside Neymar and Gabriel Jesus in attack, usurping Chelsea winger Willian, while Firmino has put up a fierce challenge for the No. 9 spot.

Their prominence on the international stage has often caused problems for their club, however, due to their late return from duty.

They were among the last to report back in September, three days before the 5-0 loss away to Man City, while this month it was a similar situation before the 0-0 draw with Man United.

However, with Brazil set for friendlies against Japan in Lille (November 10) and England at Wembley (November 14), this will not be the case again.

Liverpool’s first game back after the November interval comes at home to Southampton on November 18, providing Coutinho and Firmino plenty of recovery time.

That they will be able to rejoin training immediately after their clash with the Three Lions is a major boost.

The majority of Klopp’s squad will play their international games in Europe next month, though Mohamed Salah (Egypt) and Sadio Mane (Senegal) are in action in Africa if fit.

This would see Klavan travel around 30,000 miles and miss the Reds’ clashes with the Saints, Sevilla and Chelsea if he were to join Martin Reim’s squad.

The hope, and likelihood, is that Liverpool’s backup centre-back is omitted, despite being Estonia captain.