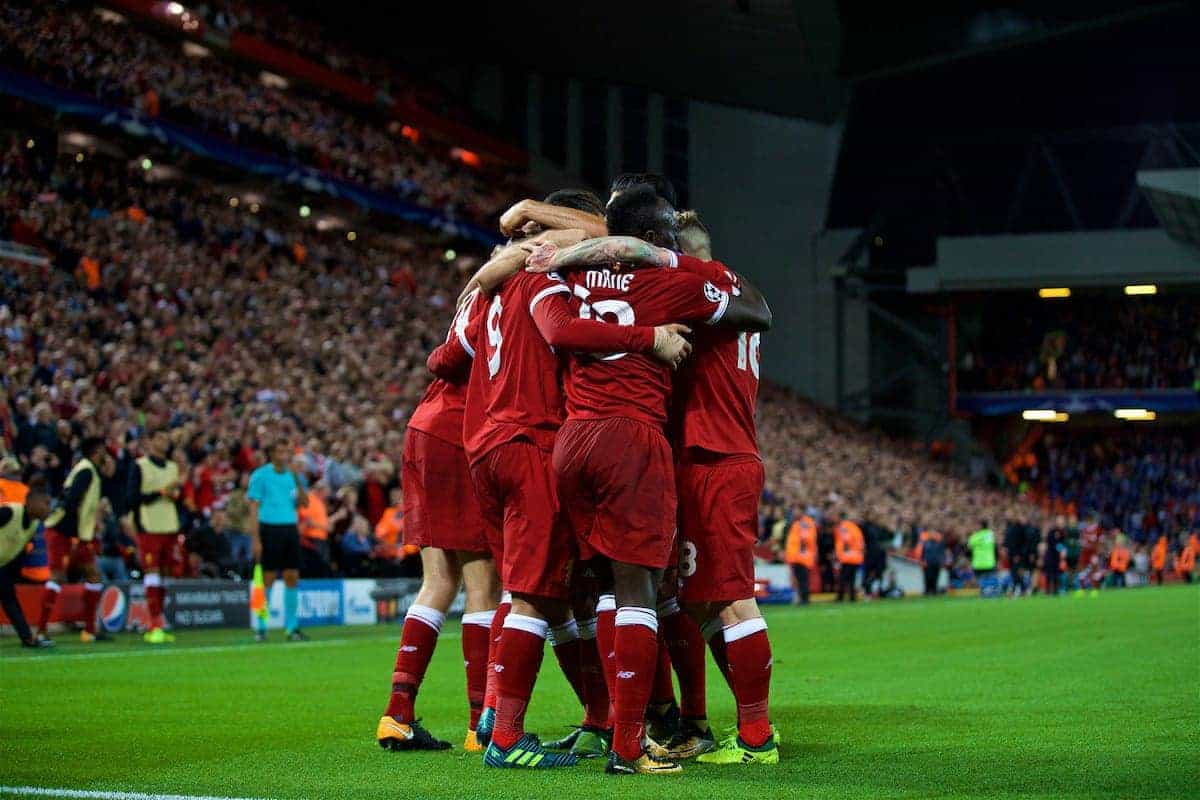 Liverpool’s third Champions League Group E outing comes away to Maribor on Tuesday night. Here are the key stats and facts ahead of the clash.

Stepping Into the Unknown

Liverpool will meet Maribor for the first time in their history—the Slovenian champions will be their 127th different European opponent.

Maribor will be the second Slovenian team that the Reds have faced in Europe. The others were Olimpija Ljubljana who Liverpool met in the 2003/04 UEFA Cup, first round.

The Reds drew 1-1 away from home with Michael Owen scoring. Goals from Anthony Le Tallec, Emile Heskey and Harry Kewell clinched the tie at Anfield with a 3-0 victory.

Liverpool have drawn their opening two group games with Roberto Firmino and Mo Salah scoring against Sevilla and Philippe Coutinho at Spartak Moscow.

This is the second successive group stage in which Liverpool have drawn their opening two matches.

They drew the first three in the 2015/16 Europa League and eventually qualified with 10 points (two wins and four draws).

Low-Scoring Win on the Cards?

The Reds are unbeaten in the last 10 European group games, winning two with eight draws.

Liverpool have suffered defeat in just two of their last 19 European games, while Jurgen Klopp has lost two of his 17 in charge of the Reds in the Champions League/Europa League.

In their last 17 matches in Europe on the road the Reds have found the net more than once on two occasions—at Ludogorets in a 2-2 draw in the Champions League in November 2014 and at Hoffenheim in August.

Joe Gomez, who became the 13th Liverpool player to be sent off in Europe in the draw with Sevilla in Matchday 1, is available again. Maribor have won 14 league titles and nine Slovenian cups since being founded in 1960. They have never been relegated from the top flight since the league’s establishment in 1991.

The club represents the second largest city in Slovenia with approximately 100,000 inhabitants.

Maribor were held 1-1 at home by Spartak Moscow in their opening group game with Damjan Bohar equalising for the hosts on 85 minutes.

They went to Sevilla and lost 3-0 with Wissam Ben Yedder, who also scored against Liverpool, grabbing a hat-trick.

Maribor have lost only twice in 21 games this season (winning 13 and drawing six) and are unbeaten in domestic competition.

The only teams to defeat them are Sevilla in this group and Hapoel Be’er Sheva in a qualifier. They have drawn their last three games at home in all competitions and are unbeaten at the Ljudski Vrt since May.

But they have not won at home since defeating Israeli side Hapoel 1-0 in late August with a single Mitja Viler goal.

By the same token they have only conceded four at home, keeping seven clean sheets with only Krsko netting more than once.

Maribor have kept clean sheets in six of their last 10 in league and cup.

They go into this game on the back of a 2-1 away win at Rudar last Friday night with goals from Jasmin Mesanovic and Damjan Bohar.

This evening’s referee is Viktor Kassai of Hungary. He has taken charge of two Liverpool games—the 3-0 home win over Villarreal in the Europa League semi-final in May 2016 and a 1-0 Champions League group stage loss at Real Madrid in November 2014.