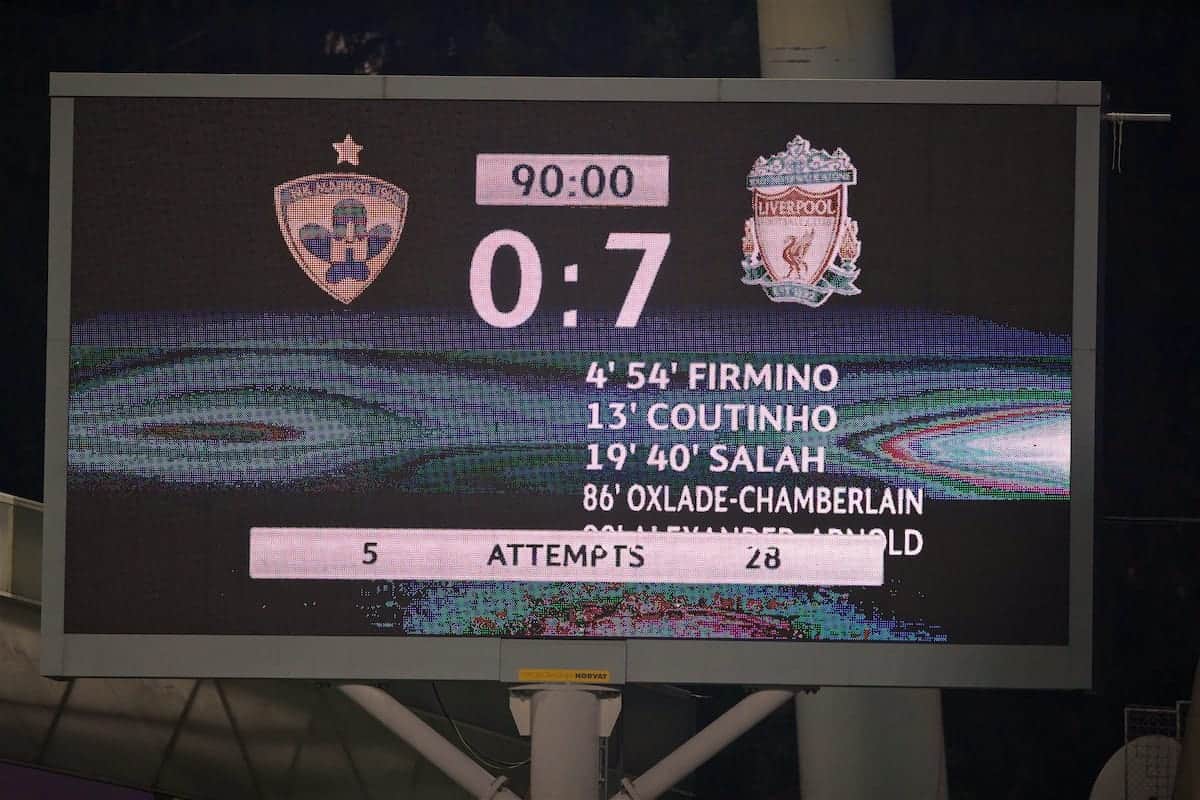 It was a perfect night for Liverpool in the Champions League on Tuesday, with two positive results meaning the Reds have moved to the top of Group E.

Jurgen Klopp‘s side travelled to Maribor having drawn their first two matches of the campaign, but they were rampant in Slovenia, recording a record European away win for the club – and the joint-highest ever away win in the Champions League.

Liverpool romped to a 7-0 win, with Mohamed Salah and Roberto Firmino scoring twice, Philippe Coutinho and Trent Alexander-Arnold finding the net and Alex Oxlade-Chamberlain registering his first goal for the club.

It was just their second win in nine matches, although their form has deserved better of late.

If that result didn’t make for a good enough night for Reds supporters, the scoreline between Spartak Moscow and Sevilla was an added bonus.

From nowhere, the Russian outfit thrashed the much-fancied La Liga side 5-1, in a result that has blown the group wide open. It makes the Merseysiders’ 1-1 draw there last month feel slightly more respectable. It means Liverpool are top of the table with five points after three matches, with Spartak level but behind on goal difference.

Sevilla’s shock defeat leaves them in third place on four points, while Maribor remain rock-bottom with just one draw to their name.

Matchday four takes place at the start of next month, with Liverpool hosting Maribor on November 1. That should be another productive night for Klopp’s men and eight points would all-but secure progress to the knockout stages.

Sevilla will be looking for revenge against Spartak on the same night – a draw in that game would be perfect for the Reds.