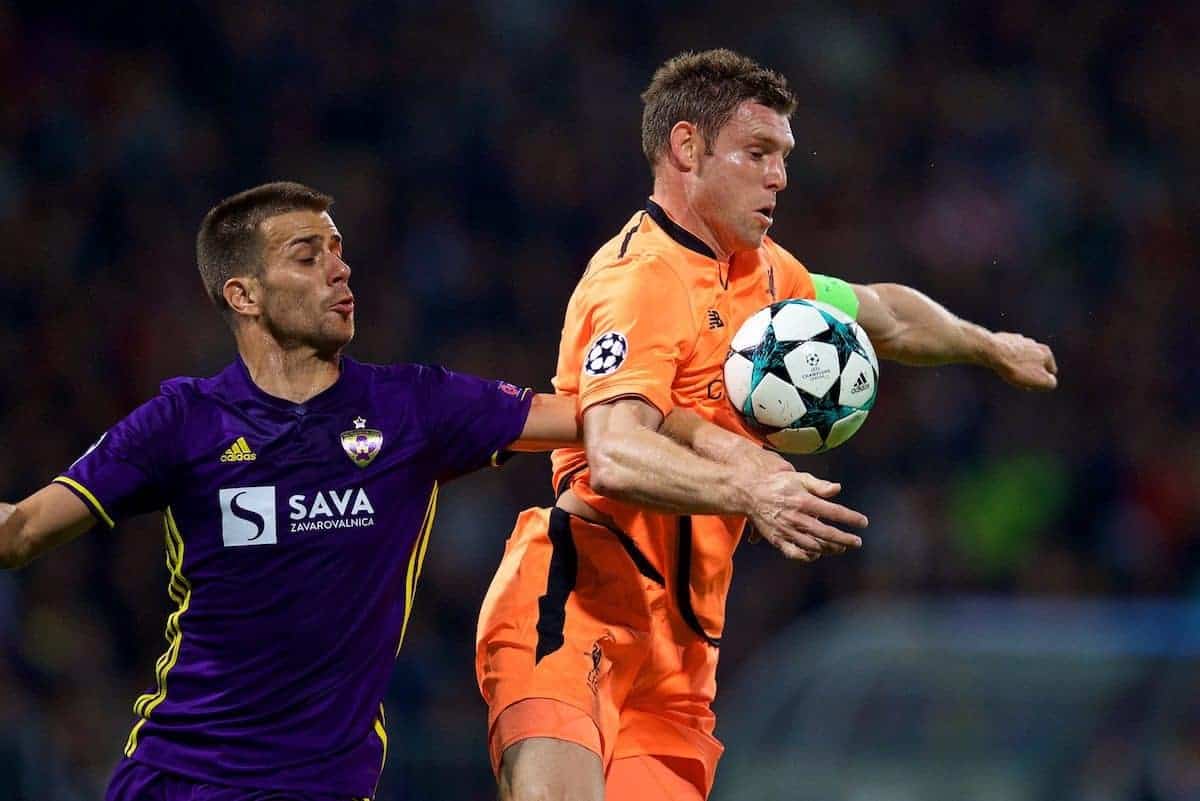 After being thrashed 7-0 by Liverpool a fortnight ago, NK Maribor have enjoyed two consecutive 1-0 wins ahead of the trip to Anfield this week.

The Slovenian side dispatched Domzale 1-0 on Saturday, having seen off Ankaran Hrvatini by the same scoreline a week earlier.

Jasmin Mesanovic, who was a late sub in the Champions League tie against Liverpool, scored the only goal of the game on both occasions. He now has three goals in his last three league games.

The two wins put Darko Milanic’s side top of the Slovenian league, a point ahead of Olimpija – who play later on Sunday.

Maribor arrive on Merseyside on Tuesday ahead of Wednesday’s game at Anfield. A win for Jurgen Klopp‘s side will keep them top of Group E and almost guarantee progress to the knockout stages.

Klopp could make a few changes to freshen his side, with Trent Alexander-Arnold, Andrew Robertson and Alex Oxlade-Chamberlain strong contenders to come into the Liverpool XI.