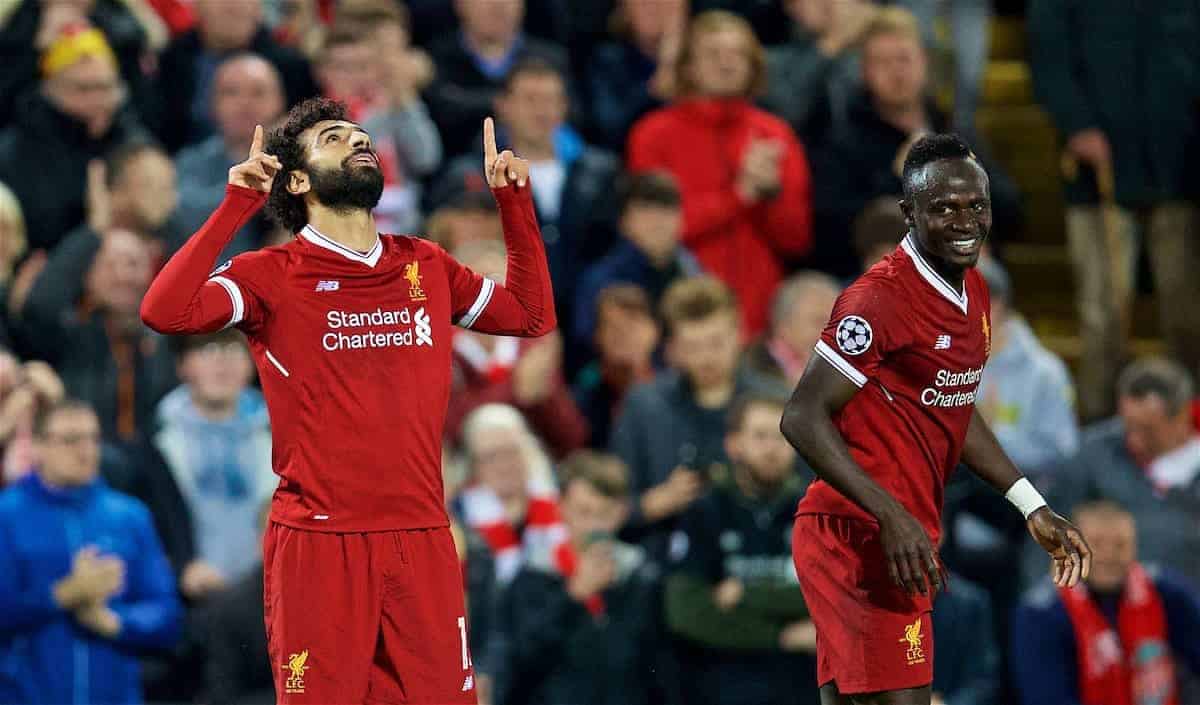 Mohamed Salah admits Sadio Mane‘s injury is a blow to Liverpool, but he insists the team must remain switched on ahead of Saturday’s visit of Man United.

Yet again, the international break has seen a key Reds player return injured, with Mane expected to be out for six weeks with a hamstring problem, missing nine games.

The Senegalese forward has arguably become Liverpool’s best player since joining from Southampton and his all-round attacking threat will be a big miss against United this weekend.

Salah is clearly disappointed that his fellow speedster is on the sidelines for the foreseeable future, but says Jurgen Klopp‘s side must stay focussed without him.

“I texted him when he was at the national [team] and then when he came back. He told me then he was injured, so that’s bad news for everyone,” Salah told Liverpoolfc.com.

“But that’s football and anything can happen. Now we have to focus on the game and keep moving forward.”

Salah also spoke about his memorable late penalty for Egypt last weekend – a goal that saw his country qualify for the World Cup for the first time since 1990.

“It was a great, great feeling to help my country play in the World Cup after a long time,” he added.

“That’s something huge for us. I am very happy and very proud of it.”

Finally, the 25-year-old had a message for the Liverpool supporters, having been awarded the club’s Player of the Month award for September.

“I have to say thank you very much to the fans and I am happy to win it. But now we have to keep fighting and improve our results a little bit,” he said.

“It’s a big game on Saturday, everyone in the world will watch the game. It’s a big game for us too because we have to keep fighting and improve our results, as I said. I hope we can get the win.

“We always fight in each game, but this game is a big game and can make a difference for us. We have to improve our place in the table. We have to fight and try to win the game.”