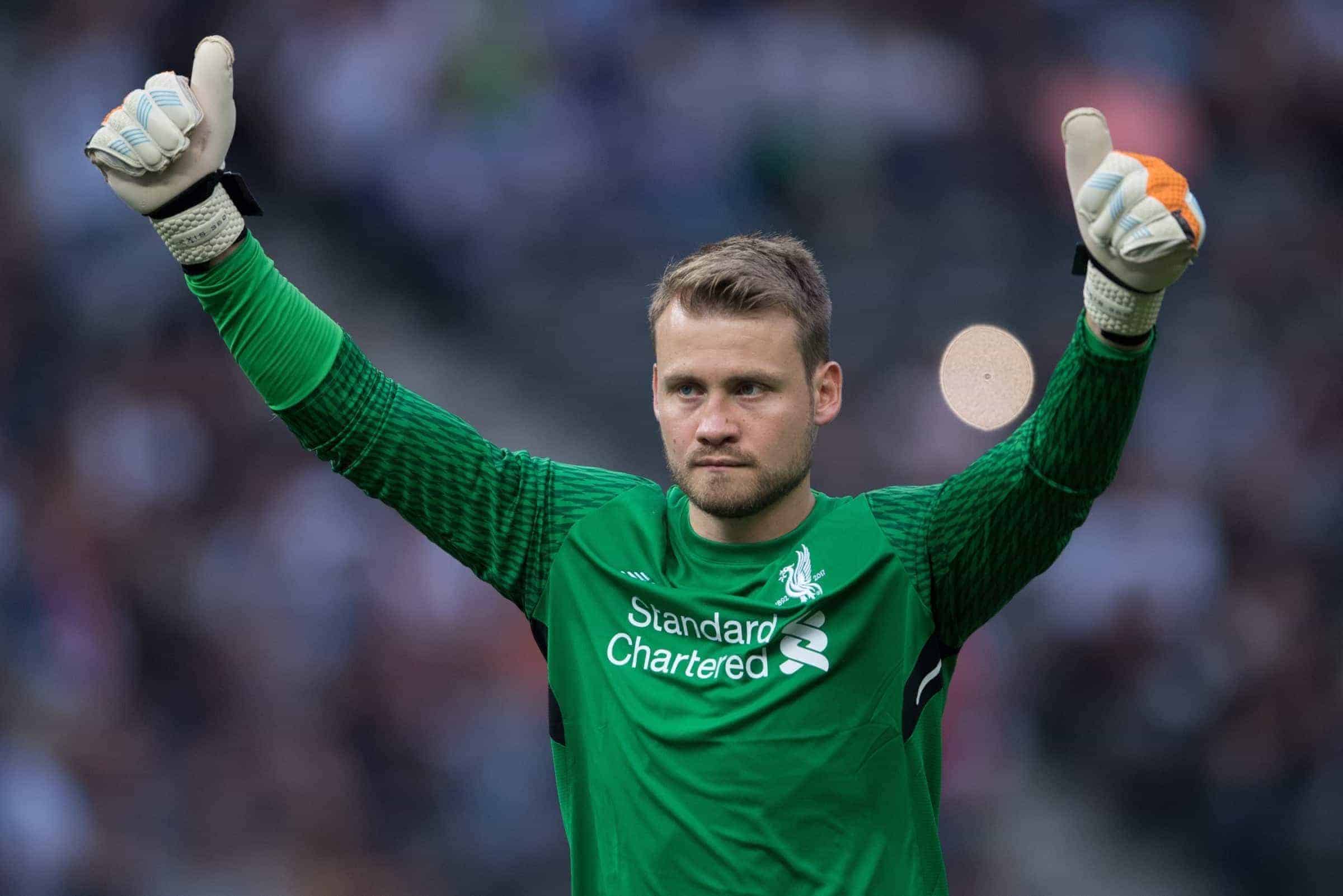 Simon Mignolet has urged Liverpool to use the prospect of a mouth-watering clash with Man United to belatedly kick-start their season.

The Reds headed home from Tyneside on Sunday evening not quite believing they were doing so with just a single point from a 1-1 draw at Newcastle and knowing they will have to be much more clinical if they are to get a better result against pacesetters United next time out.

However, goalkeeper Mignolet is convinced that is exactly the kind of fixture they need to focus minds and eradicate the errors which have hampered their start to the season.

“If you come away with a 1-1 result, that’s obviously a disappointing feeling. You start to look at what you could have done better,” he told LiverpoolFC.com.

“We played well, we deserved to get the victory, we created chances. But it is how it is at this moment in time, we have to take it.

“It’s disappointing and frustrating, but we have to keep looking forward, keep our heads up and make sure when we come back after the international break we go again against Manchester United, which is a big game and something to turn things right for us.

“Everybody will be away in another environment and when they come back, we’ve got that one to look forward to.

“I’m sure everybody will be focused on their international duties now, but when they are back they have a big game to look forward to. We will be ready for it.” But Joselu levelled for the home side when defender Joel Matip inadvertently sent the ball ricocheting off his shin and into the net nine minutes later.

The visitors created more than enough chances to have won the game, only to be denied by a combination of good goalkeeping, committed defending and poor finishing—something which is becoming a growing concern for manager Jurgen Klopp.

“When we’re creating chances, the ball never falls in front of us. But we have to battle through these moments and we have to keep working hard,” Mignolet added.

“At one point, these balls will fall for us and we might score a lot of goals. At this moment in time, it is how it is.

“It’s not that we’re not playing well. We’re still playing good football and creating chances. We have to capitalise on them and be more efficient.”