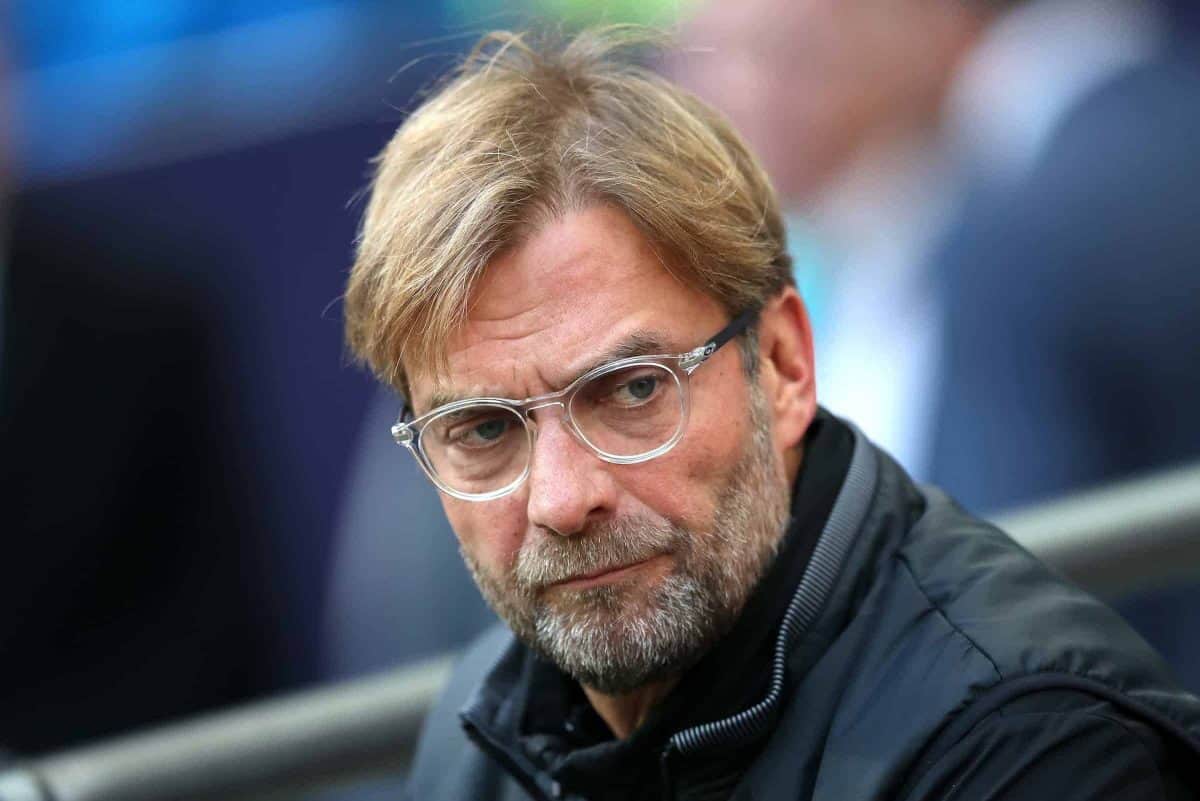 Liverpool have to dispatch of Huddersfield Town on Saturday afternoon, as the levels of discontent continue to grow at Anfield.

Just when it looked as though the Reds’ season was getting back on track, they produced a gutless performance at Wembley last Sunday.

The 4-1 defeat to Tottenham saw some of the worst defending we have witnessed in years, and Jurgen Klopp finds himself under genuine pressure for the first time in his tenure.

This Liverpool side are so frustrating to watch, given their quality during large chunks of matches, but the individuals errors have to stop and more fight must be shown.

Both Klopp and his players are to blame for being ninth in the Premier League in late October, and an improved run of form needs to start before it is too late.

The German’s mood will be lifted by the sight of his great friend David Wagner at Anfield on Saturday afternoon, but he must see off his compatriot’s Huddersfield side.

The Terriers will be buzzing after their 2-1 victory at home to Man United last weekend, and that result alone is proof that Liverpool cannot take their opponents for granted.

The visitors are likely to give the Reds lots of the ball, and they will be waiting to sting them on the counter-attack and pounce upon possible mistakes.

The thought of not winning this game does not bear thinking about, and hopefully, the team delivers a memorable response to last Sunday’s embarrassment of a showing.

This is a big, big afternoon for Klopp, and one that must end with a that famous grin on his face.

Liverpool have been dealt another potential injury blow with the news that Philippe Coutinho has picked up an abductor injury. It is touch and go as to whether or not he will feature against Huddersfield.

Klopp has never been one to criticise his players in public, but it was clear that he was seething with them in his post-Spurs interviews.

Dejan Lovren was abject at the back yet again, and the manager will surely be considering taking him out of the side this weekend and using Joe Gomez at centre-back.

This would allow Trent Alexander-Arnold to slot in at right-back, with Alberto Moreno likely to retain his place on the left side of the defence. Andrew Robertson will get his chance in time.

Simon Mignolet was also appalling against Spurs, and now is the time for Loris Karius to be given a genuinely long run in the side to prove himself. Klopp must be considering it, with Danny Ward also an option.

Gini Wijnaldum could come back into midfield in place of James Milner, while Alex Oxlade-Chamberlain will hope to start after a positive cameo, especially with Coutinho out.

Huddersfield have no new injury worries, and Wagner may well field the same XI that dispatched of United in such impressive fashion.

Last 5 vs. Huddersfield (All Competitions) Huddersfield haven’t scored a goal against Liverpool since April 7, 1962, when the two sides drew 1-1 in a Second Division clash. There have been six meetings since then.

In his pre-match press conference, Klopp admitted he was hopeful Coutinho may still play a part on Saturday:

“It’s not clear in the moment,” he said.

“Last week he had some back problems, then during the week it settled with treatment, so he was fit for the game.

“This week he has a little bit of a problem with the adductor. It’s not clear if he’s out for tomorrow.

“He didn’t train yesterday, that’s true, but that’s all for the moment.”

In what is becoming an increasing rarity these days, a Liverpool match is not being screened live in the UK, as is the case with all Saturday 3pm games.

Do not fear, though, because our matchday live blog will be available from 2:15pm, keeping you up to date with all the action at Anfield throughout the afternoon. Henry Jackson is in the chair this week.