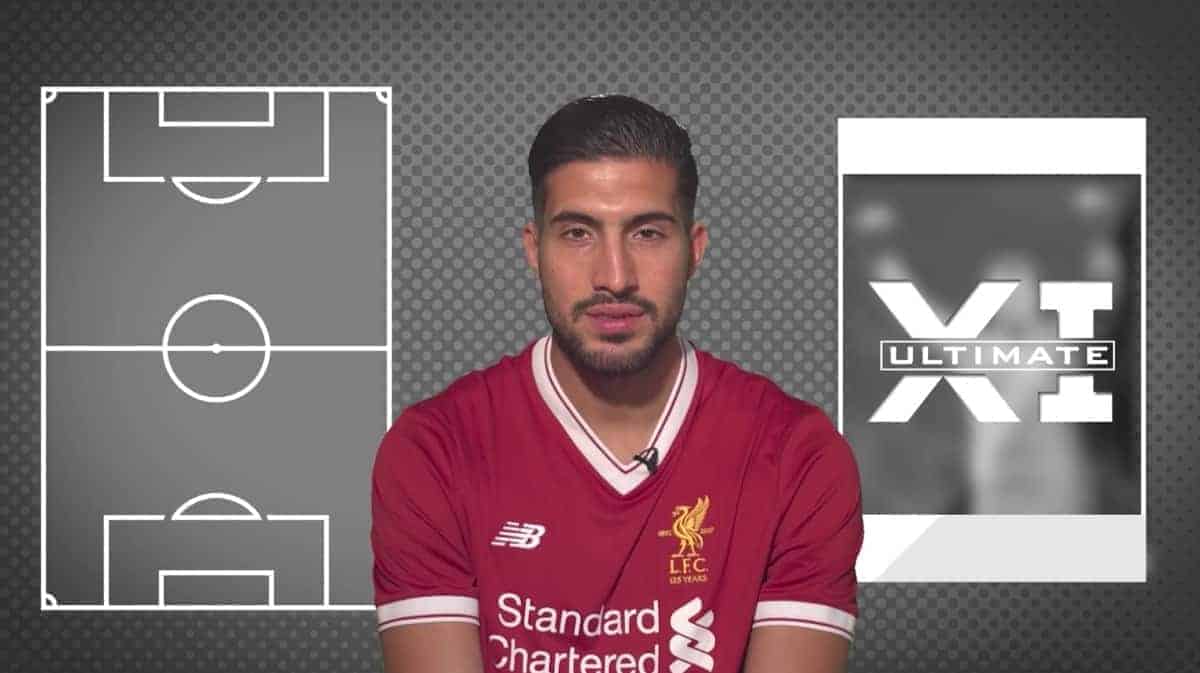 Watch as Emre Can picks his ‘Ultimate XI’, including one of Liverpool’s current crop and one from the past, among a host of world-class talent.

The 23-year-old sat down to pick his ideal lineup from players he’s played with or against throughout his career so far.

Given Can has already turned out for Bayern Munich, Bayer Leverkusen and Liverpool, along with the Germany national team, the talent pool he is able to pick from is extensive.

And from his time with the Reds, both Philippe Coutinho and Steven Gerrard make the cut in the middle of the park.

“I think I’ve never seen [another] talented player like him,” he said of Coutinho.

“He has everything: on the ball he’s just amazing, he’s difficult to play against; he can score goals, [with] a very good shot. He can just do everything with the ball.”

Gerrard was captain when Can made the £10 million move from Leverkusen in 2014, and once described his youthful counterpart as “like a Rolls Royce.”

“You don’t have to say too much about him: I think everybody knows how good he is, how good he was,” Can said of Gerrard.

“I was a lucky guy to share the same pitch with him, on the same team.

“Off the pitch I have to say that as well, because he is and he was a leader, and he helped me a lot when I came to Liverpool.”

Can opted for Bayern duo Franck Ribery and Arjen Robben on the flanks, with the wingers both receiving high praise from Jurgen Klopp earlier this season.

They are joined by four other representatives from the Bavarian giants in Manuel Neuer, Philipp Lahm, Jerome Boateng and David Alaba.