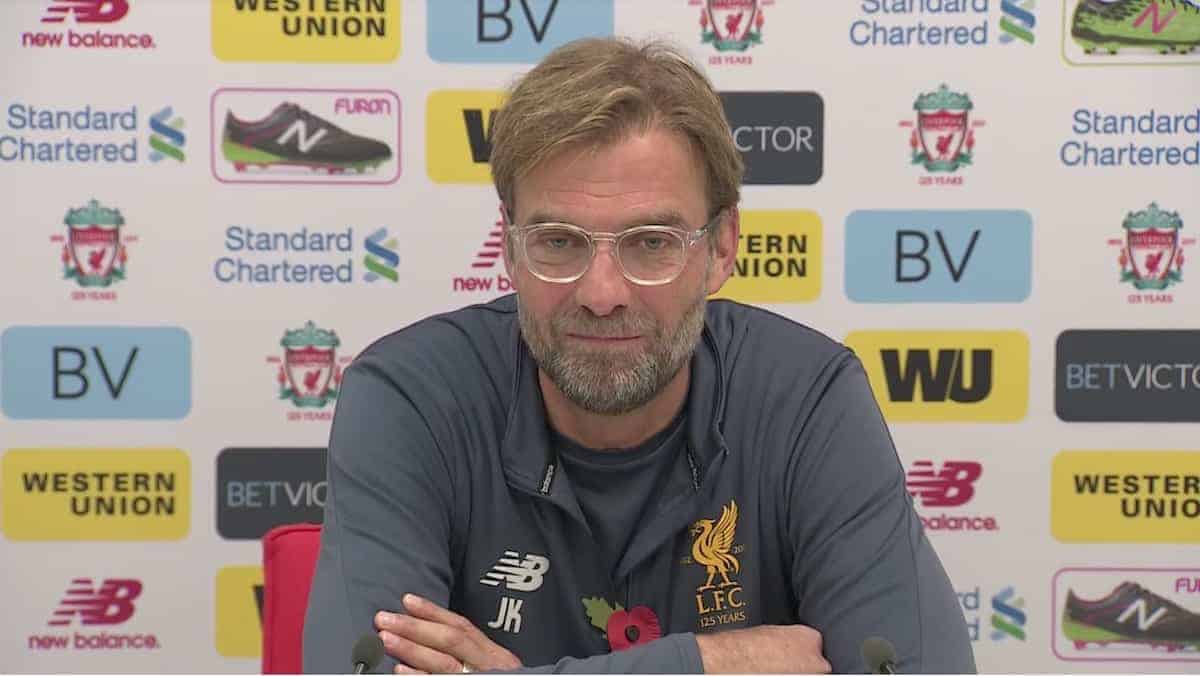 Watch as Jurgen Klopp previews Liverpool’s Premier League clash at home to Huddersfield Town, as he looks to turn his side’s miserable form around.

The Reds suffered a humiliating 4-1 loss away to Tottenham last weekend, with a clash against David Wagner’s buoyant Huddersfield next up at Anfield.

Klopp is believed to have presided over an in-depth analysis of Liverpool’s performance in that Wembley mauling at Melwood on Monday, running the rule over his struggling squad.

And the German was in positive spirits as he addressed reporters at the training ground on Friday, as he looks for victory over the Terriers.

“We need to find solutions. We’ve found a lot of solutions in the past, we have to do it again,” he told reporters.

“Games like [against Spurs] you can always lose confidence, but you’re not allowed to stay in that mood.

“We need to be confident, brave, really hard. We’re ready for the game.”

Klopp also discussed the fitness of Philippe Coutinho, saying “it’s not clear” whether the Brazilian will miss out due to a groin injury.

And the 50-year-old provided an update on the recoveries of Adam Lallana and Sadio Mane, explaining “after the international break I think Adam and Sadio are back.”

Elsewhere, the progress of both Ben Woodburn and Rhian Brewster was on the agenda, along with his friendship with Wagner and the importance of England’s youth success for the future.

Liverpool have won just twice in 10 games since their 4-0 triumph over Arsenal at the end of August, losing three and drawing five.

And Saturday’s visit of the improving Huddersfield will be another tough test, but one Klopp will be desperate to walk away from with all three points.