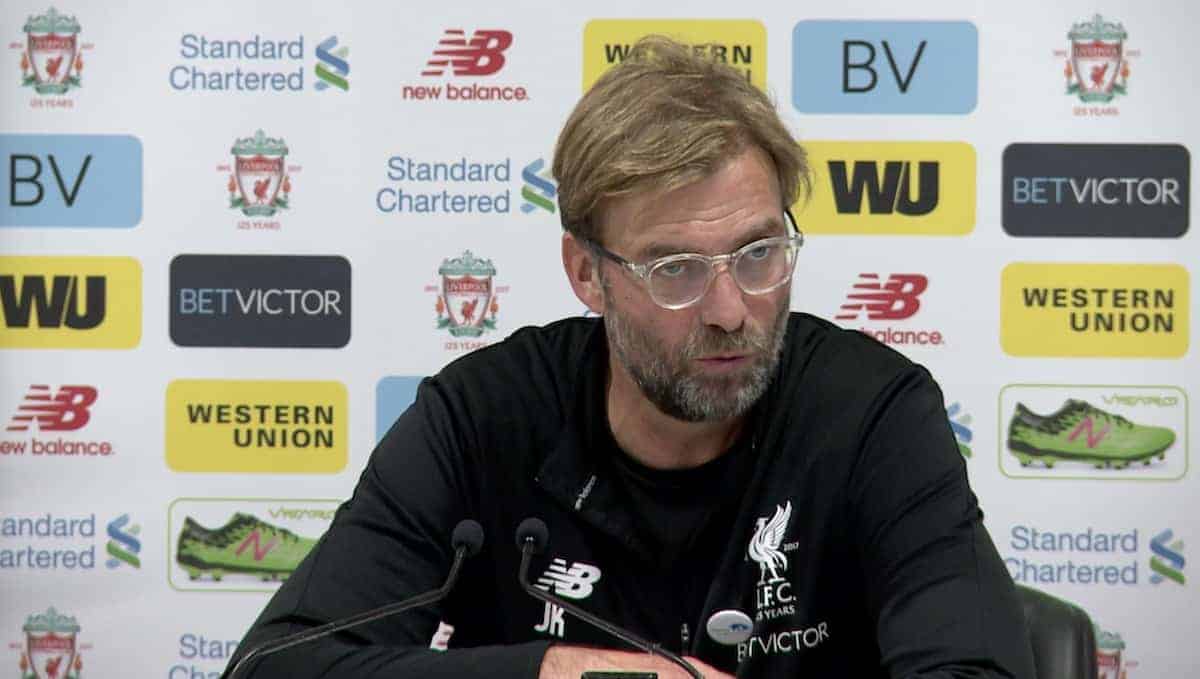 Jurgen Klopp was adamant Liverpool were more than a match for a cynical Man United after Saturday’s 0-0 draw. Watch his press conference here.

The Reds were dominant throughout at Anfield, as Jose Mourinho’s side sat back and kept 10 men behind the ball, depriving Romelu Lukaku of any service.

Klopp’s side had 19 attempts on goal, but only five hit the target, and an inspired save from David de Gea denied a clear opportunity from Joel Matip in the best chance of the game.

Speaking after the draw, Klopp discussed Mourinho’s parked bus, and his side’s performance in the light of a third game without a win.

“It was obvious that they had a more defensive approach. They looked like they would take a point,” he said.

“They are happy, we are not. Only we were dominant.

“They defended with nine players in around the box. That’s OK. I don’t judge this, it makes it more difficult for us.

“No injuries, that’s good. We go again on Tuesday [against Maribor].”

Liverpool have won just once in their last eight games, with five of those outings since August’s 4-0 victory over Arsenal resulting in draws.

Taking on Slovenian outfit Maribor in the Champions League group stage on Tuesday night, Klopp’s side have another opportunity to make their dominance count on the pitch.

The Reds have been far from disappointing all-round in recent weeks, just lacking the clinical edge required.

Signs are there that this side can succeed, but as Saturday’s stalemate proves, they need a measure of fortune and improved quality to ensure this happens.