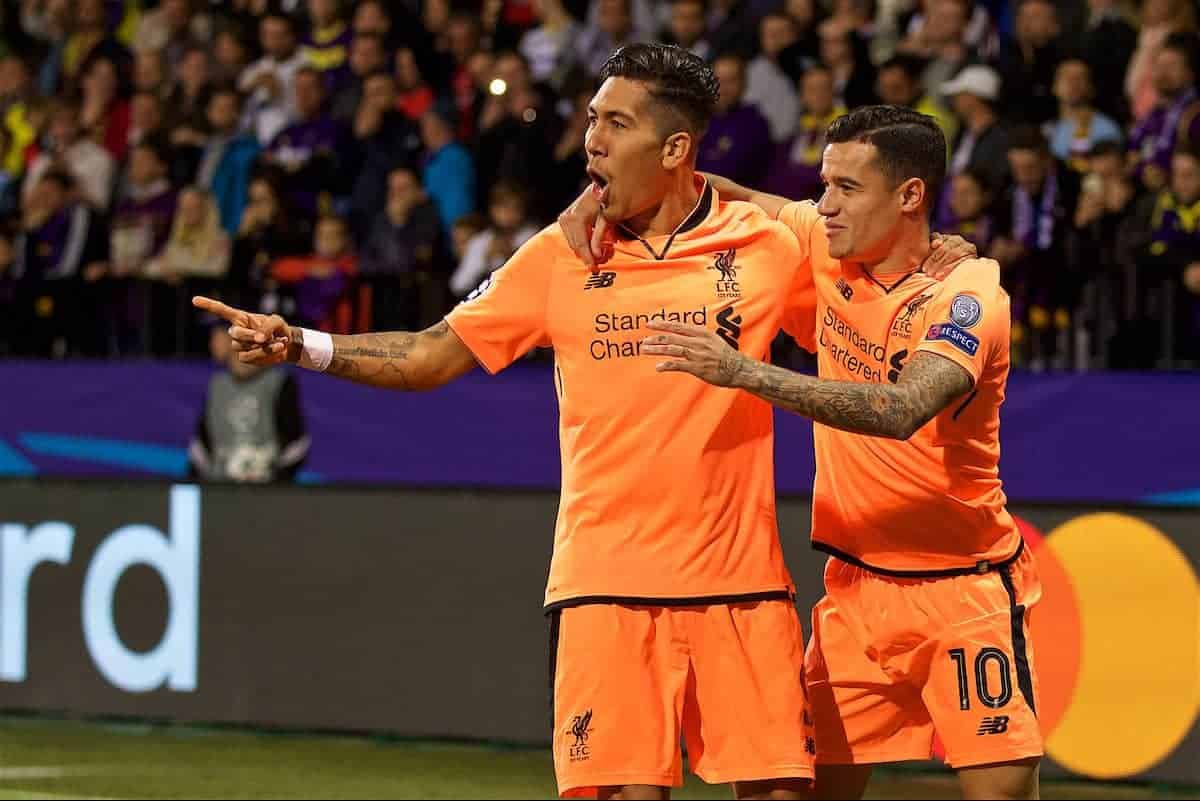 Liverpool finally clicked in front of goal on Tuesday evening, as Jurgen Klopp‘s side won 7-0 away to Maribor in the Champions League.

There was a feeling that this was a must-win game for the Reds prior to proceedings, even though failure to do so would not have been fatal.

It was to be a great night for them, though, as they cruised to their most emphatic ever away victory in European football.

Things couldn’t have started much better for them, as Mohamed Salah pounced upon an error by the hosts before squaring for Roberto Firmino to tap home.

It was the Brazilian’s fifth goal of the season, and it was a pleasing moment for him after a below-par run of form of late.

Philippe Coutinho isn’t one to be upstaged, and his ruthless volley from James Milner‘s cross put the Reds in dreamland shortly after Firmino’s strike.

Salah made it 3-0 before 20 minutes had even been played, with Firmino turning provider, and there was still time for a fourth goal before half-time.

The Egyptian got his second of the night, after just getting to the ball before Firmino – it’s now eight goals in a Liverpool shirt in just 13 appearances.

A sixth strike of the campaign from Firmino came early in the second-half, and after a lull in the match, it looked as though the scoring had ended.

That was not the case, however, with Alex Oxlade-Chamberlain getting his first ever Liverpool goal with a nice finish, and Trent Alexander-Arnold‘s deflected last-minute shot completing the rout.

Klopp’s men are now top of their Champions League group, following Sevilla’s surprise 5-1 beating at the hands of Spartak Moscow – a result that was an added bonus on the night.

Next up for Liverpool is a trip to Tottenham in the Premier League on Sunday afternoon, with their next European outing on November 1, at home to Maribor.