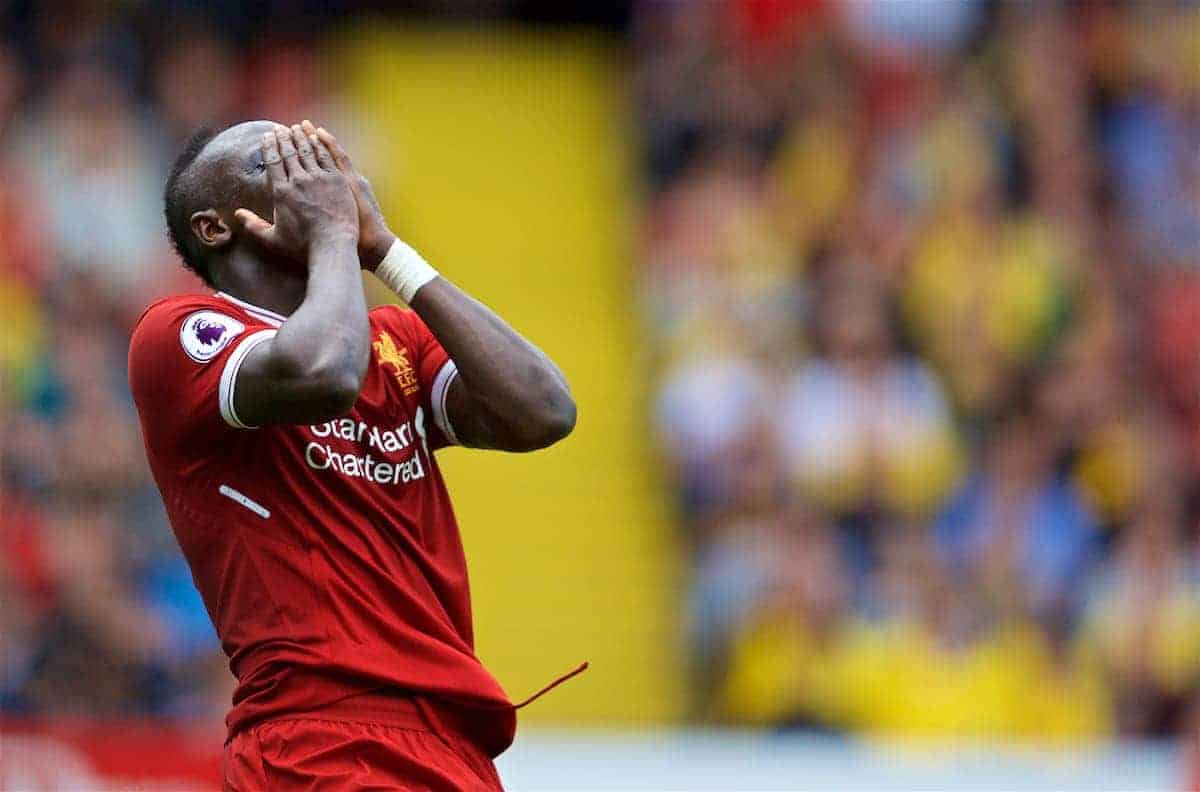 Liverpool winger Sadio Mane is set to miss the next six weeks, and likely nine games, with a hamstring injury picked up on duty with Senegal.

Mane played 89 minutes in his nation’s 2-0 win away to Cape Verde on Saturday evening, and it has since been confirmed he has suffered a serious injury.

The 25-year-old will miss Saturday’s home clash with Man United, and a potential eight further outings, including Tottenham, Sevilla, Chelsea and twice against Maribor.

This is clearly a troubling issue for Jurgen Klopp and his Liverpool side, with Mane proving one of the German’s most important players since joining from Southampton in 2016.

Having already experienced life without the No. 19 last month, when he missed three domestic games through suspension, the severity of Mane’s absence is clear.

And taking to social media and our forums on the news, supporters lamented Mane’s layoff, as well as suggesting possible alternatives for the winger.

Sadio Mane out for six weeks with hamstring injury.

Massive blow for us that #mane ?

Me, after hearing Mané is out injured for the next six weeks. pic.twitter.com/hg43wUNpbS

“How much more bad luck with injuries can we have? It exposes the lack of depth and quality to our squad.”

Mané out for 6 weeks. May as well write off until after Christmas and hope for an unbelievable run in the New Year. #LFC

Mane out for 6 weeks pic.twitter.com/sAZIGVVd9M

“Wonderful. Could’ve been our first big game with all 4 main guys available. Now there’s no doubt who starts.”

– Zoran on the forums.

Mane out for 6 weeks, this will feel like 6 years

Fuck international football! Tearing a hamstring is on the coach 100%

“Never a fan of internationals…screw it…players coming back worn out…injured…the clubs who pay their huge wages ends up on the losing end.”

Mane huge blow for #LFC obviously but this is why you spend £35m on Oxlade-Chamberlain, surely? If he can't get a run now, when does he?

“The Ox or Solanke should get a chance and Lallana is back soon. Not all doom and gloom.”

With Mane out Coutinho is needed in the front three.

Time for Ox to get his chance in CM & be the creative spark.

Now Mane is unfortunately injured, Klopp has no excuses for not starting Chamberlain. Give him the opportunities while Mane recovers.

“This could be an absolute hoofing at the weekend for us.”

We're going into safe mode aren't we? Like the end of last season when Mané was out. Will all hinge on how resilient we are.

2.2 – Liverpool average 2.2 PL goals with Sadio Mane in the side compared to 1.6 goals without him since his debut in Aug 2016. Hamstrung. pic.twitter.com/efoZCvYp8N