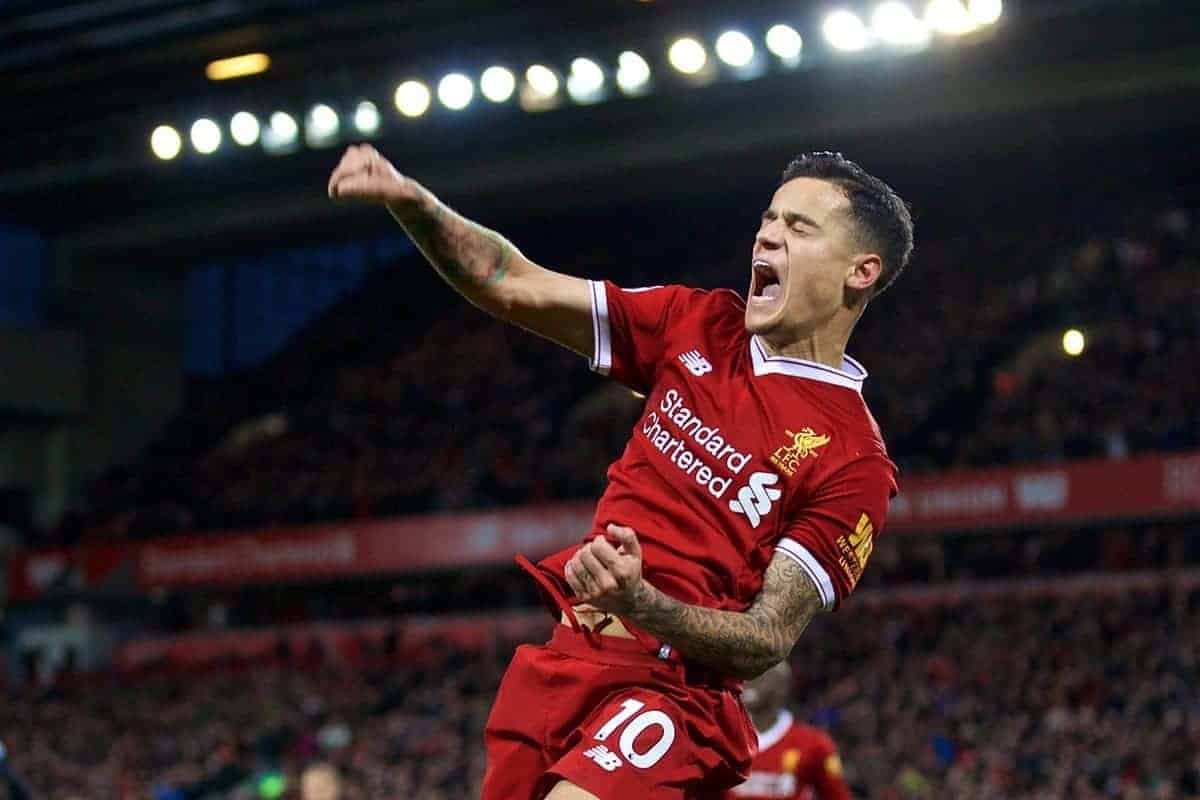 Liverpool marked their return to Premier League action with a bang, cruising past Southampton with an impressive 3-0 victory at Anfield.

Jurgen Klopp’s side returned from the international break looking to pick up from where they left off by extending their winning streak to four successive games.

A superb brace from Mohamed Salah and a Philippe Coutinho strike in an accomplished team performance ensured the Reds did just that.

Liverpool took control of proceedings, with Coutinho—centre of Southampton’s attention—buzzing around and becoming an increasing influence as the game progressed. Chances were few and far between in the opening exchanges, but the deadlock was broken on 32 minutes, when Salah curled a beauty into the far corner from the edge of the box for his 13th goal of the season. The lethal Egyptian soon notched his second to double the lead before the break—latching onto Coutinho’s clever pass and finishing superbly to equal the 14 goals his provider posted as top scorer last season. Coutinho turned from provider to goalscorer to wrap up victory on 68 minutes, finishing on the follow-up with what proved to be his last touch of the game as he made way for Emre Can to receive a trademark Klopp embrace. Not even the Virgil van Dijk could stop the Reds at Anfield, and the Saints centre-back probably spent the afternoon wishing he was on the opposite team as Coutinho, Salah, Sadio Mane and Roberto Firmino ran rings around the visitors.

It was a great win for the Reds, but there’s little time for Klopp and his players to celebrate, with a huge Champions League clash against Sevilla on Tuesday night already looming.