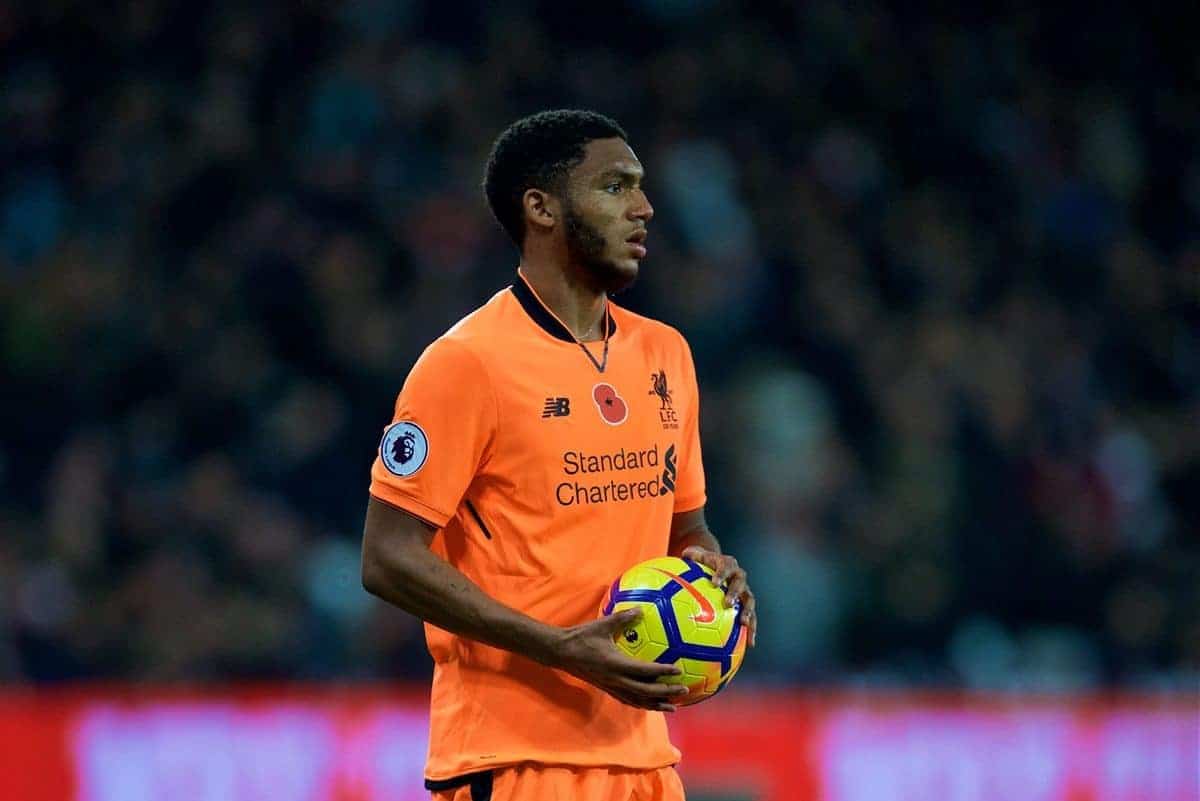 Liverpool are set to line up with two change from the win over Southampton when they take on Sevilla in the Champions League on Tuesday night.

The Reds have travelled to Andalusia for their fifth Group E outing, with victory at the Ramon Sanchez Pizjuan enough to secure progress to the last 16.

Jurgen Klopp‘s side drew 2-2 with Sevilla in their last meeting, but have since taken seven points from three games, including two victories over Maribor.

They are currently on a four-game winning streak, and Klopp will be eager to extend that to five as he utilises his squad for a vital European away clash.

Loris Karius takes over from Simon Mignolet, serving as Liverpool’s Champions League goalkeeper, with the young German keeping two clean sheets out of four so far.

He will be marshalling a back four of Joe Gomez, Dejan Lovren, Ragnar Klavan and Alberto Moreno, with Joel Matip saved for Saturday’s clash with Chelsea.

And in midfield, Jordan Henderson is set to operate as Klopp’s No. 6, with Georginio Wijnaldum and Philippe Coutinho supporting a three-man attack of Mohamed Salah, Sadio Mane and Roberto Firmino.

Sevilla prepared for Tuesday’s clash with a 2-1 win over Celta Vigo in La Liga, with goals from Luis Muriel and Nolito sealing the three points.

They will provide the Reds with a major test of their credentials, but Klopp’s side can take confidence from their excellent form of late.