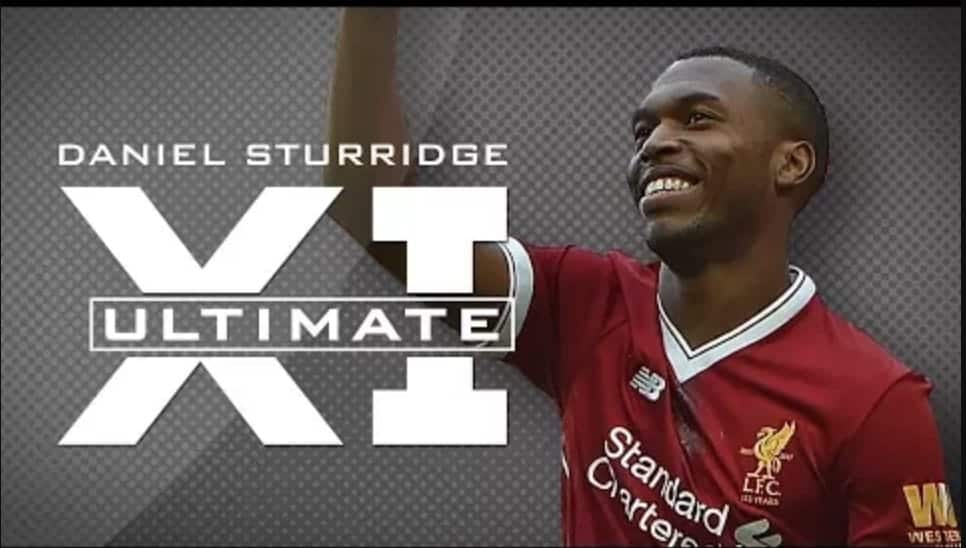 Daniel Sturridge has picked his Ultimate XI from players he has played with and against, with just one Liverpool player making the cut.

Sturridge’s career may have been hampered by injury, but he has still shone at the top level of a number of years.

The 28-year-old has represented Liverpool, England, Man City and Chelsea, outlining his pedigree, plying his trade alongside some world-class footballers in that time.

The Reds striker has selected his Ultimate XI of teammates and opponents over the last decade and it’s fair to say it’s a special lineup.

Petr Cech is named in goal, which Simon Mignolet probably can’t have too many qualms about, while Ashley Cole, another of his former Chelsea teammates, is an understandable choice at left-back.

Steven Gerrard is the only Liverpool player to make the cut, with Sturridge explaining his reasons for selecting the Reds legend.

“Stevie’s got to go in there, obviously, he said“.

“I had the pleasure of playing with him for a few seasons. He’s a strikers’ dream – someone who could pick a pass out from 40 or 50 yards onto your toe, and you don’t even have to break stride.”

Gerrard’s famous outside-of-the-foot assist for Sturridge at Fulham in 2013/14 is a perfect example of his creative brilliance.

Italian playmaking great Andrea Pirlo accompanies Gerrard in the middle of the park, which is a duo any midfield in history would find hard to get the better of in their prime.

Lionel Messi and Cristiano Ronaldo are the two best players of their generation, and of all-time for that matter, so it is no surprise to see them on either flank.

There is no place for Luis Suarez in attack, but it may not come as the greatest shock to many. Sturridge and his former strike partner were not thought to have seen eye to eye during their time at Anfield.

Nicolas Anelka and Didier Drogba are picked as the front-two instead.

It is hard to pick holes in Sturridge’s team, although it seems hard to justify not including Suarez, given his genius.