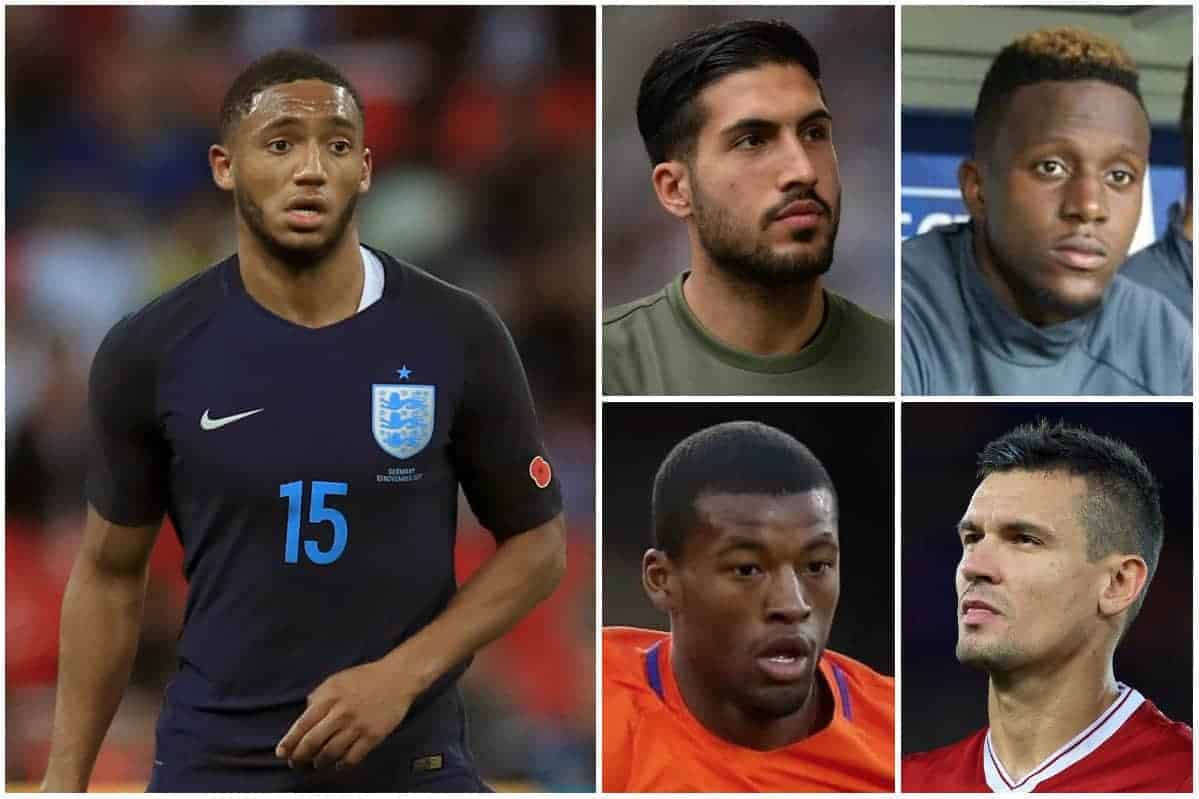 We round up how Jurgen Klopp‘s Liverpool internationals fared in the first round of fixtures in the November break, with a host of positives to take.

Joe Gomez capped his remarkable rise since suffering a ruptured ACL with the England U21s just over two years ago when he made his debut for the senior side on Friday night.

The 20-year-old replaced the injured Phil Jones after just 25 minutes at Wembley, producing a solid display as the Three Lions drew 0-0 with Germany.

Emre Can replaced Julian Draxler midway through the second half to join Gomez on the field.

Elsewhere, Sadio Mane was influential throughout as Senegal booked a place at their first World Cup since 2002 with a 2-0 win away to South Africa.

Mane played the full 90 minutes, and played a hand in both goals, assisting Diafra Sakho’s opener before his shot was saved, only to be bundled home for an unfortunate own goal.

Similarly successful on the field was Dejan Lovren, who played the full 90 minutes as Croatia produced a priceless 4-1 win over Greece in their World Cup play-off first leg on Thursday night. Ben Woodburn took to the field just after the hour alongside fellow youngsters Ethan Ampadu and David Brooks to provides Wales with a glimpse of the future in their 2-0 loss to France.

Danny Ward, however, sat out, with Wayne Hennessey still preferred as Chris Coleman’s No. 1.

Georginio Wijnaldum and Andrew Robertson both started and remained on the field throughout as the Netherlands beat Scotland 1-0 in a friendly clash on Thursday night.

In Brazil’s friendly against Japan in Lille, however, neither Philippe Coutinho or Roberto Firmino featured.

Rounding off Liverpool’s senior representatives, Divock Origi replaced Romelu Lukaku with two minutes to play as Belgium were held to a 3-3 draw in their friendly with Mexico.

But just like Simon Mignolet in Brussels, Marko Grujic was forced to watch on from the bench as Serbia won 2-0 away to China.

And on the youth stage, Dominic Solanke scored the first and played a hand in the second as the England U21s won 2-0 away to Ukraine in their European U21 qualifier.

Trent Alexander-Arnold stayed on the bench, while Solanke is now expected to join up with Gareth Southgate’s England squad for Tuesday night’s clash with Brazil.

Kamil Grabara was an unused substitute as the Poland U21s drew 2-2 away to the Faroe Islands, as he continues to play second fiddle to Tomasz Loska.

Corey Whelan is more fortunate with the Republic of Ireland U21s, however, with the versatile defender playing another 90 minutes as his side sealed a 4-0 win at home to Israel. The man who handed Whelan the Liverpool U23s armband in the summer, Harry Wilson, also started for his country.

But the winger, turning out for the Wales U21s, suffered a humiliating 4-0 loss at home to Bosnia & Herzegovina.

Finally, Luis Longstaff started as the England U17s sealed a dramatic 3-2 friendly win at home to Portugal on Wednesday, and was replaced after 57 minutes by Curtis Jones.

Elijah Dixon-Bonner, the third Liverpool player called up by Steve Cooper, stayed on the sidelines.

The young Lions trio, along with Alberto Moreno and Naby Keita, will all be back in action on Saturday.