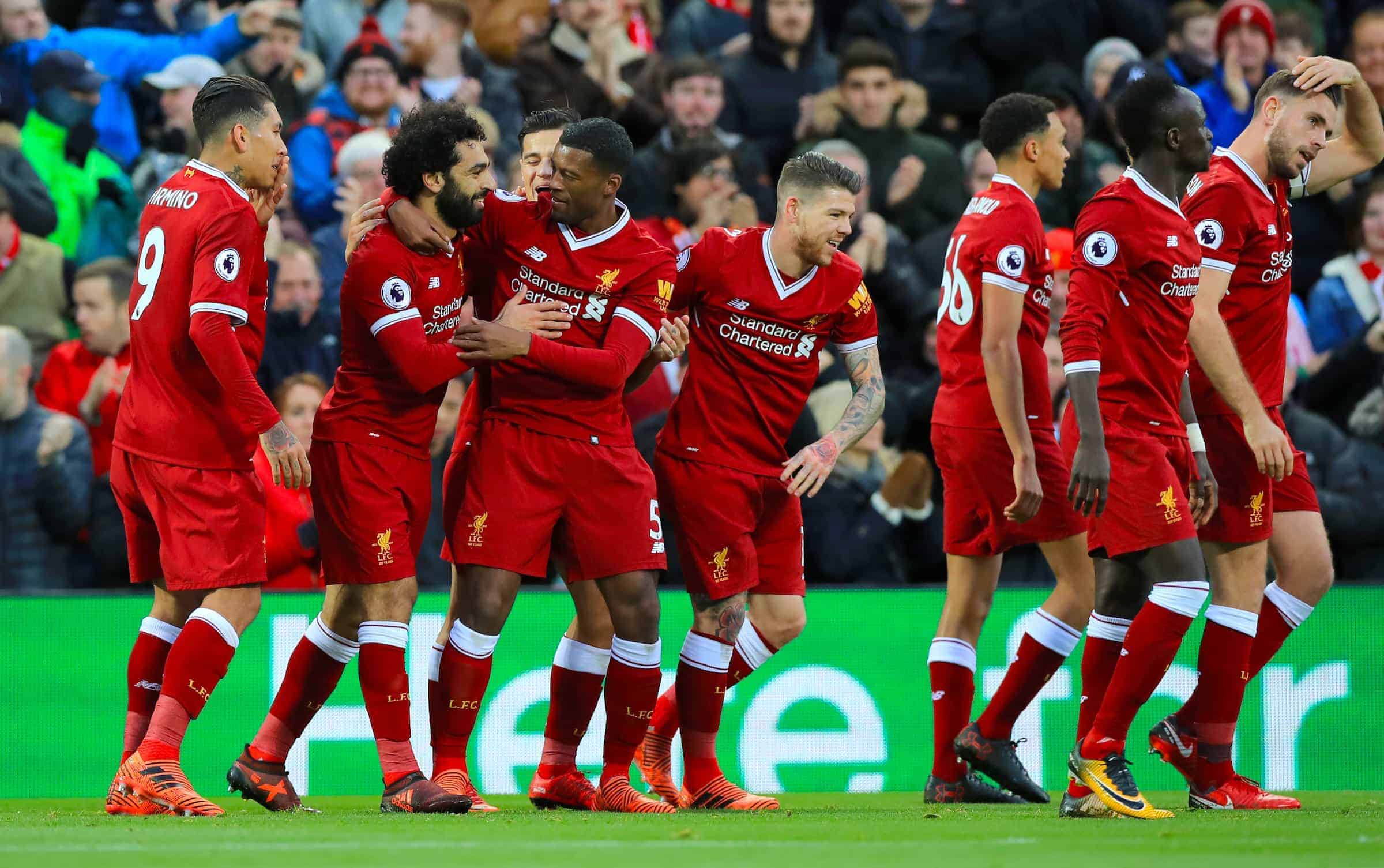 Liverpool dispatched Southampton with ease, the once bogey team of Jurgen Klopp‘s Reds, they left Anfield with a lesson in how to attack.

It wouldn’t be a Liverpool game without one shaky Mignolet moment and we got that again, almost having the ball pinched off him inside his own six-yard box in the first half. However, it didn’t affect the remainder of the game and he commanded the area well.

‘Bombing on’ is very much an Alexander-Arnold trait and he used this again to good effect. More lively in the first half than the second the young defender had a solid game. Making the position look his own with the more experience he gains.

Not short of problems lately but the defender showed the good side of his game against Southampton.

Utilised as the right side of the centre-back pairing for the first time this season, Lovren had a ‘good day at the office’, something that can’t be said that often of late. Made a terrific block on Boufal in the 50th minute, denying a certain close range shot on target.

Will be thankful that Southampton offered little to test any of the back four. Covered well when Moreno broke forward and constantly communicated with his fellow CB, Lovren.

Found himself in the opposition box with the goal at his mercy but was unable to steer the chance goalwards. It didn’t matter, and the once crucified left back put in another all-around shift that saw him as a danger whenever he broke forward.

Has looked more focused and happier of late, for a player once ostracised by the manager he now commands the position as his own. A safe performance by the captain, very little to be critical of apart from – can he play the ball forward more? Even though Liverpool won comfortably, there was a point at 0-0 where his sidewards and backward play stifled the attack. Was pushed out to a wider position once Emre Can made a late appearance as a substitute.

Winjaldum loves playing at Anfield and it shows. The Dutchman drives forward at any given opportunity and can frequently be found just outside the 18-yard box as he looks to be involved in the attack. Unafraid to get his boots dirty at tracking back or doing the legwork in the central area.

It looks like the magician is finally back. Free from the shackles of the summer he played with a smile across his face. Dangerous whenever on the ball.

A sumptuous ball with the outside of the boot split the Southampton defence apart as he fed the ball to Salah to net his second goal of the game. Topped his day off with a well taken goal before departing to a rapturous applause.

The King of Egypt strutted around the pitch like the royalty he has become. Missing a chance early on he continued in a positive frame and was rewarded on 32 minutes as he curled the opening goal in from 20 yards out – Forster was a spectator.

His second goal was typical of recent performances, clinical in every way. Eight goals in six games, or nine in his first 12; whichever way you look at it he’s deadly up front.

Took a little time to settle, but once he did he was flying. Looked to relish the opportunity of playing against his former side. Full of tricks and deft touches he was a thorn in the Saint’s defence all afternoon. Contributed to the goals with his presence and foresight.

Worked exceptionally hard off the ball which allowed Salah the space to destroy the opposition. Connected well with the midfield pairing of Henderson and Winjaldum as well as with his fellow strike partners The German came on into his preferred deep-lying central midfield role after his adventures with Germany over the international break. Played well but his contract situation could mean appearances off the bench now become the norm.

Speaking in the week the Englishman said he’d found it difficult to adapt to Liverpool’s management style. Hasn’t let it show on the pitch of late and another good display, albeit for 15 minutes, will convince him he now has the ability to play in the system Klopp wants.

Dependable and solid, just what the manager would have wanted for the final 10 minutes. This was the best display in weeks at by Liverpool and for Klopp it should end a dramatic week.

Out of hospital after a problem picked up on a trip to South Africa, the manager made the right tactical choices. Nullifying any threat Southampton had early on the shape and lineup ensured Liverpool cruised to victory.