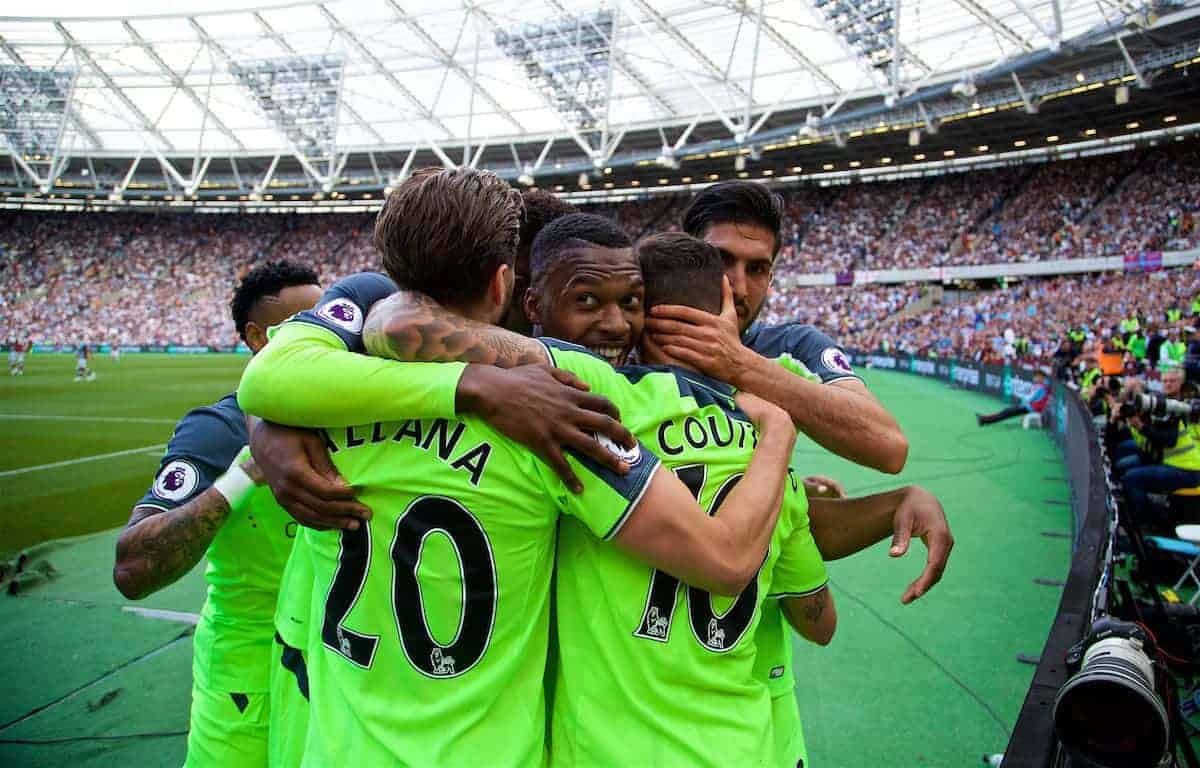 Liverpool travel to the London Stadium to take on West Ham on Saturday. Here are the key stats and facts ahead of the Premier League clash.

Last season Liverpool recorded their biggest victory at West Ham for 41 years when they recorded a 4-0 victory. It was their first visit to the London Stadium.

Daniel Sturridge (35 minutes) gave the Reds a half-time lead before Philippe Coutinho scored twice on 57 and 62 minutes with Divock Origi completing the scoring with 14 minutes remaining.

It gave Liverpool a record 52nd victory on an away Premier League ground.

But it is the Reds’ only victory in the last four league meetings with the Hammers home and away.

West Ham have never won a home league game on this ground after going behind.

In their 23 league games at the London Stadium they have lost 10 and won nine. This was after losing 10 of the 40 they played at Upton Park immediately before their move.

In their last 23 top-flight games at their former ground they were beaten just four times.

West Ham‘s tally of nine points from their first 10 Premier League games is their lowest in seven years.

Goal-Heavy Reds on the Road

The Reds are averaging exactly two goals per game from their nine away fixtures this season in league and cup.

In all competitions they have netted 14 goals in the last four home and away matches.

Lively Second Half Ahead?

West Ham have conceded six goals from the 85th minute of league games this season—costing them five points.

They have not scored a second-half goal in their last three league matches. James Milner‘s first appearance as a senior professional came against the Hammers at Upton Park 15 years ago this month as a substitute, a game his Leeds team won 4-3.

The last Reds player to score three against the Hammers was Fernando Torres at Anfield in March 2008.

Klopp’s men have kept clean sheets in four of their last five league and cup games.