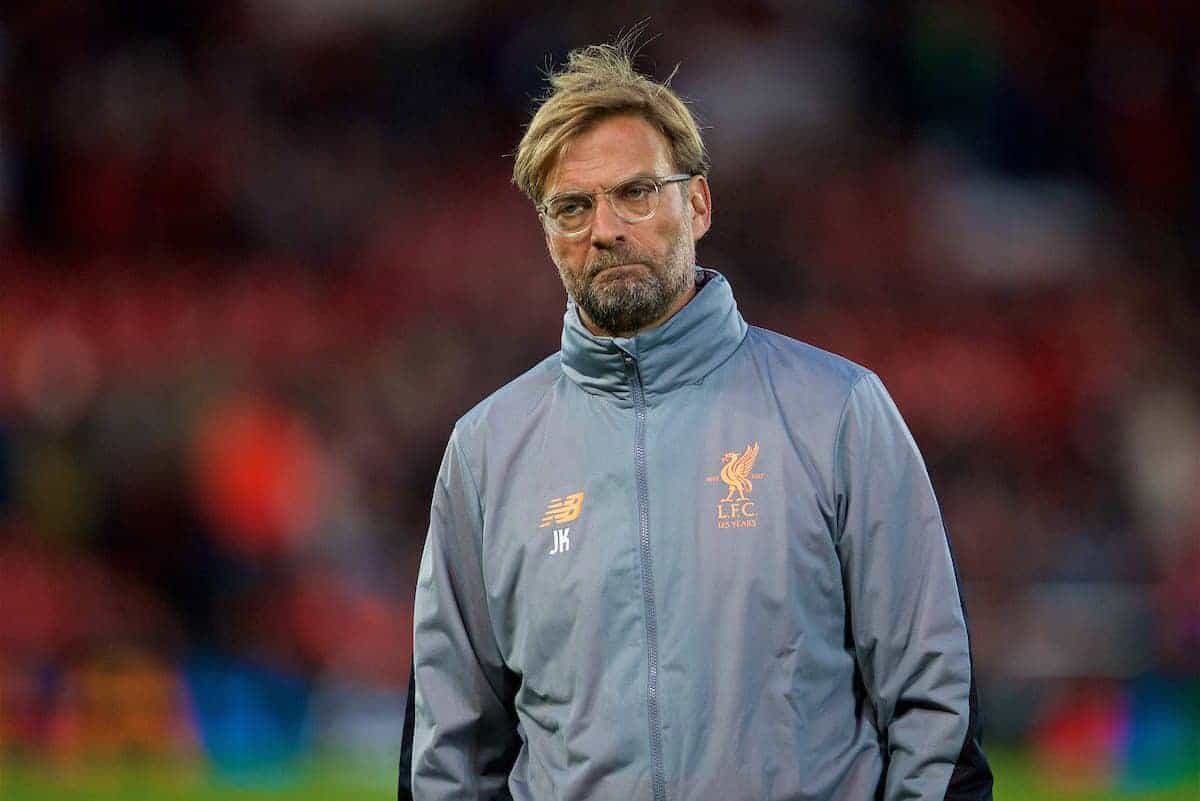 Should Jurgen Klopp‘s game management come under question after Liverpool saw Sevilla fight back from 3-0 down to draw 3-3 on Tuesday?

The Reds allowed a comfortable lead slip as Roberto Firmino‘s brace and Sadio Mane‘s diving header were cancelled out by two goals from Wissam Ben Yedder and one from Guido Pizarro in Spain.

Having the guarantee of top spot and qualification from Group E in the Champions League in their grasp, Klopp’s side now need to get a result from their home clash with Spartak Moscow to progress.

That night at Anfield on December 6 should have been a dead rubber, allowing Klopp to rotate his side between clashes with Brighton & Hove Albion and Everton.

But now it serves as an encounter that demands a performance of resilience and cutting edge, as Liverpool undermined their excellent work in the first half at the Ramon Sanchez Pizjuan.

The nature of their collapse in Seville mirrored that of their Europa League final loss to the same side back in 2016, when they lost 3-1 after holding a 1-0 lead at half-time.

And this is far from a rare occurrence for the Reds under Klopp, as Twitter user @natefc noted after full-time in Spain:

21st time that Klopp's Liverpool have dropped points from a winning position. fifth time when Liverpool's had a 2-0 lead or better. In 119 games as manager.

Liverpool have dropped points from a winning position in over a sixth of their games since Klopp took charge towards the end of 2015.

Tuesday night was the fifth time they relinquished a lead of at least two goals, which serves to highlight their lack of stability despite a commanding first half against Sevilla.

The Reds have long been considered to have a brittle core, with their defensive issues once again coming to the fore in midweek after three clean sheets in four games previously.

And the lack of protection from the midfield, and from captain Jordan Henderson in particular, was alarming.

Should Klopp have withdrawn the struggling Alberto Moreno sooner? The Spaniard committed two glaring errors leading to goals for his former side after the break.

Should the manager have introduced Emre Can before the 62-minute mark? The 23-year-old’s added steel and physicality could have bolstered a flagging unit in the middle of the park.

Could Klopp have tweaked his formation once ahead? He had spoken directly before the game about how his side had taken up “a more defensive approach” after their 4-1 loss at Tottenham.

“We will have to show our new maturity 100 percent in this atmosphere,” he said.

“We do not need to run in only one direction and win in the first second. We have to show how the last games were against a quality opponent.”

That certainly wasn’t the case on Tuesday night, and Klopp’s influence off the field should come into question just as much as his players on it.