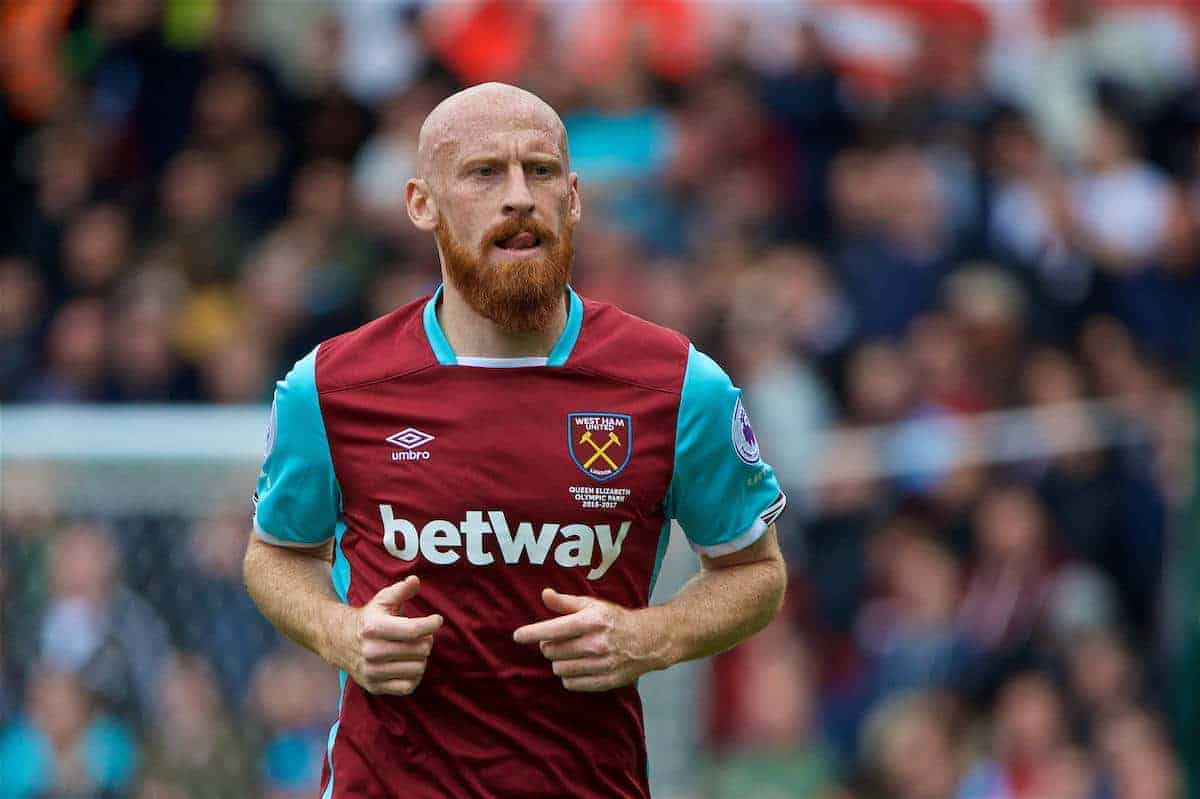 Ahead of Liverpool’s trip to West Ham on Saturday evening, Hammers boss Slaven Bilic finds himself with a number of injuries at the back.

The Reds head to the London Stadium for their last Premier League encounter for two weeks, with international football taking centre stage next weekend.

Jurgen Klopp may be without several key figures, most notably Philippe Coutinho, Sadio Mane and Adam Lallana, but West Ham are also suffering in the injury department.

Veteran James Collins is still missing – the Welshman is someone who has produced some excellent performances against Liverpool down the years – and Sam Byram has now joined him on the sidelines.

Jose Fonte picked up an injury in the 2-2 draw at Crystal Palace last weekend, which is another blow, and away from defence, Michail Antonio is also absent.

The Englishman has scored in the two of the Reds’ last three trips to east London, so his absence is also a welcome bonus. Former Man City right-back Pablo Zabaleta is suspended for the game, and his experience will be a big loss for the hosts.

On the plus side for Bilic, key defenders Winston Reid and Aaron Cresswell will be fit for the match, with the latter taking on his boyhood club.

It’s likely that the Hammers’ defence will be Declan Rice, Reid, Angelo Ogbonna and Cresswell, although Bilic has gone with a back five at times this season.

Hopefully, these West Ham injuries work in Liverpool’s favour on Saturday, as they look to win a third game in succession.

Last weekend’s 3-0 victory at home to Huddersfield Town was backed up by a win of the same scoreline against Maribor, as Klopp’s men slowly rid themselves of a horror showing at Tottenham on October 22.

Saturday’s encounter should be an intriguing one – it’s fair to both sides will be under-strength.