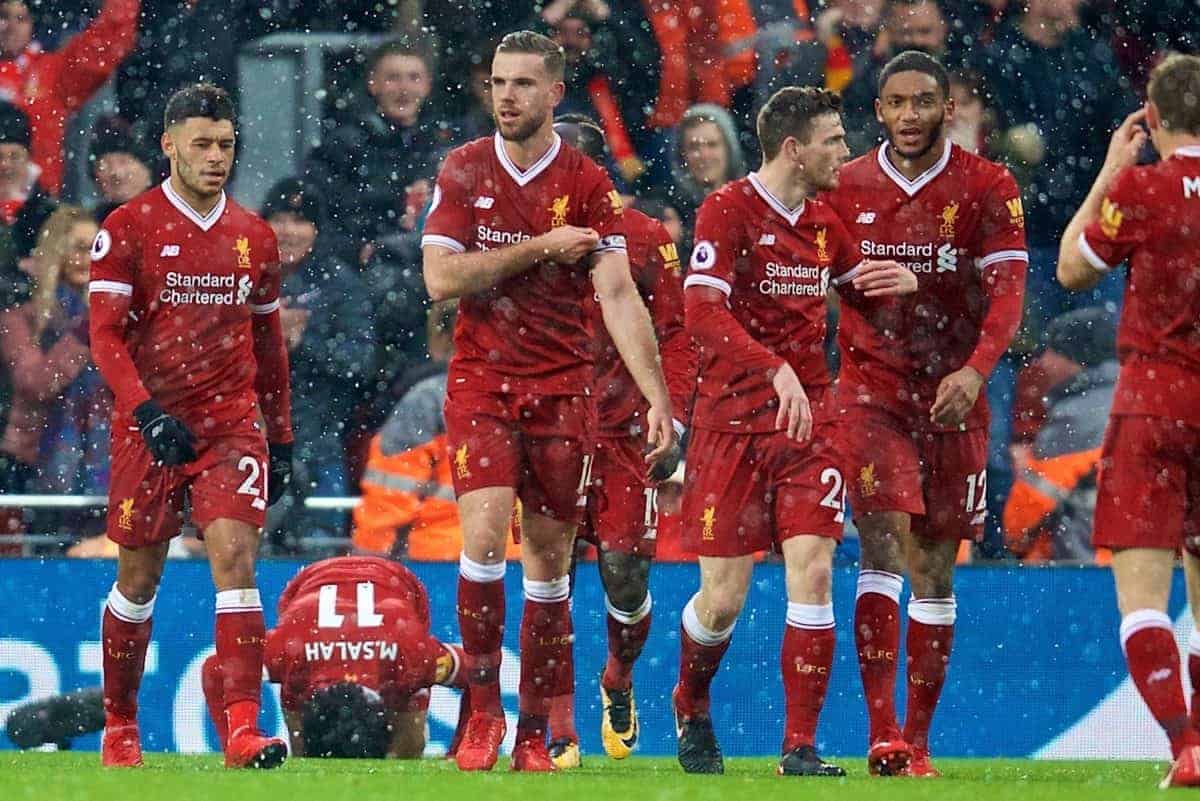 After seeing the ‘Fab Four’ denied by West Brom, Jurgen Klopp faces an interesting call in how to reshape his Liverpool XI against Bournemouth.

Klopp’s side head to Dean Court for the first of back-to-back away games looking to recover points lost in frustrating successive Anfield draws.

What should have been the continuation of a rewarding early festive run has proved disappointingly fruitless, and the Reds are now clinging onto the top-four race having dropped out of the coveted spots.

Victory is essential against Eddie Howe’s side to avoid any further ground being lost, but Klopp has an interesting decision in how to set up the Reds as he seeks a much-needed three points.

Liverpool’s XI vs. The Cherries

Klopp will rotate again but faces an intriguing call in how to reshape the Reds having seen his best attack – and arguably, lineup – thwarted by lowly West Brom.

Despite that, Klopp could stick with his main quartet in hope they instantly rediscover the lethal touch, and rotate around them for a game in which three points is non-negotiable.

The majority of changes would see freshness injected into defence, where Klopp has already confirmed Mignolet will replace Loris Karius.

And providing each do indeed shake off knocks as Klopp has suggested, rested duo Gomez and Milner could slot into the full-back positions.

A fourth and final switch would see Henderson provide energy in place of Can, with the captain’s return potentially triggering a switch back to 4-3-3. Alternatively, Klopp could break up the quartet and continue adding to the hefty 65 changes made to the team this season by fielding a more rotated side.

The West Brom draw showed the front four are perhaps feeling the effects of the relentless schedule, so Klopp could decide more energy in midfield and sharpness in attack is required.

Henderson’s midfield return could be followed by Oxlade-Chamberlain – with a right-side role a possibility for the latter if Klopp keeps with his fluid 4-4-2 system.

Therefore Solanke, who will be more determined than ever to finally grab his first Reds goal, would be restored to partner Roberto Firmino.

But in defence, Alexander-Arnold could continue to give Gomez a chance to fully recover for the trip to Arsenal.

This would leave both Sadio Mane and Mohamed Salah alongside Adam Lallana as three incredible go-to options on an incredibly strong bench. The Reds cannot afford any further slip-ups against beatable opponents, and victory against the Cherries is an absolute must to ensure Klopp’s side keep up with the leading pack.