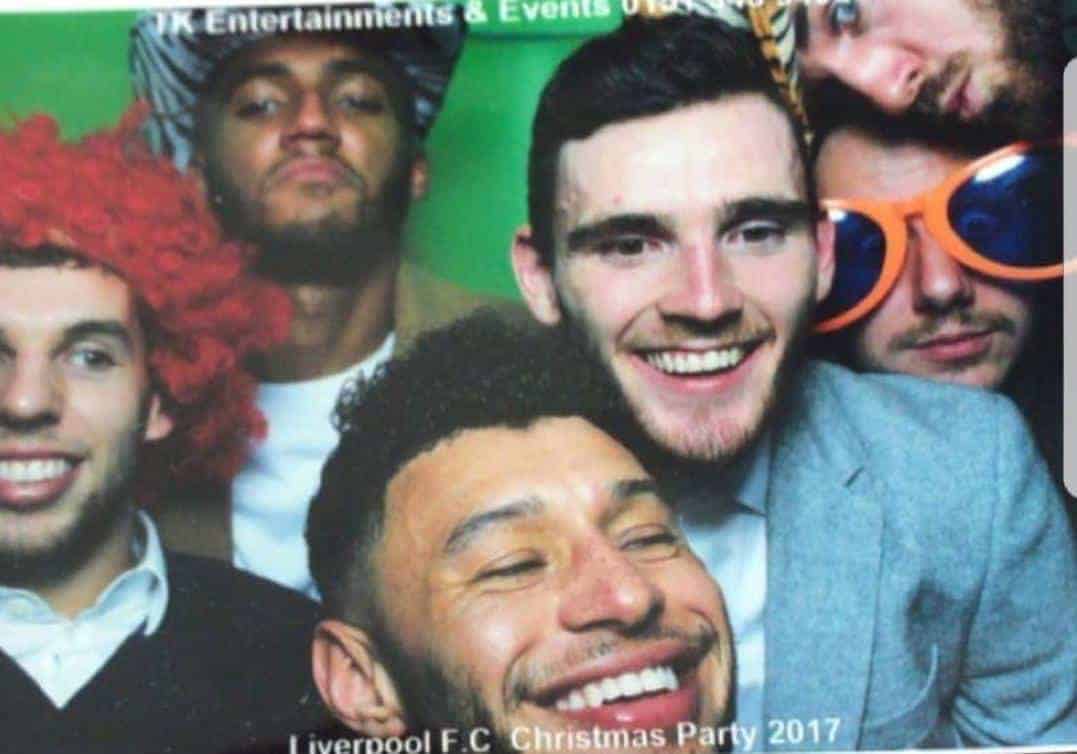 Liverpool’s first team celebrated their triumph over Bournemouth on Sunday in style by heading out for their annual Christmas party afterward.

The traditional winter celebration saw the Reds players and senior staff from Melwood converge on Formby Hall with their partners.

Unsurprisingly there were plenty of images and videos from the occasion shared on social media.

It’s always pleasing to see the squad showing togetherness and good morale, which was highlighted on Sunday with Alex Oxlade-Chamberlain‘s intervening on Philippe Coutinho’s behalf post-game.

The Reds wrapped up the points on the south coast with a 4-0 triumph over Bournemouth.

Back to winning ways! 4 goals, 3 points & a clean sheet ??? Thanks fans for the support! ? #LFC #YNWA pic.twitter.com/9nRBGX1yJC

Then it was straight back up north to prepare for the evening’s festivities—and plenty of sign that the Reds were in positive mood.

Stealing the show was midfielder Gini Wijnaldum, capturing himself, Jordan Henderson and Joe Gomez signing the fans’ song for the Dutchman.

Alberto Moreno was looking resplendent in a bow tie—the left-back missed the game at Bournemouth as he is still recovering from injury at present.

Roberto Firmino: more style on the pitch or in his wardrobe? pic.twitter.com/4KIzlHVdYS

…while Jon Flanagan also popped up in the long list of Coutinho-themed selfies.

This year the party would have been somewhat different in mindset and satisfaction from last year, certainly on the part of the coaches.

Following a 3-0 defeat to Watford on December 20 a year ago, Klopp labelled it “most disappointing moment in my whole Liverpool FC life.”

Contrast that to Klopp’s words after the 4-0 win over Bournemouth: “I am really pleased about everything…it was well deserved and I enjoyed the performances.”

Clearly the Reds went into the party in a much better frame of mind—and the night off was richly deserved given recent performances.