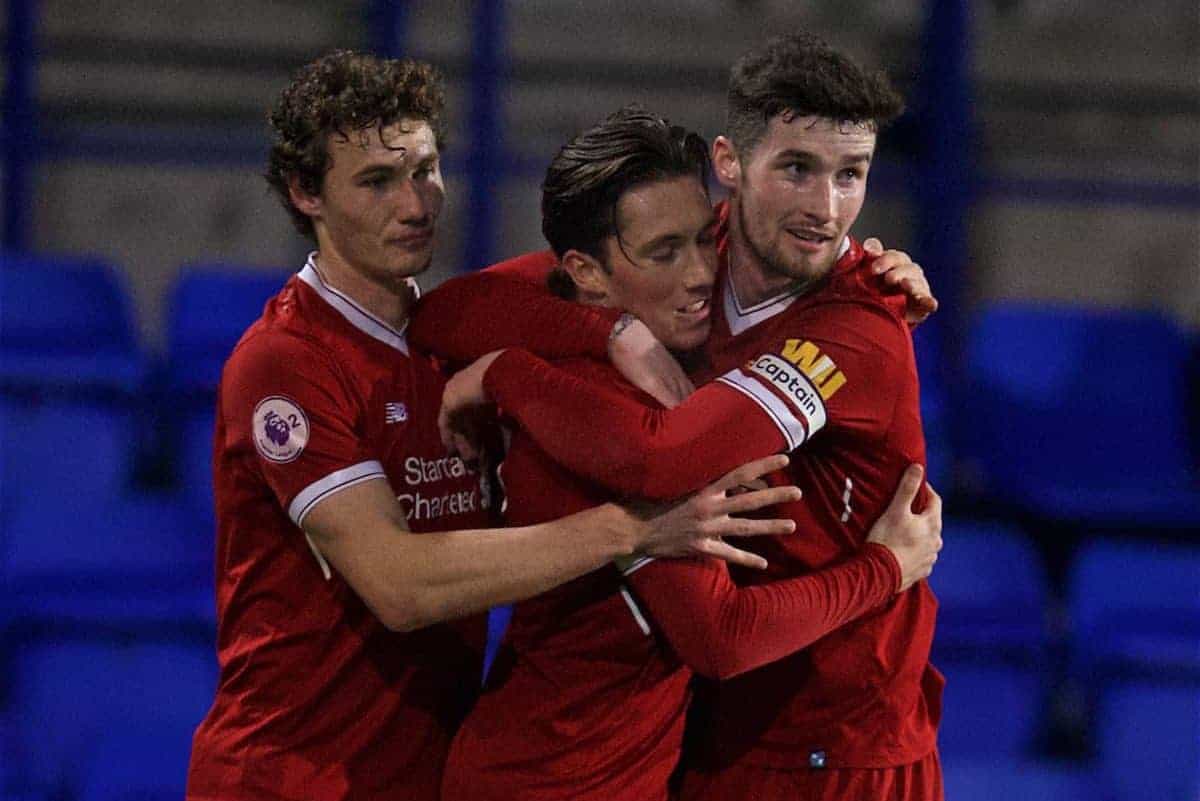 Neil Critchley‘s side produced an impressive display against their Dutch counterparts at Prenton Park, with Brewster’s early goal the highlight of the night.

The Reds forward capped an incredible 2017 with a goal and an assist. The 17-year-old opened the scoring by chesting down Lloyd Jones’ long ball and firing in from the edge of the box. It was a sensational finish.

Rhian Brewster is boss! Opens the scoring for the #LFCU23s vs PSV pic.twitter.com/xkcKi7N1Ok

Brewster was the assist maker not long after, providing a perfect ball across for Harry Wilson after Ovie Ejaria had won the ball on the halfway line.

Critchley’s side knew that goals were needed in order to ensure top spot in their group and therefore progress in the Premier League International Cup, and they pushed for more goals in the second half. Brewster won a penalty in the second half, scythed down in the box by PSV defender Soulas who was already booked.

Cameron Brannagan stepped up to take the spot kick, but rattled the cross bar rather than the back of the net.

Soulas then eventually saw red for a second yellow card, and Liverpool added the deserved third in the 64th minute when Matty Virtue broke down the right and fired across goal past the ‘keeper.

Liverpool could and perhaps should have had more goals late on, with substitute Herbie Kane twice going close to making it 4-0.

Top performance from @LFC u23s tonight. Really enjoyed watching the boys play against PSV. Full credit to Neil Critchley & the staff. The u18s winning this morning too – Great for the academy to end 2017 on a high & with so many positives

It was a superb result and performance from the young Reds to round off the year, with Brewster and Ejaria particularly impressive.

The result puts Liverpool top of their group, and provided Newcastle don’t win by three clear goals in their final group match the Reds will progress as the group winners.