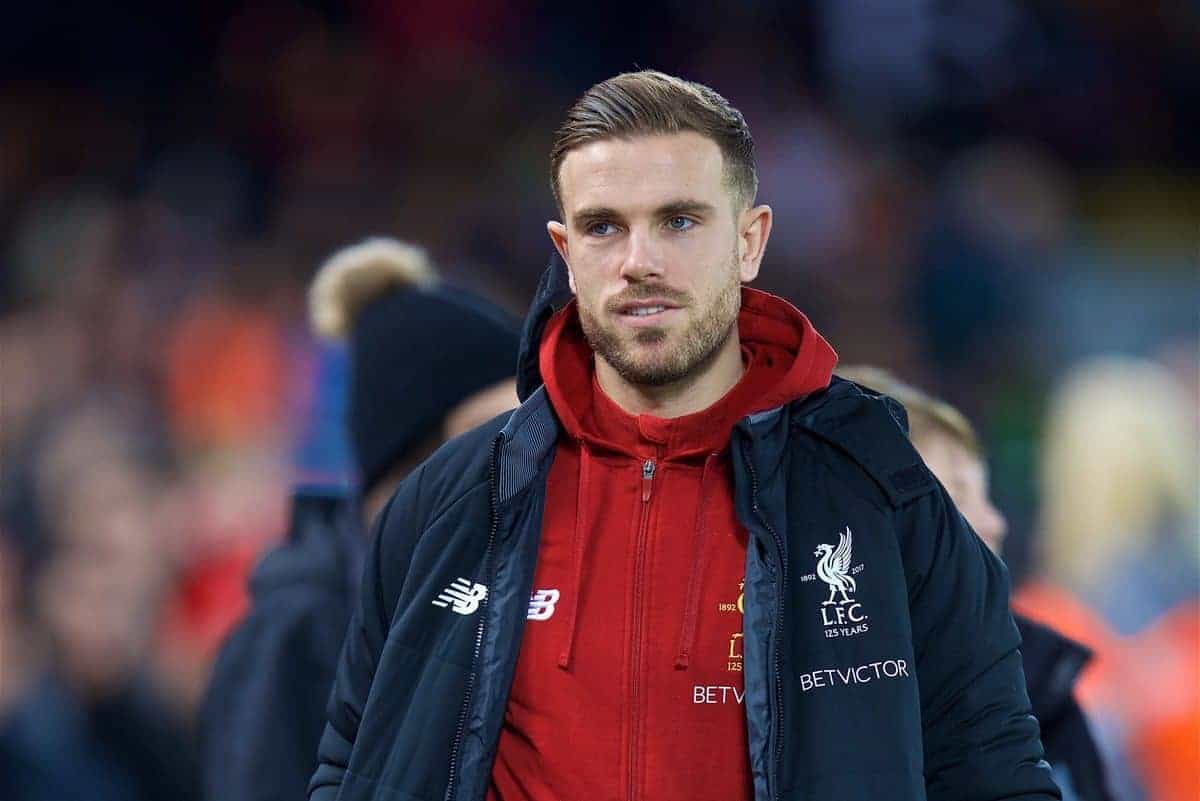 Jurgen Klopp has confirmed both Jordan Henderson and Alberto Moreno will remain sidelined for Liverpool’s two games over the new-year period.

The pair were both absent as the Reds strolled to a 5-0 victory at home to Swansea City on Tuesday evening, with Klopp’s side maintaining their unbeaten run.

Klopp has rotated his squad impressively throughout an intense festive period, but the inability to call upon two of his first-team regulars has been frustrating.

Henderson limped off 12 minutes into Liverpool’s 3-3 draw with Arsenal last time out, while Moreno has been unavailable since the 7-0 win over Spartak Moscow, missing the last five games.

Elsewhere, Joel Matip made his first appearance since the end of November to return at centre-back against the Swans, while Adam Lallana‘s cameo role brought his tally of minutes for the season up to 42.

And with a quick-fire double to come against Leicester City (December 30) and Burnley (January 1), Klopp would have hoped to call upon his captain and his first-choice left-back.

But speaking after the Reds’ latest big victory, Klopp ruled that there is “no chance” they will feature.

“The length of time [out] I actually have no idea, to be honest,” he told reporters.

“But not tomorrow. So both are out for the next two games, for sure. No chance.” Liverpool then play Everton in the third round of the FA Cup on January 5, and Klopp suggested their fitness will be tested ahead of the second Merseyside derby of the season.

Given the short turnover between games as his side head into 2018, Klopp is expected to heavily rotate between the next Anfield clash and the trip to Turf Moor.

But without Henderson and Moreno, his options limited, likely requiring certain players to start both games.