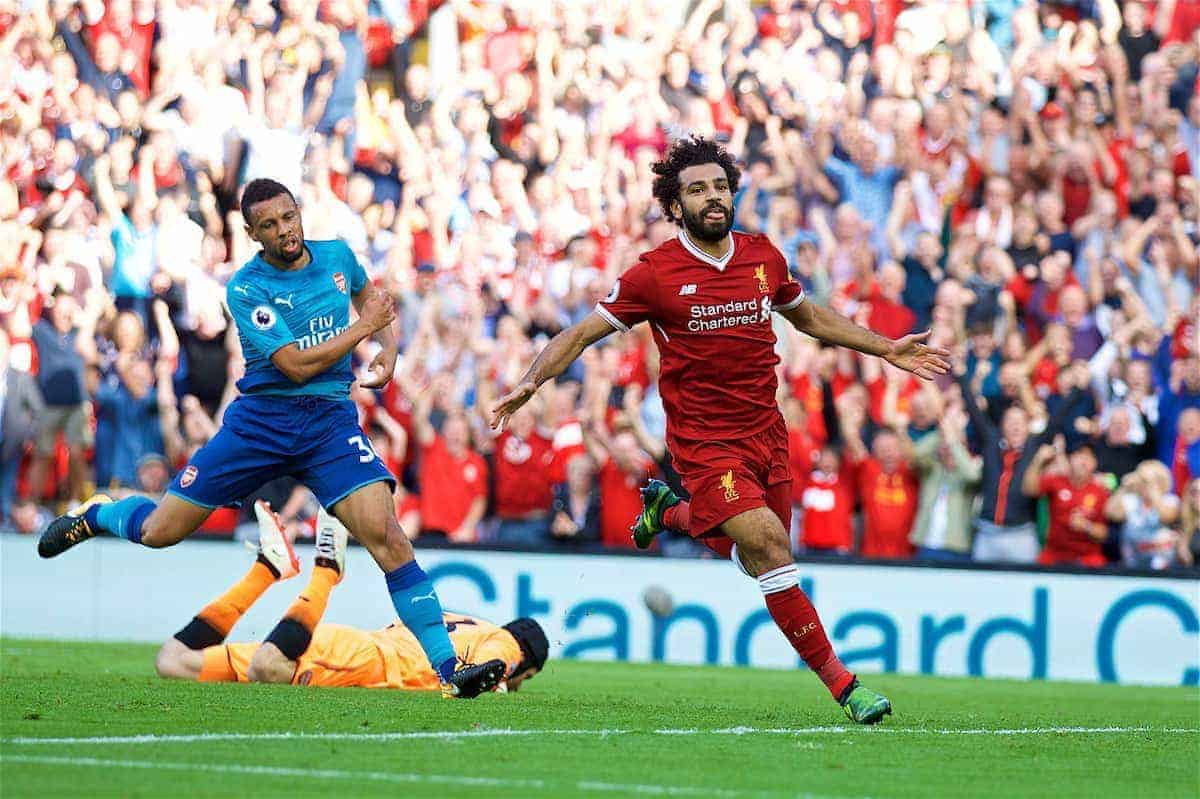 The last Premier League action before Christmas takes place this weekend, with Liverpool’s clash with Arsenal the standout clash.

The Reds returned to their scintillating best last Sunday, thrashing Bournemouth 4-0 at Dean Court, with Mohamed Salah scoring his 20th goal of a so-far-wonderful-season.

Man City‘s remarkable form shows no sign of ending anytime soon, and their 4-1 win at home to Tottenham was proof of that.

Swansea City prop up the other 19 teams after defeat at Everton on Monday night, and Burnley remain in sixth place, after a goalless draw against Brighton & Hove Albion.

There are 10 games to come before Christmas Day – here’s a look at some of the action.

One To Watch: Arsenal vs. Liverpool The best game of the weekend undoubtedly takes place at the Emirates on Friday evening, as the Reds and the Gunners face each other in a mouthwatering contest.

This fixture has become one of the most unmissable in the Premier League, with 21 goals in the last four meetings between the two sides.

It is a match that is almost impossible to predict, but how both defences cope with dangerous attacking units is likely to hold the key to the result.

Arsenal are likely to come at Liverpool from the off, which is a situation Jurgen Klopp‘s side normally flourish in – can they be ruthless in the final third and stop the likes of Mesut Ozil, Alexis Sanchez and Alexandre Lacazette?

Neither Klopp or Arsene Wenger will want to lose this, with both probably content with a point apiece, but just imagine the boost three points would give to the Reds.

Expect a tense, goal-filled evening that is likely to be decided by a moment of genius, a defensive lapse or a controversial referee decision.

One To Avoid: Stoke City vs. West Brom If Arsenal vs. Liverpool is a game that most neutrals will be desperate to sit back and enjoy, West Brom‘s trip to Stoke City looks a tedious fixture.

Both sides are in woeful form, with relegation looking an increasing possibility for the pair, and there is unlikely to be much quality on show.

For Mark Hughes, this is a match Stoke simply must win, as the former Wales international hangs onto his job at the Britannia Stadium. He is surely on the edge of being relieved of his duties.

The Baggies are a lifeless prospect at present, however, scoring just once in their last four outings, and Alan Pardew has a tough job on his hands. The hosts have to fancy their chances.

The two sides are both capable of pulling clear from the relegation places if they click, but that feels a long way off right now.

If this is a thriller, Jose Mourinho plays entertaining football! Both Chelsea and Man United have matches that you look at and think, perhaps rather desperately, “they could drop points this weekend.”

That hasn’t seemed to be the case of late, but with Liverpool facing a tough game for their own, Reds supporters will hope slip-ups occur on Saturday.

Chelsea face the trip to Goodison Park to face Everton, and for once, we could do with Sam Allardyce’s revitalised side getting a positive result.

The west Londoners are not completely convincing at the moment, despite successive wins, and they will have to play well to get a win on Merseyside.

Later on Saturday, United make the trip to the King Power Stadium to face Leicester City, which could be another tight encounter.

The shock 2015/16 Premier League champions may have lost to Crystal Palace last weekend, but they have still been in impressive form, winning four of their last six matches.

United just win matches, despite never looking entirely impressive, and another three points at the King Power would keep them looking pretty in second-place.

One of Liverpool’s top-six rivals will fail to win, at least.