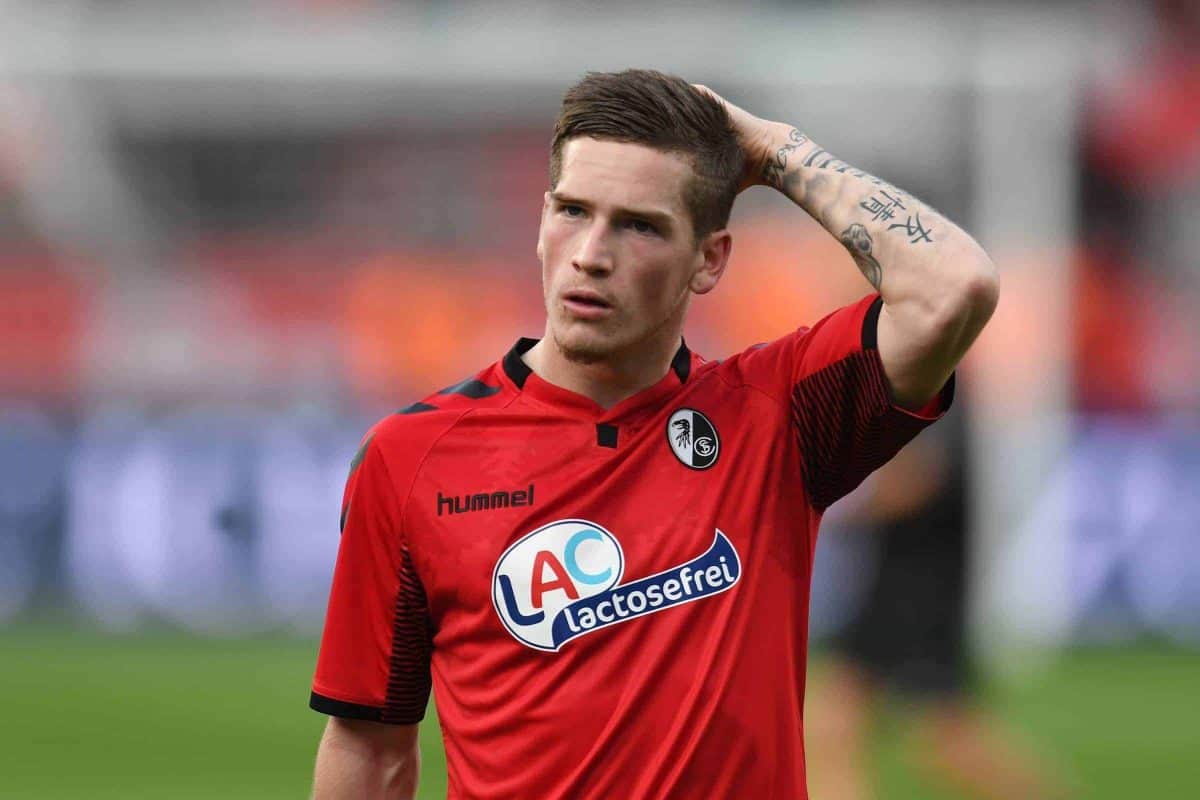 Liverpool are in the process of deciding whether or not to cut short Ryan Kent‘s loan spell at SC Freiburg after a slow start to life in Germany.

Kent made the surprise move to the Bundesliga club on deadline day back in August, joining on a season-long loan deal.

The 21-year-old had enjoyed an impressive pre-season for Liverpool, producing several eye-catching performances, and some were tipping him to break into the first team this season.

That didn’t come to fruition, however, and Kent has since made just six Bundesliga appearances in 2017/18, not featuring since a win over Klopp’s former club Mainz on November 25.

This lack of first-team action has led to Liverpool considering ending the youngster’s loan spell prematurely, according to the Liverpool Echo‘s James Pearce.

There are thought to be a host of Championship clubs interested in acquiring his services between now and May, including Middlesbrough, Derby County and Leeds United.

And a move to a second-tier outfit would arguably benefit Kent more than his current situation.

The Bundesliga is now on its winter break, with Freiburg’s next fixture not until January 13, which gives the Reds time to mull over their decision.

Klopp is a big admirer of the winger, with the report stating he “had initially intended to keep Kent at Liverpool this season having been hugely impressed by his performances in pre-season.”

It is testament to Kent’s attitude that he opted for a move to Germany rather than spend the campaign as a backup option at Anfield.

And the trip abroad will stand him in good stead throughout the rest of his career.

He signed a new long-term deal in August, so it is clear how highly the club think of him—his progress is worth keeping an eye on as the season progresses.

Klopp has always been keen on promoting youth, as proven by the emergence of Joe Gomez and Trent Alexander-Arnold this season, and if he feels Kent is ready eventually, he will not hesitate in giving him a chance.