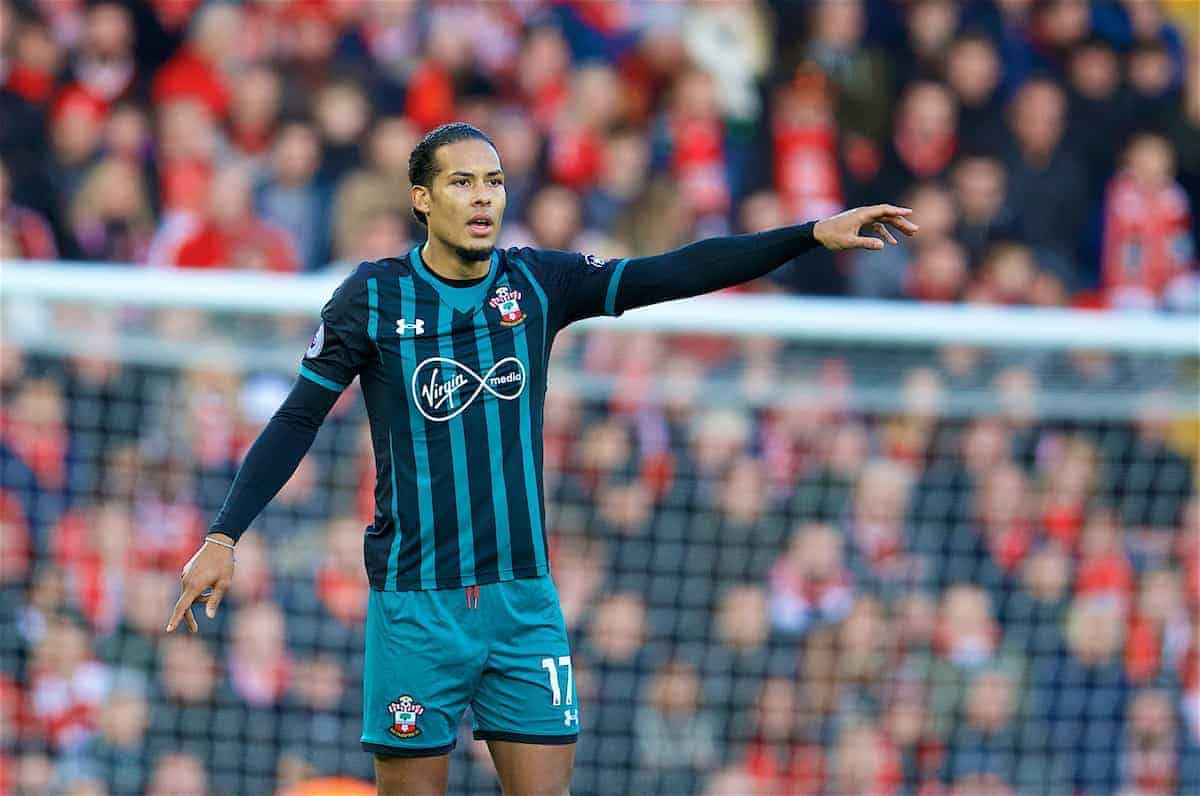 Liverpool have made significant progress in their attempts to sign Southampton centre-back Virgil van Dijk in January, according to a report over the weekend.

The Reds’ 3-3 draw with Arsenal on Friday night once again outlined the need for a new top class defender, with Jurgen Klopp‘s side conceding three goals in less than five minutes at the Emirates.

The misery surrounding the back-line has received a potentially very welcome boost if reports in the Irish Independent are to be believed.

Kevin Palmer, who previously worked at the south coast club for several years as their in-house journalist, claims, “a structured deal that is approaching Southampton’s lavish £70m asking price is close to being agreed, with Liverpool finally getting the green light to negotiate a deal for the Dutch defender.”

If true, it is an extremely positive piece of news for Liverpool and anyone associated with the club, with Van Dijk the Reds’ primary transfer target all summer long.

The Dutchman was left out of Southampton‘s matchday squad for Saturday’s 1-1 draw at home to Huddersfield Town, which immediately sparked rumours about his future. “Virgil, we know there will be a lot of speculation about him he’s important player but I can’t say anything right now,” he said.

“I decided that was best for this moment. This is the reason. I am responsible for picking 11 players, and I intend to pick the best for the team.

“Van Dijk’s future? We have to wait.”

Man City and Chelsea are both reported to have expressed interest in Van Dijk, but it is thought he will be Anfield-bound next month if they don’t match the Reds’ current bid.

Should the 26-year-old make his desired switch to Merseyside, he will also be eligible to play for Liverpool in the Champions League knockout stages.

Reds fans won’t be able to trust any news until a move is literally complete, such was the frustration surrounding it in the summer, but it would be huge if it gets done.