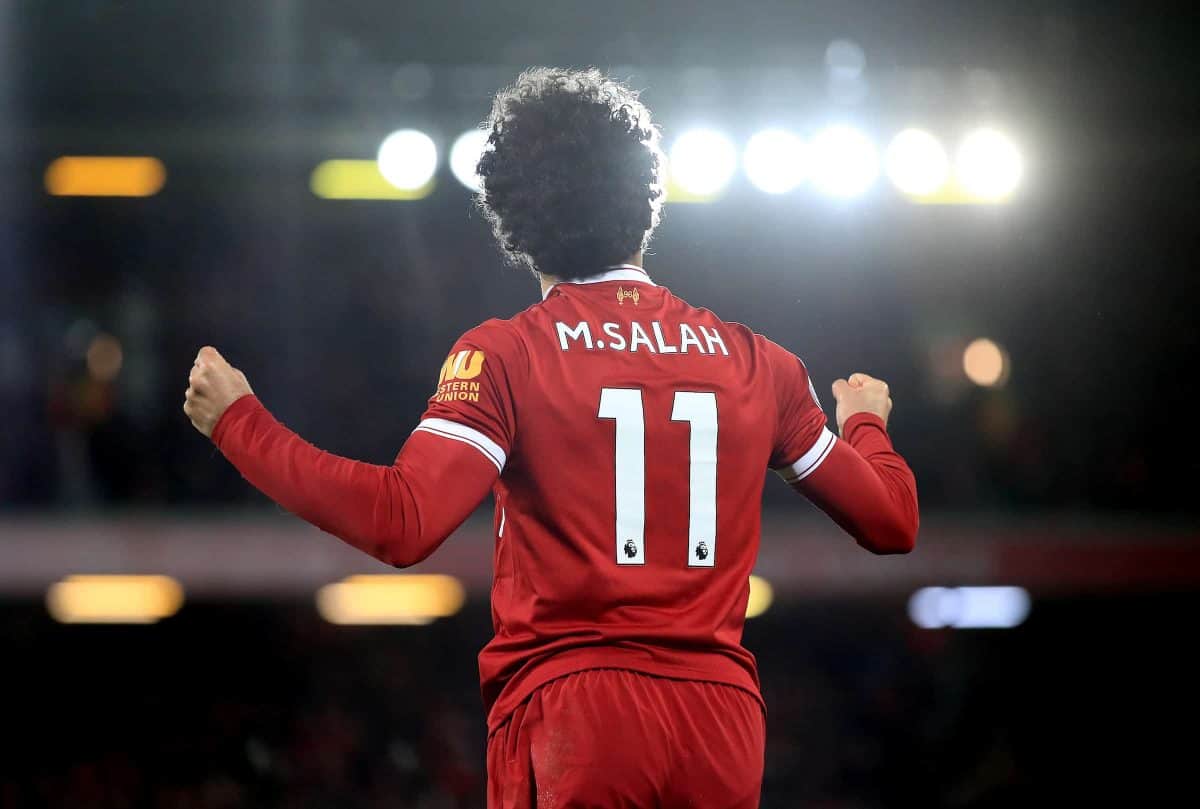 Mohamed Salah‘s goalscoring antics were again the talk of the Kop as Liverpool mounted a comeback win against Leicester at Anfield.

Liverpool had to come from behind to take the three points at Anfield in a feisty encounter against Leicester.

An early defensive lapse saw the Reds a goal down inside three minutes, Jamie Vardy scoring from close range in front of a watching Virgil van Dijk.

Mohamed Salah had three good chances to equalise but failed to add to his goal tally as the Reds were left frustrated, a goal down at the break.

Soon after the restart it was all square though as Sadio Mane‘s backheel released Salah, who danced into space and this time fired in the equaliser.

And the Egyptian rolled his man and buried his second of the afternoon with 15 minutes left to complete a turnaround.

Here’s how the watching fans saw the game unfold…

Liverpool's £75 million signing is already proving to be a hit at Anfield#LFC pic.twitter.com/Yh9jlDO0iR

Great to have the Van Dijk saga over and the player finally at Anfield. He’ll have a huge impact on our defence; authoritative, aerially dominant and comfortable in possession.

Tremendous ovation for Billy Hogan as he took his seat in the Main Stand. Or it could have been for the fella with him Virgil Van Dijk…

…And the early goal conceded by the current back four didn’t help matters.

Virgil Van Dijk shaking his head in the stands. #LIVLEI

That showed why Van Dijk is worth all the money, Matip cant pass and Lovren refuses to pick up Vardys run, great defending as usual.

”Matip with the error but fans will blame Karius and Lovren.”

First-half chances came and went, with Salah in particular missing a few…

Liverpool are actually playing very well. Shouldn't be losing this match. Salah's not got his finishing boots on… yet!

It's been 4 matches and a half but Klopp's Liverpool still can't score a goal v Puel's Southampton and now Leicester. 405 minutes!

Poor goal to give away.
Poor referee.
But, it's only halftime, and we're more than capable of churning out 3 or 4 goals after getting it back to 1 all.
A change in midfield is needed in my opinion. Oxlade or Lallana.

”I think Mane should be rested for Chamberlain and Can must push a bit forward. Central defence is very suspicious. Lastly we need some luck too.”

After the restart Salah finally found his shooting boots…

Brilliant there by Mo, The goal we needed!

21 – Mohamed Salah has been directly involved in 21 goals in 21 Premier League appearances for Liverpool this season (16 goals, 5 assists). Ridiculous.

Credit where credit is due. 2 more goals. Salah you little bastard.

And Salah’s second sealed the comeback win which left fans happy overall, but with mixed views on individual performances.

Got to love Salah, great skills and goals, but should have played Can square on the first one IMO. Costly lesson learned from Everton game. Lovely 3 points, well done red men! #LFC

Robertson was very poor today attacking wise.. but his interception near the end was vital ??

”Cant believe Lukaku is 75m and Salah is just 35m! What a bargain!”

.@LFC win a #PL home match in which they were trailing at half-time for the first time since the 2-1 victory over Newcastle United on 11 May 2014 #LIVLEI

Most satisfying win of the season that.