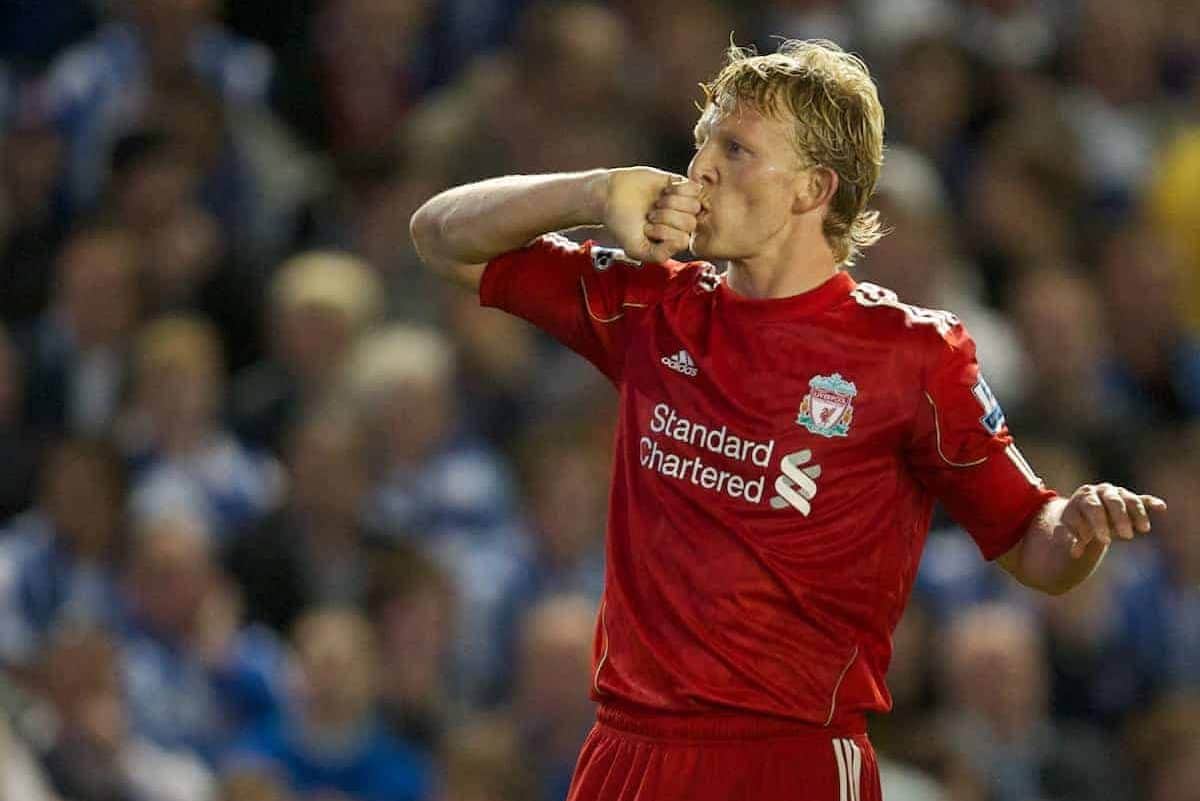 It’s six years since Liverpool last made the trip to Brighton, in a game that saw the Reds take a step towards Wembley.

The 2011/12 season has almost become one of the forgotten Reds campaigns, with 2013/14 standing out so prominently in the years since Rafa Benitez’s departure.

It came after the diabolical tenure of Roy Hodgson and before Brendan Rodgers briefly restored some hope of a title success.

Positivity had returned to the club, following Kenny Dalglish’s surprising but very pleasing appointment, and Liverpool were playing some vibrant attacking football.

They were a long way from challenging for the Premier League title, as Man City usurped Man United in the most dramatic fashion possible, but the domestic cup competitions were a very different matter.

The Reds’ League Cup journey began with a third round trip to the Amex Stadium on September 21, 2011, as newly-promoted Championship outfit Brighton looked to spring a shock.

Victory for the Reds Dalglish named a starting lineup that had a mix of youth and experience, with changes required after the 4-0 loss at Tottenham in the league three days earlier.

Youngsters Martin Kelly and Jack Robinson came in at full-back, and there was also a start for the promising but ultimately disappointing Sebastian Coates.

Jamie Carragher captained Liverpool in the absence of Steven Gerrard – the skipper would be introduced later in the night, returning after six months on the sidelines – and in front of him was a midfield of Lucas Leica, Jay Spearing, Dirk Kuyt and Maxi Rodriguez.

Craig Bellamy partnered a still-getting-used-to-English-football Luis Suarez in attack, in what was a positive-looking Reds team on the south coast.

Bellamy, enjoying a more fruitful spell at Anfield second time around, gave the visitors the perfect start with a clinical finish from a tight angle.

The Welshman’s stunning free-kick almost doubled the lead before half-time, only for the ball to cannon back off the woodwork.

Liverpool’s win never really looked in doubt despite the scoreline being tight, and Kuyt added a second with 10 minutes left, having been teed-up by Bellamy.

Carragher’s foul on Vicente did allow Ashley Barnes to pull a goal back from the penalty spot in stoppage time, but Dalglish’s men were through to round four.

A potential banana skin has been conquered.

Liverpool’s victory at the Amex proved to be the start of a memorable run in the competition, as the Reds lifted the 2012 League Cup, winning the competition for a record eighth time.

The Merseysiders saw off Stoke and Chelsea on their way to the semi-finals, where more Bellamy heroics helped them defeat Man City over two legs.

A penalty shootout was required to defeat Cardiff City in the final at Wembley – Martin Skrtel and Kuyt scored in the 2-2 draw – with Gerrard’s cousin Anthony missing the decisive spot-kick.

It remains Liverpool’s last piece of silverware, which makes for grim reading.

It could have been double cup glory, however, but the Reds were beaten by Chelsea in the FA Cup final three months later, with Petr Cech’s astonishing late save from Andy Carroll robbing us of extra-time.

Liverpool lost that game 2-1 in the end and a first FA Cup win since 2006 continues to evade them.

In the Premier League, an eighth-place finish in 2011/12 was very disappointing, and despite the cup heroics, it cost Dalglish his job.

The Liverpool legend had impressed during an unexpected 18-month spell, uniting the fanbase after the Hodgson debacle. The debate over whether he should have been sacked continues today in some circles.

It is approaching six years since that Wembley success – clubs of the Reds’ stature should not be waiting that long for another trophy.