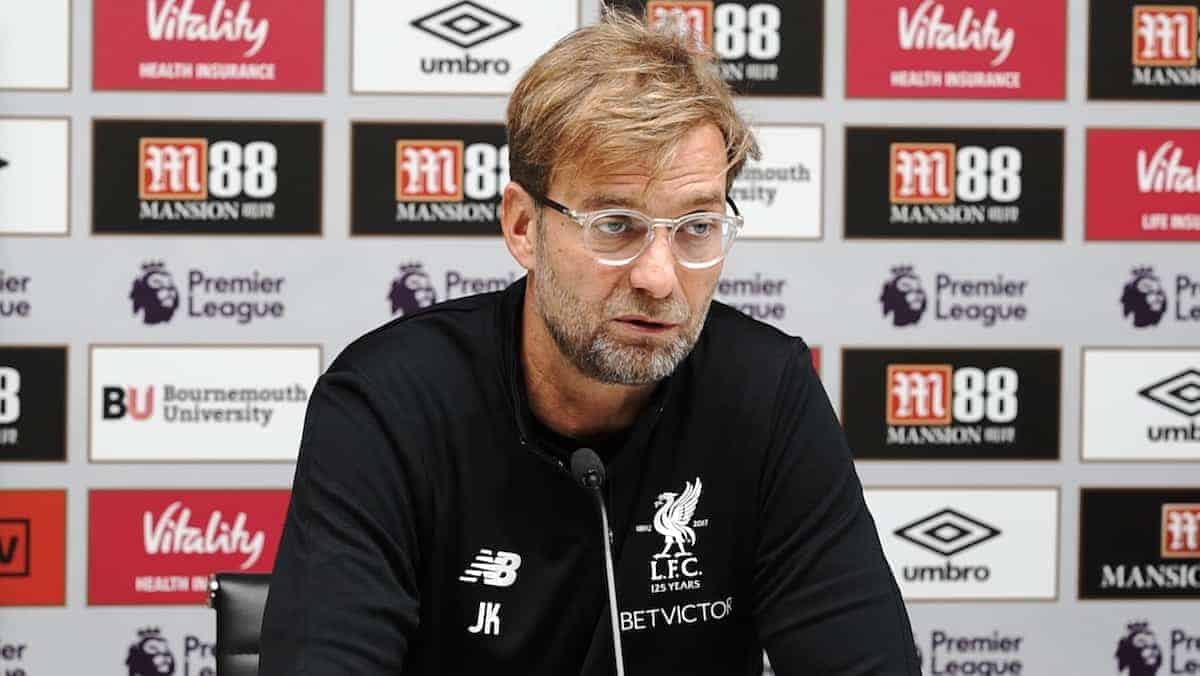 Jurgen Klopp was happy with the performance in both halves of the pitch as Liverpool beat Bournemouth 4-0 on Sunday.

The Reds got back to winning ways with a goal fest on the south coast, moving back up to fourth in the Premier League.

Mohamed Salah reached 20 for the season and there were further goals for Brazilian duo Philippe Coutinho and Roberto Firmino, while centre-back Dejan Lovren also found the back of the net.

Bournemouth had no answer to Liverpool’s attack, and the scoreline could have been far greater in truth.

Speaking after the match, Klopp declared his contentment with both ends of the pitch and the points the Reds took from the Vitality Stadium.

“We were from the first second really spot on. I like the mix-up of being patient in some moments and very lively in others.

“We scored a fantastic first goal which I’d like to give 40 per cent of to Andrew Robertson, because if he does make the run in Phil [Coutinho]’s back then I think the situation is completely different.

“But of course it was fantastic from Phil.

“We controlled the game in the second half. We had a lot more [chances] than we scored so it’s pretty fair that they didn’t use the one [chance they had], which happened already against us this season.

“So I’m really happy about the full package we showed today, it was difficult so we’re really satisfied.”