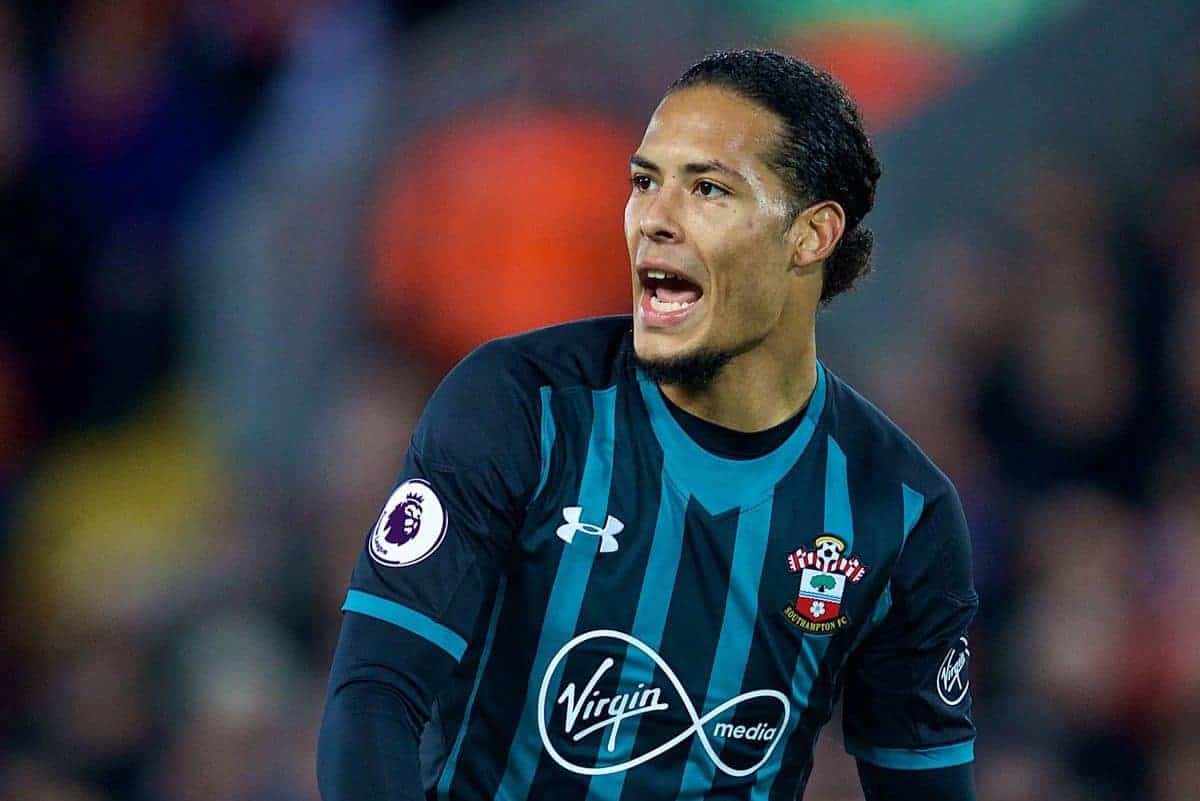 Jurgen Klopp‘s patience and persistence paid off when Liverpool secured a mammoth £75 million deal to sign Virgil van Dijk from Southampton in 2018.

In the weeks leading up to the January transfer window, the Reds were barely expected to scratch the surface in terms of business.

Klopp’s record in the winter market had seen him bring in just one player in two years at Anfield, that being Steven Caulker on loan from Southampton, while he was similarly quiet in Germany.

But with days to go before the new year, Liverpool pulled off a sensational deal to secure Van Dijk’s long-awaited switch to Merseyside.

After the embarrassment of their summer climbdown, under threat of investigation from the Premier League for tapping-up claims, the club moved swiftly to get ahead of City. Liverpool flew a medical team down to Bournemouth the day after their 5-0 win at home to Swansea City, with Van Dijk having been left out of Southampton‘s 5-2 loss away to Tottenham on the same day.

It was an operation similar to that which convinced Roberto Firmino to join from Hoffenheim in 2015, with then-CEO Ian Ayre leading a delegation to Chile to pip Man United in the race.

But Van Dijk needed little convincing: the Dutchman was enamoured with the prospect of working under Klopp, and as he wrote on Twitter on the confirmation of the deal, “pull on the famous red shirt for the first time in front of the Kop.”

Though Pep Guardiola has since insisted City were not interested in signing the 26-year-old, every indication was that he was one of their primary targets.

And turning down the chance to joining the Premier League‘s champions elect, who are currently on a 19-game unbeaten run in the top flight, including 18 wins, was a bold move by Van Dijk.

It is one that is indicative of the pulling power of Klopp, and the backing the German is receiving as he leads Liverpool into a new era. Though he was a late bloomer in his native Netherlands, recovering from serious illness as a teenager with FC Gronigen to establish himself as a rising star, he has blossomed into a prototypical modern-day defender.

Standing at 6’4″ and boasting a monstrous physicality, Van Dijk is rarely beaten in the air, and is strong and agile on the ground, too.

His recovery pace allows him to operate in a high defensive line, such as the one Klopp has been aiming to implement since arriving, while his ball-playing ability is an invaluable outlet.

That he is a natural left-sided centre-back is particularly important, as he will likely be partnered with the right-sided Joel Matip in Klopp’s first-choice duo.

And even if Matip’s injury issues lead to a longer stint in the side for Dejan Lovren, the Croatian has looked more comfortable operating on the right alongside Ragnar Klavan of late. Given Liverpool’s deal with Southampton has made Van Dijk both the club’s record signing and the most expensive defender in world football, many have expressed concerns about his £75 million price tag.

But he is the perfect signing for a side who have been crying out for a leading centre-back since the departures of Daniel Agger and Jamie Carragher, and the downfall of Mamadou Sakho.

The sale of Sakho to Crystal Palace in August saw the Reds bank £26 million, which further offsets the considerable sum doled out to bring in his much-needed replacement.

In fact, that Liverpool were willing to pay such a significant fee to sign a player Klopp was adamant was his only target at the back is a testament to the backing of the club’s owners.

Since taking over in 2010, Fenway Sports Group have come under considerable scrutiny for a perceived frugality, but with a world-class manager in place, they have proved this a fallacy.

Though the increasing fees are arguably in line with a grotesquely inflated market, FSG have broken the club’s transfer record three times in the past six months.

With Klopp recently reasserting his commitment to the club for a seven-year stay, the pieces are falling into place to restore Liverpool to glory; he is remaining patient with his project.

Though City’s rise this season serves as a seemingly unassailable gap, snatching their key target in one of their biggest long-term problem areas is a triumph for the Reds.

And the hope will be that, with Van Dijk in place and hopefully others to follow, Klopp can lift Liverpool even further in the coming years.