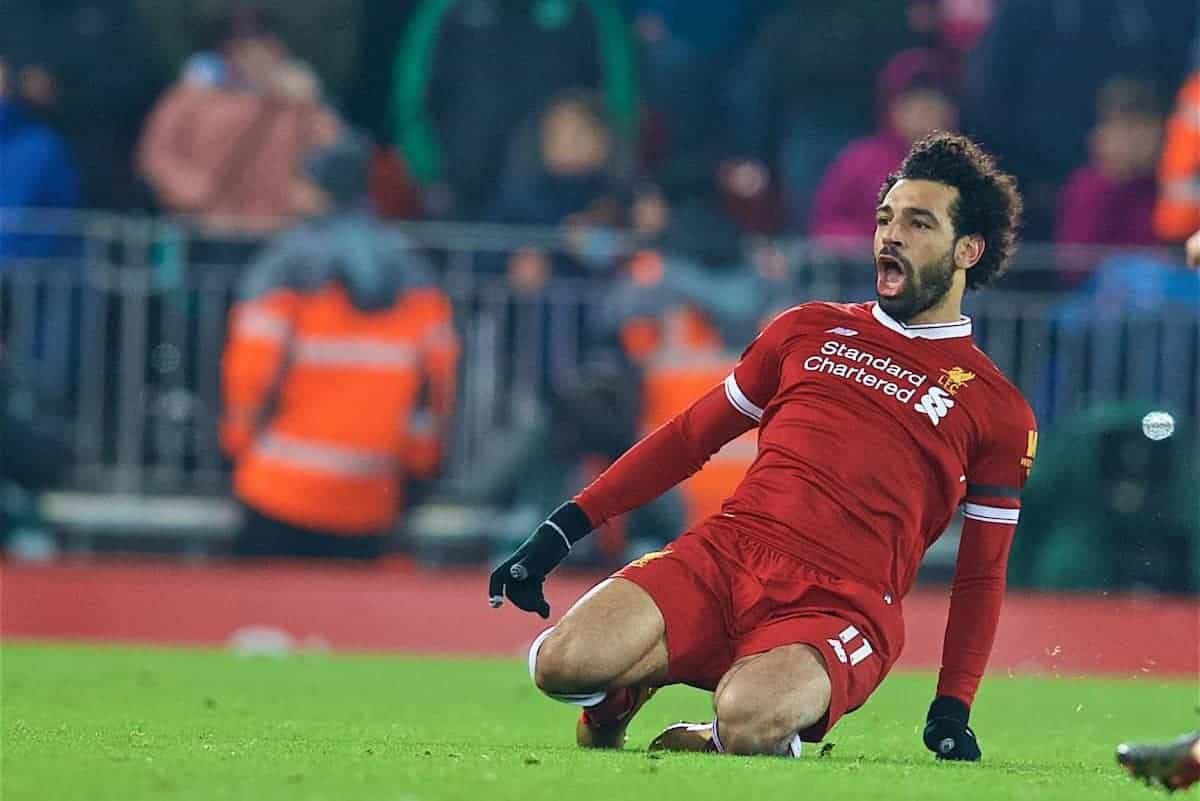 One of the most eagerly-anticipated matches of the season arrived at Anfield, with the league’s most attractive sides going head to head.

Late goalkeeping legend Tommy Lawrence was remembered before kick-off, after his passing earlier in the week. Alex Oxlade-Chamberlain thumped a fantastic strike past Ederson at the Kop end to give Liverpool the lead early on.

Loris Karius was at fault for Leroy Sane’s equaliser before half-time, however, as the German failed to convince after being preferred to Simon Mignolet.

An unforgettable second-half started superbly, and Roberto Firmino dinked a sublime effort into the net to restore the hosts’ lead.

Sadio Mane then made it 3-1 with an unstoppable left-footed strike, causing memorable scenes inside Anfield.

Jurgen Klopp was in dreamland, as he masterminded his sixth managerial victory over Pep Guardiola.

Incredibly, Mohamed Salah scored his 24th goal of the season to add a fourth, lobbing Ederson after the goalkeeper scuffed a clearance.

A heart-stopping finale saw City strike twice through Bernardo Silva and Ilkay Gundogan, but Liverpool just managed to see the game out.

It has to go down as one of the Reds’ greatest performances in the Premier League era, as they came out on top in a 4-3 to match the classics against Newcastle in the 1990s. Klopp’s men now have an eight-day break before their next game, next Monday night, when a trip to struggling Swansea City awaits.