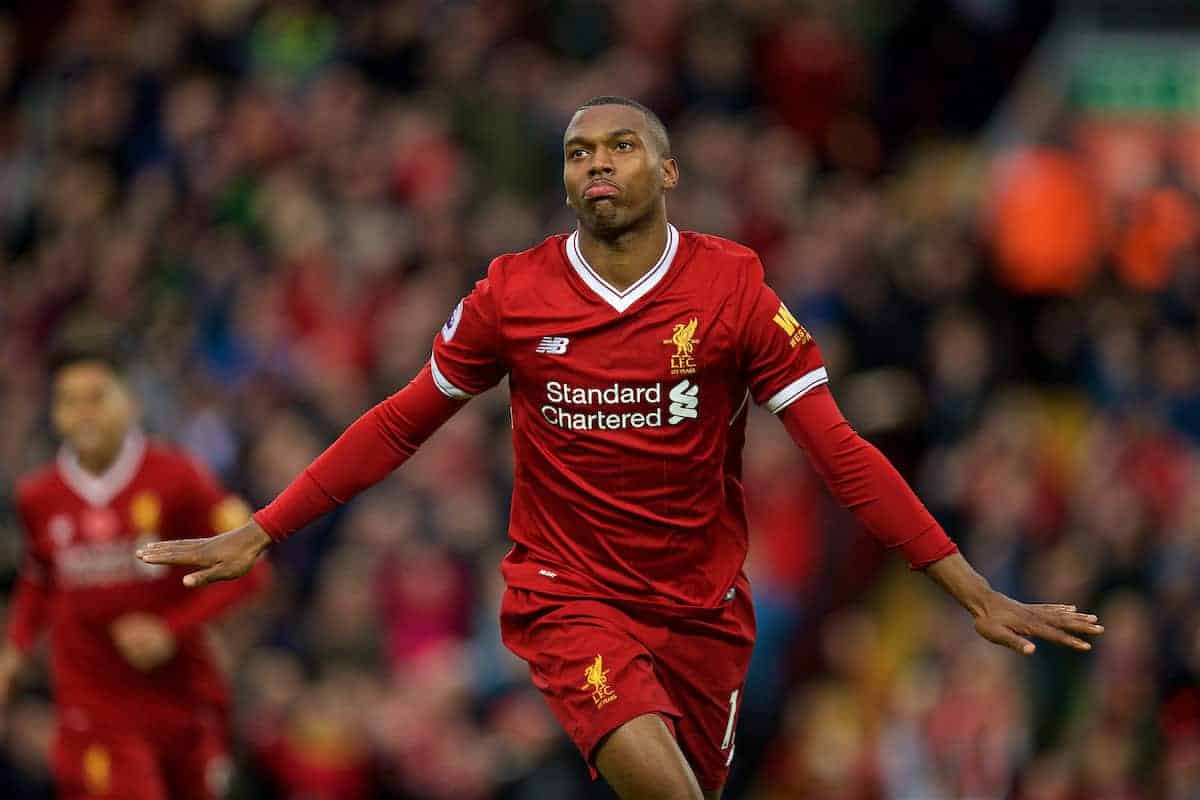 Daniel Sturridge is reportedly seeking a loan move to secure first team football and earn himself a place in England’s World Cup squad.

The Reds striker has missed the last eight matches through injury, but even beforehand had struggled to maintain a regular spot.

With Roberto Firmino the established centre-forward, Sturridge has netted just three times this season and remains a back-up for Jurgen Klopp.

There have even been occasions when Dominic Solanke has come off the bench ahead of his more experienced team-mate, when both were available.

Now the Mail are reporting Italian outlet Tuttosport suggesting the No. 15 has “offered his services” to Serie A side Inter Milan for the remainder of the campaign.

The Italian side are pushing for the title this term but have only Eder to act as an alternative to starting No. 9 Mauro Icardi. Confusingly, the report suggests Sturridge’s ability to play centrally and from the flanks is a key part of his desirability—which Liverpool fans might well be perplexed by, given his previous distaste at having to operate from the right at Anfield.

A six-month loan elsewhere might well get Sturridge the game time he desires, both for the World Cup in summer and to get his career back on track in general.

But this particular move doesn’t have a true ring to it—moving from bench to bench doesn’t seem to be a particularly effective way to get noticed.

Media speculation, agents ruffling up interest from closer to home, or something more concrete?

Probably file this rumour under either of the former two options.