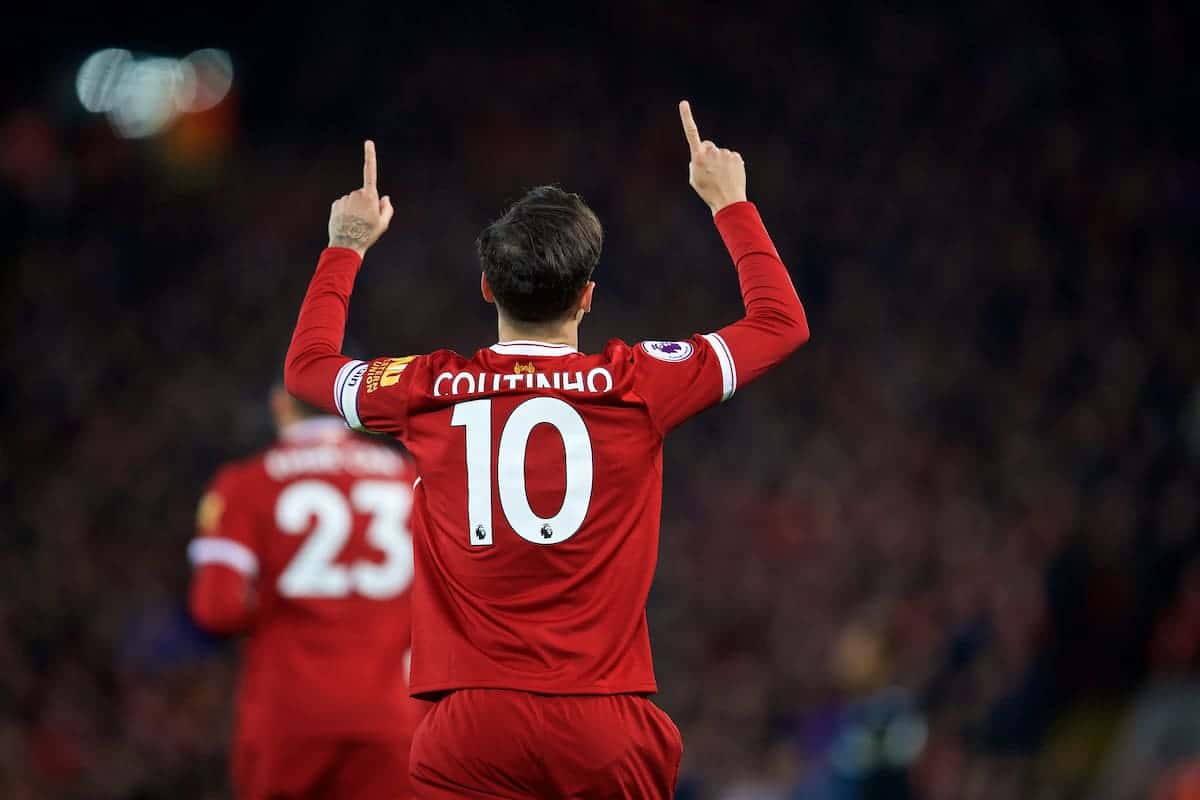 After 201 appearances and 54 goals, Philippe Coutinho‘s five years at Anfield have come to an end, with Liverpool agreeing a £142 million deal with Barcelona.

The deal is expected to be confirmed late on Saturday, with the Brazilian travelling to the Spanish capital to complete the move.

Liverpool fans have reacted online, with opinions ranging from frustration at selling the club’s prized asset midway through the season, to being ambivalent and insisting we will be better off than when the likes of Luis Suarez and Fernando Torres left before.

This is why it's different to last time pic.twitter.com/0aoRkBHARp

He’s not peak Gerrard. He’s not peak Suarez. We have great players without him, and will bring in great replacements.

Absolutely gutted. Selling our best player half way through the season with so much at stake is madness. Bullied into it when we held all the cards. There's no way LFC benefit from this.

One of the best players I've seen play in Red.. Gutted he's gone but life goes on..

“Klopp did his best….the problem is that Coutinho don’t care whether or not Liverpool is relegated. I hate him not because he was wrong to go to Barcelona but why can’t he just be patient till then end of the season even when he knew quite well that we need him more than Barcelona this season.”

Coutinho superb this year. Excellent player to watch but still feel he could have handled himself better back in August too. Will be excellent fo Barca and have complete trust in Klopp replacing him. Onwards

Plenty of 'Liverpool have the talent to cope without Coutinho.' They do.. but important to remember players have been as good as they have – Ie Salah – because of Coutinho. Replacing him now is huge. #LFC

Can't blame him for wanting to go – he did five years without a trophy – but he gets the grace he left with. Fuck him.

Not sure selling one of your best (maybe best?) player mid-season is a particularly logical thing to do. Strange u-turn by the club from the summer. #Coutinho #LFC

£105m up front should be enough for Klopp to find a replacement. Performance related add-ons also linked to achievable outcomes. Finding a replacement who can play Champions League, and is competition ready, will be the main challenge #LFC

When Suarez went to Barca he took all of #LFC's hopes with him, to listen to the coaching staff afterwards.

Coutinho's exit, whilst disappointing, will not hit Liverpool as hard.

“Strange timing, all around. The rest of the window will be very interesting in terms of whether we immediately invest in a replacement and a new keeper, or sit tight until the summer.”

The fab four is no more.

Thanks for the memories Coutinho. I'll always remember the times you nearly won the league, Europa League and League Cup with us. Adios.