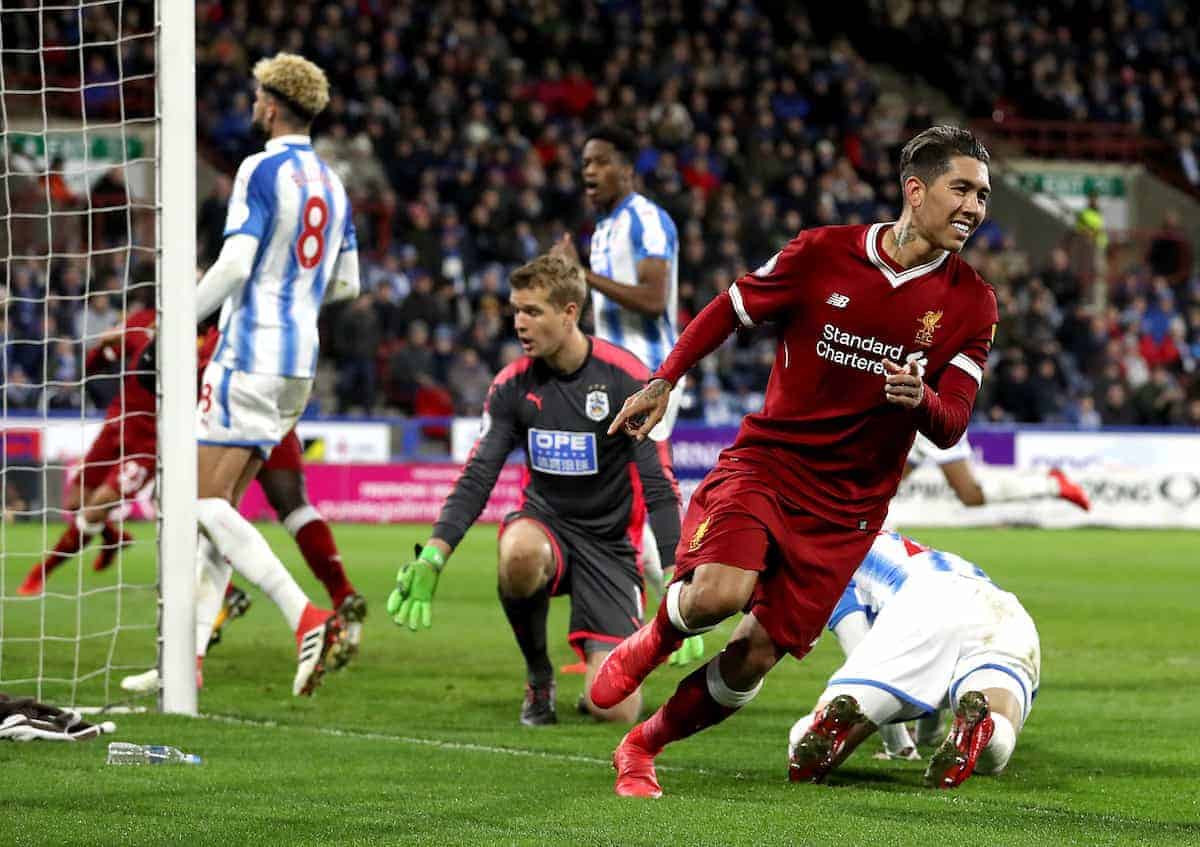 Liverpool cruised to an excellent 3-0 win at Huddersfield Town on Tuesday night, as the Reds picked up a vital three points in the top-four battle.

Dejan Lovren came in for Virgil van Dijk, as Klopp rotated his centre-backs, and Loris Karius, Joe Gomez and Andrew Robertson all returned in defence.

Jordan Henderson made his first start of 2018 following a promising second-half cameo at the weekend, and James Milner was also included in midfield.

Gini Wijnaldum and Alex Oxlade-Chamberlain were the pair to miss out.

Klopp once again went with the trusted front three of Mohamed Salah, Sadio Mane and Roberto Firmino, in what was a must-win match for Liverpool. Firmino had the first shot of the game with only two minutes on the clock, but Huddersfield goalkeeper Jonas Lossl made a routine save.

It was essentially a training ground exercise to begin with, as Liverpool had almost all of the possession, but chances were few and far between.

Karius was forced into an important save to deny Laurent Depoitre, as the visitors started to up their game in front of a boisterous home crowd.

Emre Can was thwarted by Lossl from 20 yards, but the German put the Reds 1-0 up soon after.

The ball fell to the 24-year-old outside the penalty area, and he rifled a half-volley into the net with the help of a generous deflection.

Mane, still well short of his best, gave away a needless foul on Jonathan Hogg, and from the resulting set-piece Chris Lowe sent his effort narrowly wide.

On the stroke of half-time Firmino doubled the lead in typically silky style, squeezing home from a tight angle after a lovely move involving Mane. The second half started in a similar vein, with Liverpool playing fluently and Huddersfield offering very little in an attacking sense.

Mane almost made it 3-0 from Can’s pinpoint cross, but Lossl made the save, and same applied to Milner minutes later, whose shot stung the ‘keeper’s fingers.

Another Mane header almost put the game to bed, but the Senegalese missed the target with a diving effort.

The Terriers worried the Liverpool back line for a brief period, and at the other end Salah hit the side-netting after rounding Lossl.

But with 14 minutes left, Can was brought down by Philip Billing inside the area, allowing Salah the chance to kill the game off.

He duly obliged, sending Lossl the wrong way and notching his 26th goal of the season.

Wijnaldum and Oxlade-Chamberlain were awarded late cameos in place of Henderson and Salah respectively, as the visitors saw the game out with ease.

It was an extremely pleasing result, and with Arsenal losing 3-1 to Swansea City and Tottenham hosting Man United on Wednesday, Liverpool look well-placed in fourth.

It’s not all doom and gloom, believe it or not!