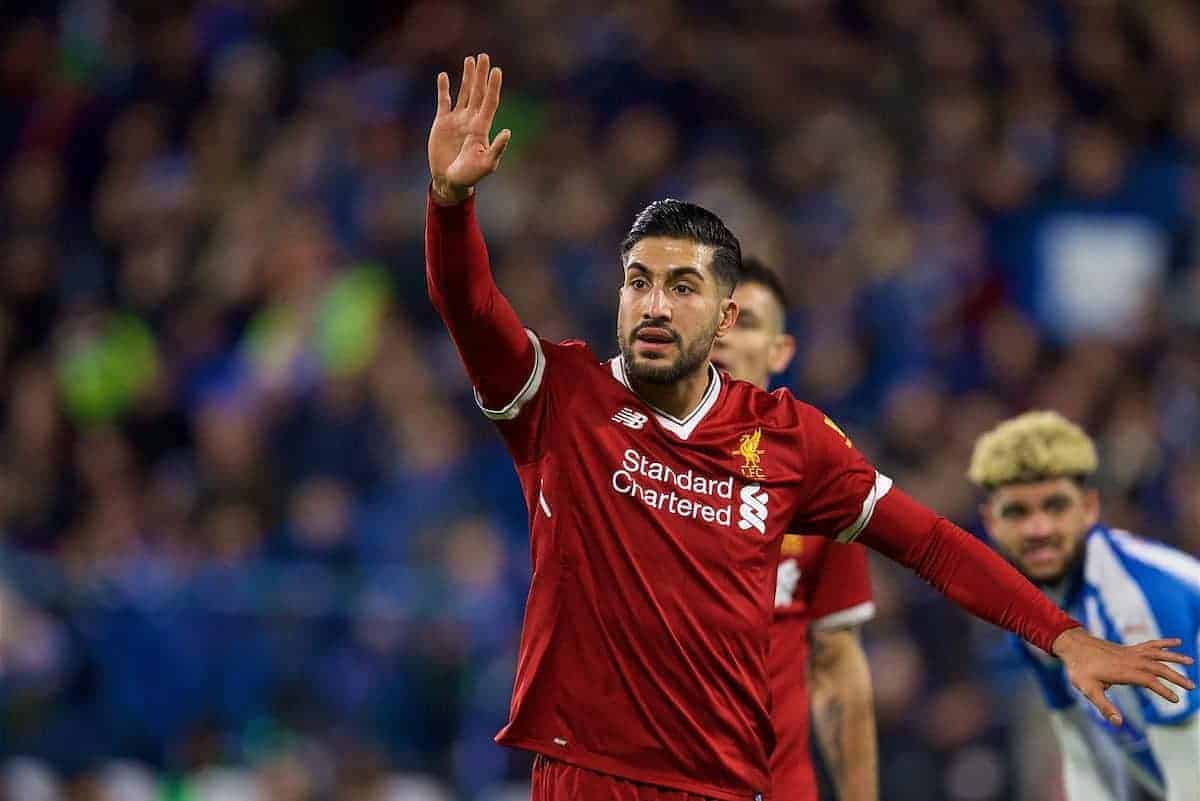 Liverpool strolled to an excellent and vital three points with a 3-0 win over Huddersfield on Tuesday night, in which the Reds were in far better form.

The new permanent No. 1 was back between the sticks and enjoyed one of his most positive performances for the Reds.

It may not have been the toughest night of his career but made a big save to deny Laurent Depoitre early on and consistently showed good alertness to clear danger and mop up decisively behind the back four.

Looked a lot more assured again and the welcome clean sheet should do wonders for his confidence.

Back in after a rest in the dismal FA Cup exit, and helped restore some much-needed solidity to the defence.

Not the most adventurous performance as he operated as a stay-at-home full-back, but his steadiness should not be overlooked with Gomez strong defensively throughout.

One fantastic late block from Tom Ince in the final minutes was particularly impressive.

The Cameroonian has been far from his best recently, but picked exactly the right time to register an improvement.

Didn’t face his most challenging night as the hosts offered little threat, but he swept up well around the more aggressive Dejan Lovren and passed the ball out crisply from the defence.

It was thought the Croatian may come in alongside Virgil van Dijk but instead he replaced the Dutchman in a move that panicked Reds fans pre-match.

Credit to Lovren though as he stepped in with a pleasing performance as the busier of the two centre-backs, competing aggressively with the handful that is Depoitre.

Showed good strength in the air throughout and used the ball sensibly alongside clearing his lines decisively when he had to. Staked a claim to become Van Dijk’s No. 1 central partner.

Reintroduced at full-back along with Gomez, Robertson impressed with an all-action display at the John Smith’s Stadium.

Like Gomez, he help bring solidity to the back line after the defensive disaster last time out and he provided a great outlet down the left—especially in the first half as the Reds concentrated play down that side.

His crossing improved as the game progressed and it was from his decent delivery that Emre Can eventually fired home the opener.

A very complete option at left-back and at this moment a better one than Alberto Moreno.

The skipper entered for his first start since the draw at Arsenal before Christmas and stepped up with a pleasing display controlling the midfield.

Impressive in his work off the ball as he won possession back countless times to stop Huddersfield building any momentum, and also moved the ball quickly to keep the Reds on the front foot and to set the tempo in play.

A good night for Henderson and we need to see more of this sort of performance going forward. The German could count himself very lucky to keep his place after his West Brom horror-show, but deserves big credit for showing great character and bouncing back with an excellent display.

Started nervously but sprung to life by crashing home the opener and looked a transformed man thereafter as he drove the Reds forward and took the game by the scruff of the neck.

Brought more creativity than in recent outings—highlighted by two sensational passes to lay on big chances for Sadio Mane which would have earned him a couple of assists on another night.

Afforded an increasingly rare start as Klopp opted for a more physical central unit, and took the opportunity with both hands.

Played a key part in an aggressive unit which dominated the game, ratting around picking up second balls but also showing some nice link-up play and late runs from midfield which caused Huddersfield issues.

By no means the most gifted player in the squad but stepped in to produce a reliable and effective performance which is what makes him valuable.

Last season’s revelation has been out of sorts for a while now and, frustratingly, this continued at the John Smith’s Stadium.

Out of sync with his attacking colleagues for large parts but most frustrating was his lack of quality at key moments as he passed up some potential opportunities to get in on goal.

To his credit he never shied away, continually looking to find space and he did produce a delightful little touch for Roberto Firmino’s goal, but should have scored one of the two big headed chances in the second half.

Perhaps still lacking a bit of confidence and really need him to rediscover it as soon as possible.

Not the Egyptian’s most eye-catching night as he struggled to get involved at times from a wider area, and played in bursts.

But still got himself on the scoresheet by converting a cool penalty, which made a nice change from recent troubles.

A simply sublime footballer who was excellent in Yorkshire, showing his talent with an intelligent and effective display leading the line.

Selfless in his movement to create for others all game while working typically relentlessly out of possession, refusing to give the home side’s defence even a second of rest.

Absolutely wonderful finish for his 19th goal of the season which was thoroughly deserved and highlighted yet again just what a complete forward he is now.

Alex Oxlade-Chamberlain (on for Salah, 83′) – N/A – Got straight involved to help see the game out.

Gini Wijnaldum (on for Henderson, 83′) – N/A – Pretty much the same as Oxlade-Chamberlain.

Rightly made changes to the team—even if some changes were enforced—and opted for a very solid starting XI to compete with a very physical Huddersfield side.

It looked uninspiring but it proved a clever move as it helped the Reds grab an instant foothold in the contest as the hosts looked to frustrate and rely on long-ball counter-attacks.

Was rewarded with a professional and composed display from his side which stopped the rot, and will be pleased with the improved creativity in breaking down a stubborn side set up solely to frustrate the Reds.

Victory was absolutely crucial to get back on track, and the boss will have been delighted to have done just that with a great response from his players.