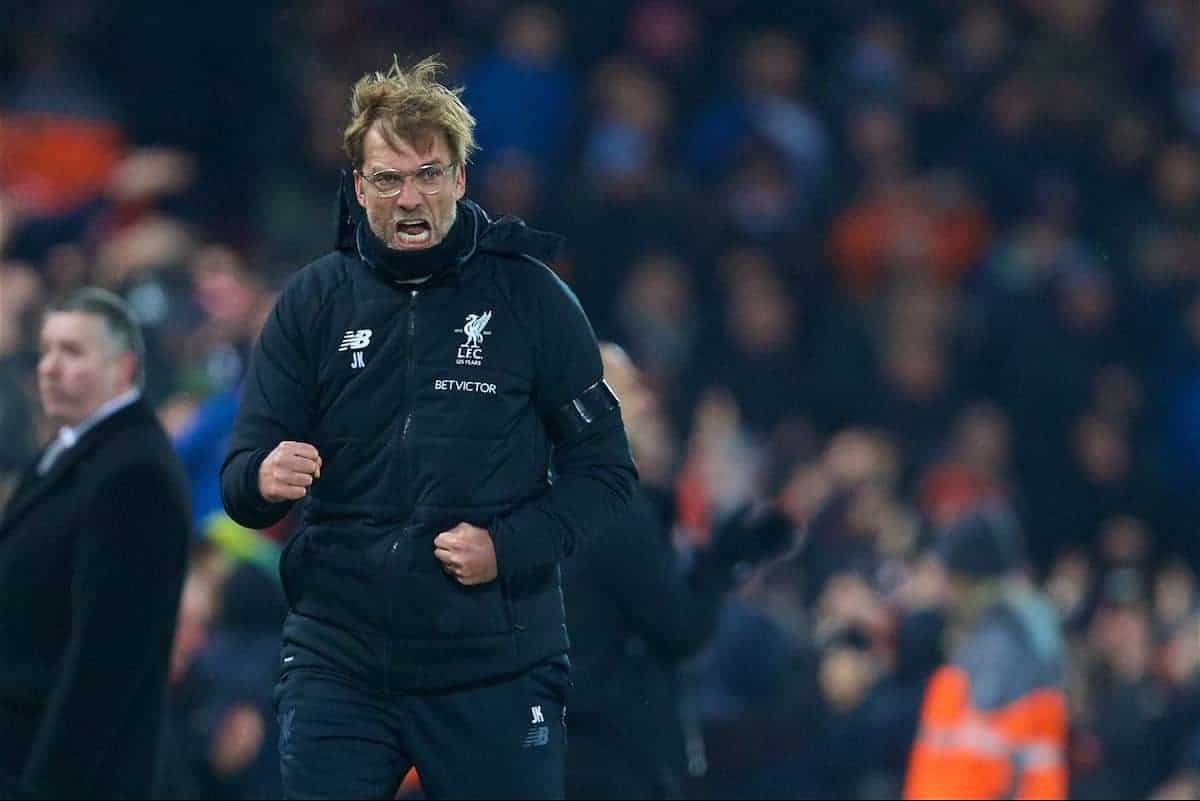 Jurgen Klopp may be in his best spell as Liverpool manager but the German still craves consistency from his team for Monday’s clash with Swansea City.

The Reds are unbeaten in 18 matches in all competitions and victory at Swansea on Monday would see him record a sixth successive win for the first time since he arrived at Anfield.

If they manage to avoid defeat it would also be the club’s longest unbeaten run for more than 21 years, when they went 20 games undefeated.

But the statistics matter little to the German.

“If nobody told me how often we didn’t lose, I’d have no idea about it. That’s all the past and I’m not really interested,” he said.

“You can look back on a season after the season, not during. It’s not important. We feel in a good moment.

“I see the boys training every day and it looks good, that’s the truth, that’s why we can play like we played so far. But we have to do it again.

“As a Liverpool player you cannot perform one week and then two weeks not—we need to deliver consistently, every day and each game.

“It’s only the next game and I can’t imagine any easy games in the Premier League and Swansea is for sure not an easy game.”

Despite ending Manchester City’s 30-match unbeaten league run last weekend Liverpool have struggled against the lesser sides who set up in a more defensive fashion.

Swansea may be adrift at the foot of the table but Klopp is taking nothing for granted even after the 5-0 Boxing Day victory.

“Life is a summary of challenges and that’s a big challenge,” added the Reds boss.

“We played against top of the table Manchester City and played a fantastic game.

“We played Swansea a few weeks ago with a caretaker manager and I said after the game it was much more difficult than the result could make you think so we know about the specific challenge in this game.

“They are bottom of the table but they are in a good way. What you have seen since the new manager has come in is a big improvement again: much better results and they won their FA Cup replay during the week.

“I’m not even sure if we’ll have a look at our game against Swansea because it will be different.

“We need to have a look at the games since they changed their manager. That’s a challenge to be honest but if you know about a challenge you can be prepared for it.

“That’s my job to do: that we go there and don’t think about the 5-0 or Man City, only think about what we have to do to keep them away from our goal and be as often as possible in front of their goal.”