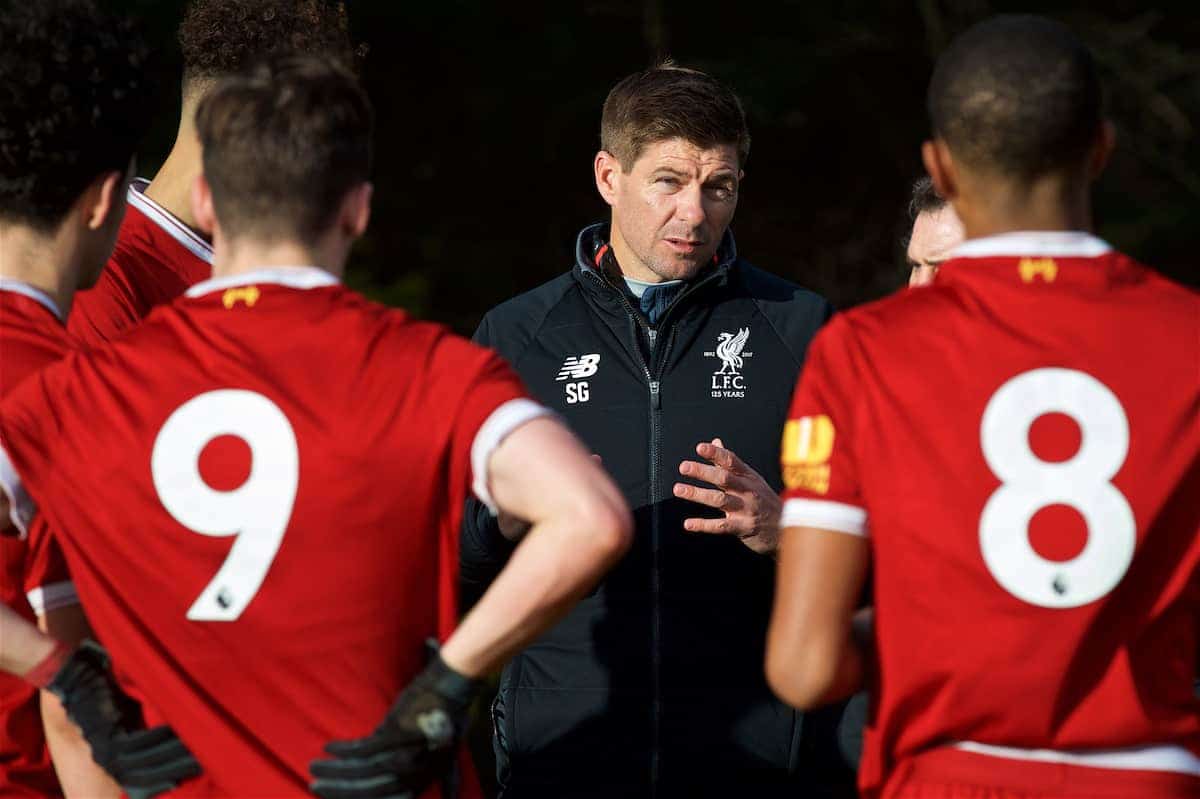 Former Liverpool captain Steven Gerrard’s winning mentality remains undimmed now he is a coach and his under-18 players will not need reminding of that this weekend.

His side host Arsenal in the fourth round of the FA Youth Cup which, at Gerrard’s request, will be played at Anfield on Saturday with a 3pm kick-off.

The youth team boss wants to see how his players cope under the pressure of a big-game atmosphere, but more importantly he wants them to bring home some silverware this season.

“I’d love some of these players to go on and play for Liverpool’s first team, I’d be the proudest man in the city, but I’m not coming in and taking a job at this football club if it’s just about that,” he said. “If we’re not teaching kids about the importance of winning at a young age then maybe someone should say to me ‘You’re not welcome here’.

“That doesn’t float my boat – turning up on the weekend and it’s just about getting one player to the first team.

“I’m doing a disservice to football and the game if I’m saying to these that winning doesn’t matter because it does.”

Gerrard will not be able to call on the injured Rhian Brewster, golden boot winner as England were victorious at last summer’s Under-17 World Cup, but he could receive a boost if senior Wales international Ben Woodburn is made available by Jurgen Klopp. Brewster, who has spent most of the season with Liverpool’s Under-23s, was in Gerrard’s thoughts before an ankle injury in Friday’s defeat to Manchester City which is likely to rule out the 17-year-old for some time.

“I don’t know the full extent but it is going to be a good while. I do not know the complete time-scale. He has further tests (in London),” Gerrard added.

Asked about the availability of Woodburn, who has played for him in the UEFA Youth League this season, Gerrard said: “I haven’t asked the question and no-one has mentioned it to me thus far so, at the moment, it’s a no.

? LFC U18s in action at Anfield on Saturday

– Tickets for Saturday’s tie cost £3 for adults and £1 for juniors, young adults and over-65s.