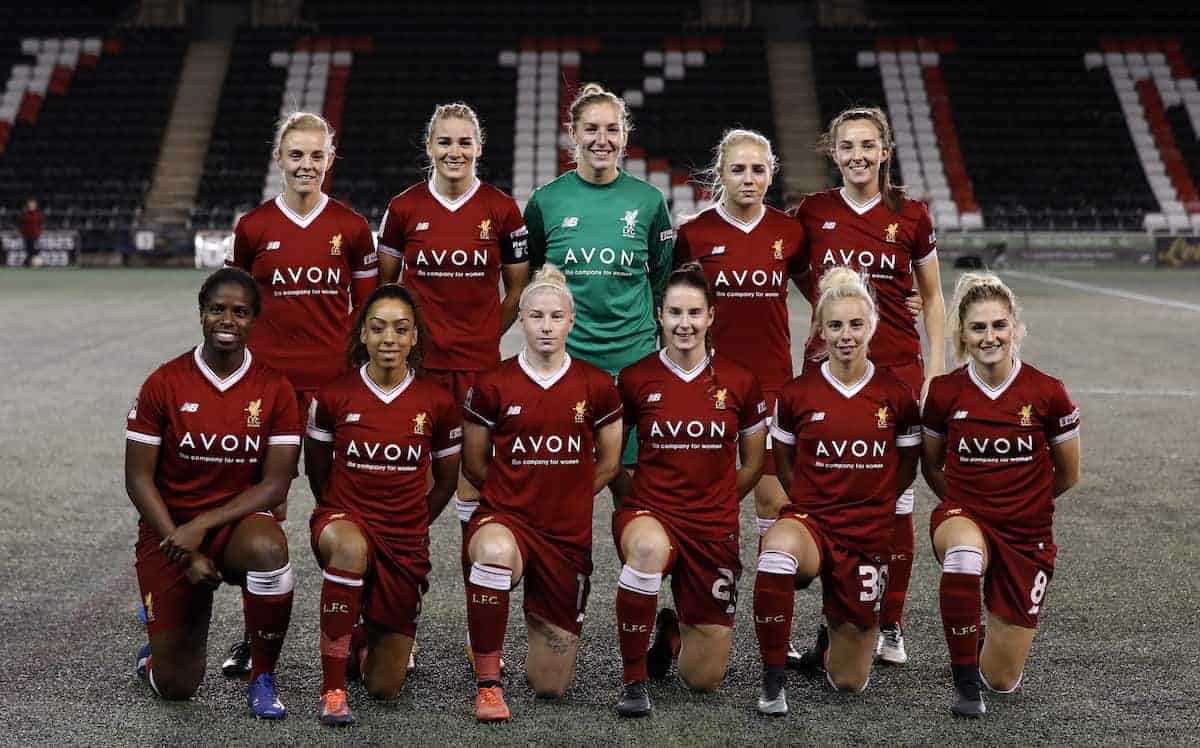 Caroline Weir reflects on 2017 as Liverpool Ladies prepare to play their first game of the year when they take on Yeovil Town in the Women’s Super League.

It was a mixed year for Liverpool Ladies; the Reds reached the FA Cup semi-final and finished mid-table in the Spring Series and WSL 1 – but their hard work was derailed at times by frustrating results.

Scotland international Weir hopes to put those mistakes to bed and is already looking to kick-start the new year by picking up three points at the Select Security Stadium on Saturday.

“It was a bit more up and down with Liverpool in 2017 because we had some disappointing results as well as some really high moments on the pitch,” Weir told This Is Anfield.

“We showed potential though and we know we can move forward so hopefully we can do that and start picking up more points. We can do well this year and move up the table.”

Weir, alongside several Reds’ teammates, was involved in the Women’s European Championships in the Netherlands last summer.

She was representing Scotland – who were knocked out in the group stages of the competition – but hopes her experience on the international stage will prepare her for a successful calendar year with both club and country in 2018. “Overall it’s been a really good year for me in terms of my international career,” Weir reflected.

“Obviously the European Championships were a highlight for women’s football and they were for me personally too. To be a part of it, my first one, is something I will never forget.”

Liverpool boast several internationals within the squad but they were forced to say goodbye to Welsh international Natasha Harding last month.

It is no doubt a disappointing loss as Harding joins league rivals Reading on a new long-term contract.

The 28-year-old striker scored four goals in five WSL 1 games this season for the Reds but she was not the first high-profile name to leave the club in 2017 – with European champion Shanice van de Sanden also departing in the summer.

Weir is confident both can be replaced and insists Liverpool still have a “strong” squad going forward.

“Obviously Shanice van de Sanden and Natasha Harding are really great players but we have a really good squad and we have a lot of young players coming through.

“It gives those players a chance to show what they can do. We are not worried about our squad despite losing those players because it’s really strong.

“We are confident we can replace them.” Liverpool’s trip to Yeovil is an exciting one says Weir and the ladies are keen to get back into action following the festive break.

On their last outing, they suffered a heavy 5-1 defeat against Chelsea – one of the favourites to win the league title.

Weir hopes the Reds can put that disappointment behind them and admitted that defeat gives them even more motivation to pick up all three points on Saturday.

“That 5-1 defeat against Chelsea is something we want to put behind us because it’s a score-line that no Liverpool side should be conceding.

“They are obviously a very good team but we’re keen to go out there against Yeovil and bounce back.

“Yeovil have had a tough start to the season but we are not going to be complacent despite their results.

“We’re all just really excited to go out there and play because we have missed it during the break. Hopefully we can come away with a win.” It will be a tough year for Liverpool, with their biggest test likely to come next month when they travel to the Academy ground to take on champions Manchester City.

City, who knocked Liverpool out of the FA Cup last year, will then travel to Widnes for the return fixture in the run-in to the end of the season.

A four-game fixture list which includes Reading, City, Everton and Chelsea awaits Liverpool so it’s crucial they pick up maximum points in January.

Liverpool are currently sat in fourth place in the table after they picked up two wins from their first five games.

Weir, now the Reds leading goal-scorer following Harding’s exit, is determined to improve her form as Liverpool prepare for these tough fixtures ahead.

“For me personally, I want to get back to a more consistent level in 2018,” she said.

“My form has been a little up and down over the last few months so I want to go out there and perform to the level I know I can do.

“There are some improvements we can all make so hopefully we can show that, starting with Saturday’s game against Yeovil.”

Liverpool Ladies host Yeovil at the Select Security Stadium in Widnes at 17:30 GMT on Saturday. You can buy tickets online here.