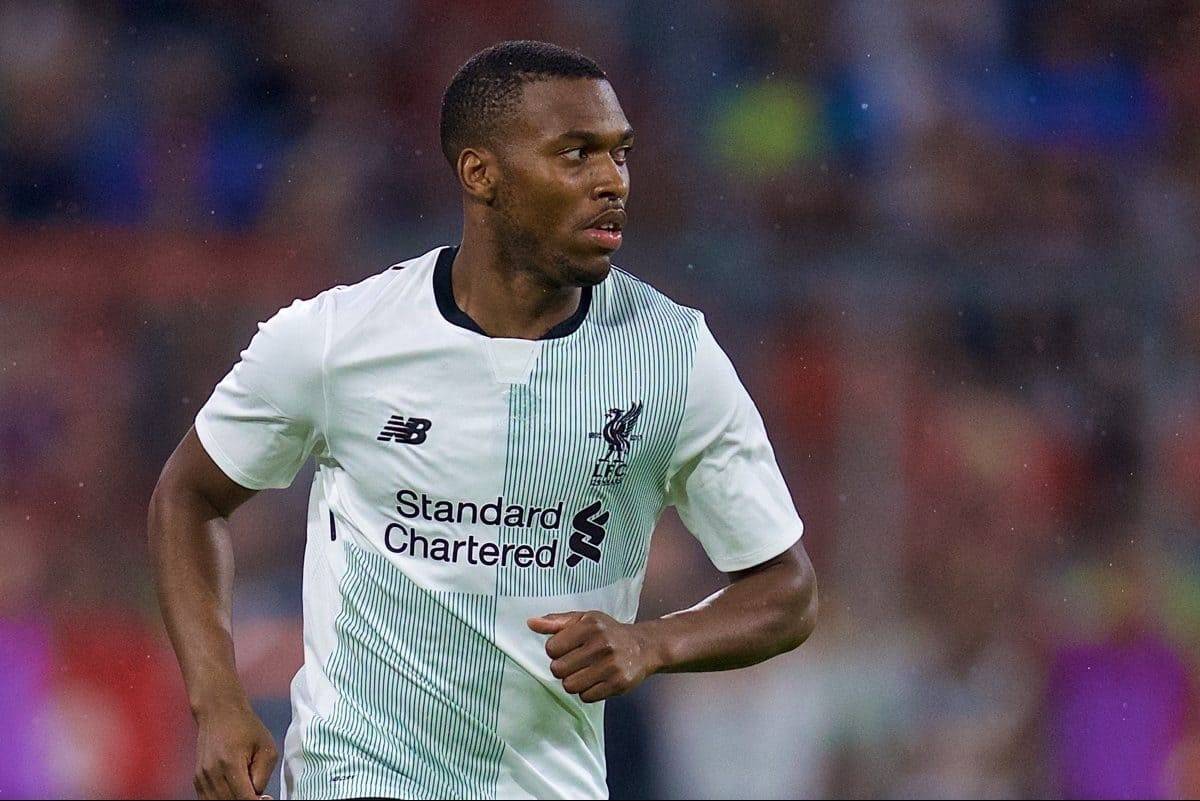 Daniel Sturridge has left to join West Brom on loan for the remainder of the season, leaving fans are baffled by the club’s approach to the January transfer window.

The Reds are firmly in the running for another top four finish in the Premier League, but following on from Philippe Coutinho‘s departure, and now Sturridge’s, there are a lack of options in attack.

Jurgen Klopp confirmed earlier on Monday that there was no realistic likelihood of the Reds replacing Coutinho before the transfer window shut.

And that left supporters in dismay at the prospect of not being left able to compete with a full-strength squad.

Sturridge’s contributions were recalled by plenty…

? understand why he’s going but he’s been great for us over the years. Such a shame he’s suffered so much with injury? #LFC https://t.co/kEpFZLaDd3

Say what you like about Coutinho, but Daniel Sturridge will leave with the best wishes of every Liverpool fan. A Liverpool career cruelly curtailed by injury, he helped make us dream and gave us some fantastic memories. pic.twitter.com/Fsrz4LQrjf

Sturridge was great for Liverpool on the field. And off it was my favourite player too, he was funny af n the only reason I’ve checked the LFC YouTube channel out. Hope man scores all the goals for west brom #LFC

123 games, 63 goals & 24 asissts isn't too bad at all, if Sturridge wasn't injury prone just think how many more goals he would of scored at #LFC.

I hope he has a great loan move, goes to the World Cup and hopefully returns to Anfield in the Summer.

It wasn't that long ago that Coutinho and Sturridge were regarded as our two best players. Offloading both without replacements is completely stupid.

Glad for Studge, but two injuries and we're screwed. If Salah and Firmino get injured I dread to think what will happen.

Philippe Coutinho and Daniel Sturridge both joined #LFC in January 2013 and have departed the club this month – the latter on loan. They contributed a combined 334 appearances and 117 goals. pic.twitter.com/ex8WNTflfi

Sturridge loan move makes perfect sense for the player, but only weakens Liverpool further given we're not even replacing him. He's nowhere near the player he used to be, but still vastly superior to Solanke & Ings.

Salah can play up front if needed. Ox can go in the front 3. And dare I say it but I'd probably say Moreno's best position is on the wing if needed. *hides*

We'll all be eating our words when Danny Ings goes on to score a hat full of goals helping us to secure top 4 and get to the semi final of the Champions League ??

Others looked to the market to assess whether a striker could be found…and weren’t optimistic about the chances of it happening soon.

Can LFC bring back Origi? I know they haven't played a huge amount but it's kinda concerning Solanke and Ings haven't scored this season and they're the back-up options…

I think every Liverpool fan is waiting to see if this is all a cover and Lemar and a striker are already signed. Otherwise, we're two long term injuries from completely derailing.