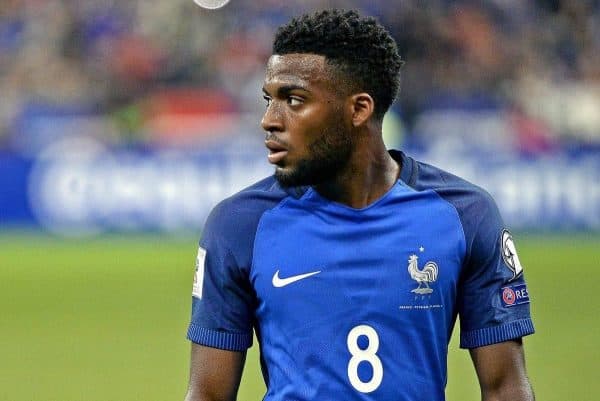 AS Monaco youngster Thomas Lemar has emerged as Liverpool’s top target in replacing Philippe Coutinho ahead of his £142 million move to Barcelona.

Coutinho is poised to leave Merseyside after five years with the two clubs agreeing a British record deal on Saturday.

The Brazilian will become the world’s third-most expensive player behind Paris Saint-Germain duo Neymar and Kylian Mbappe, after pushing for his long-awaited switch to the Nou Camp.

His departure is a major loss for Jurgen Klopp‘s side at a crucial juncture, with Liverpool battling for the top four and facing a last-16 clash with Porto in the Champions League.

And after Klopp vowed to “react in the right way,” as he expects the club’s owners to “make continued investment into the playing squad,” his focus has turned to replacing Coutinho.

According to the Liverpool Echo, this has seen Lemar installed as Liverpool’s priority target.

The France international, who has 21 goals and laid on 26 assists in 107 games since joining Monaco from Caen in 2015, has long been on the Reds’ radar.

They were unsuccessful in a big-money bid for Lemar at the end of the summer transfer window, but Coutinho’s sale has intensified their interest.

However, it is claimed that “Liverpool acknowledge that even a mammoth bid may not be enough to change Monaco’s stance,” and are “keeping their options open.”

Suggestions of interest in Leicester City winger Riyad Mahrez, though, seem wide of the mark, with reports from beiN SPORTS FRANCE that a £49 million deal was in place deemed “premature.”

Mahrez has scored eight goals and assisted a further eight in 24 games for the Foxes this season, but has continually stressed his desire to leave.

The Algerian would be an excellent addition, particularly as with Mohamed Salah currently sidelined with a groin injury the need for further options out wide is clear.

But Lemar would arguably be the ideal solution ahead of Coutinho’s move, with the 22-year-old a similarly creative, tactically flexible midfielder able to directly fill the role required.

Lemar typically operates either on the left flank or in a central attacking role, and has experience of turning out deeper in midfield too.

Monaco have repeatedly claimed they would not be willing to part ways with their No. 27 in January, but reports in L’Equipe now hint that they could be open to a deal.