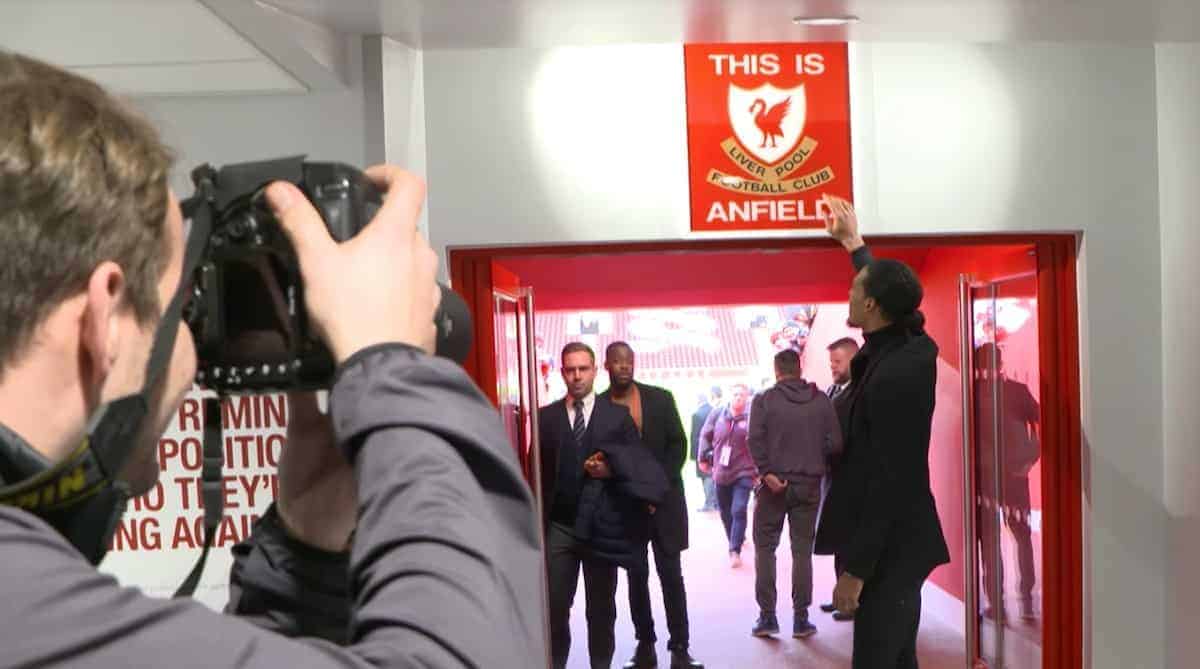 Virgil van Dijk has already made himself a Liverpool hero, and his first day at the club has been documented in a behind the scenes video.

Few Reds players have enjoyed more memorable debuts than Van Dijk, with the club’s record signing announcing himself in stunning fashion on Friday.

The Dutchman had already put in a solid performance in the FA Cup third round clash with Everton, but his night became the stuff of legend with six minutes remaining.

Van Dijk powered a header into the Kop net to spark incredible scenes inside Anfield, sending Liverpool into round four.

Before the drama of Friday night, a video was created looking at Van Dijk’s first day as a Red last Saturday, having signed for £75million from Southampton.

Named, “From the Airport to Anfield”, the footage begins with the giant centre-back getting off his flight and into a car to Melwood.

During the ride, he speaks passionately about his move to Liverpool, outlining the honour it is to represent such a prestigious club.

“I’ve always had a weak spot for the club because of the history, the size of the club, ‘You’ll Never Walk Alone’ and the stadium,” he says.

There is a fascinating insight to what life is like when you join Liverpool, with Van Dijk meeting new faces at Melwood, receiving his kit and conducting his first interview.

The 26-year-old then makes the short trip to Anfield to watch his new side take on Leicester City, with supporters unsurprisingly delighted to see him arriving.

A first touch of the ‘This is Anfield’ sign is a given for any new recruit, and Van Dijk doesn’t let us down on that front.

As Jurgen Klopp arrives for the clash with the Foxes, the Netherlands international is in the tunnel to meet his new boss, and his teammates are next on the agenda.

Ragnar Klavan and Dejan Lovren both say hello, but you can’t help but feel they look like the first-choice centre-backs in the school team threatened by the new kid who had trials with Runcorn!

Finally, Van Dijk takes his seat up in the Main Stand to witness the match unfold, with Liverpool recovering from an early deficit to win 2-1.

Six days later, it was to be all about him on the pitch.