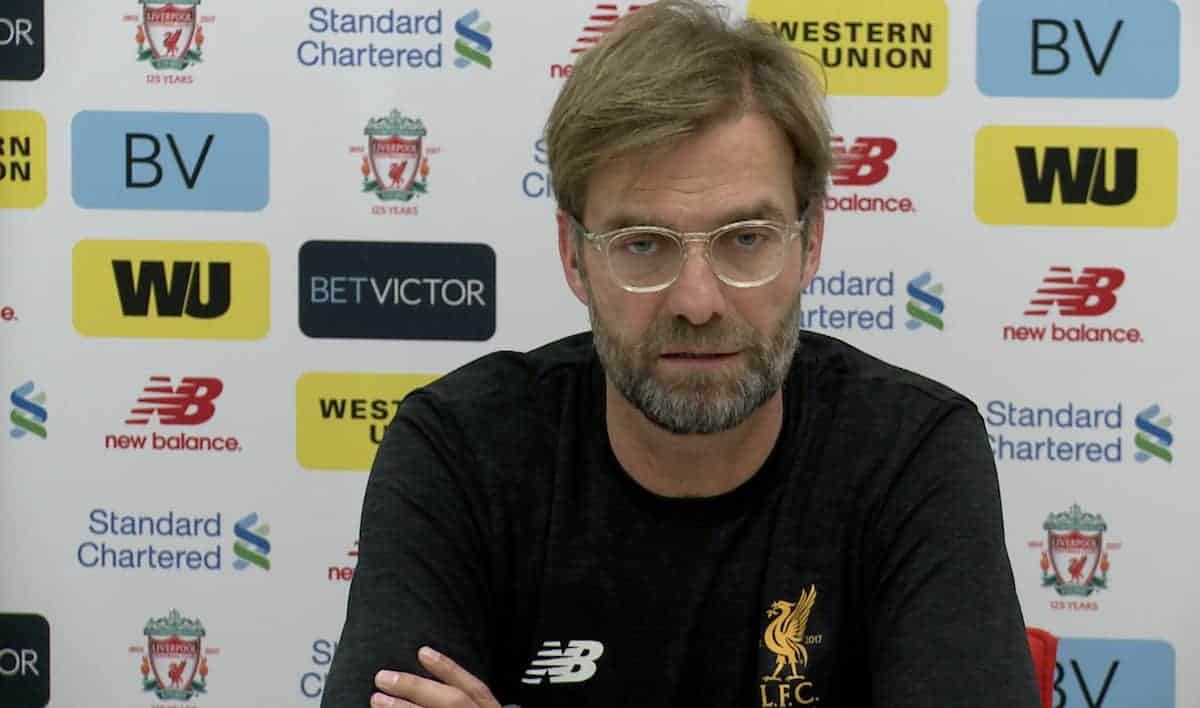 Jurgen Klopp held his pre-match press conference on Monday ahead of the Premier League visit to Huddersfield Town.

The boss delivered news that fans were not hoping to hear, in confirming there were no plans to replace Philippe Coutinho in the January transfer window.

Klopp also provided an update on the squad’s fitness, with Adam Lallana set to be sidelined once more, but with everyone who was available against West Brom set to be present once more.

The boss praised the impact off the bench in that game of midfield duo Jordan Henderson and James Milner, but also admitted he had held meetings with the entire side over their defensive deficiencies.

Klopp was at pains to point out that it wasn’t just centre-backs, but also midfielders and full-backs, who could help avoid such goals in the future with improved positioning.

With David Wagner in charge at Huddersfield, a close friend of Klopp’s, there was also media interest in how the Reds’ boss felt the Terriers were performing this season.