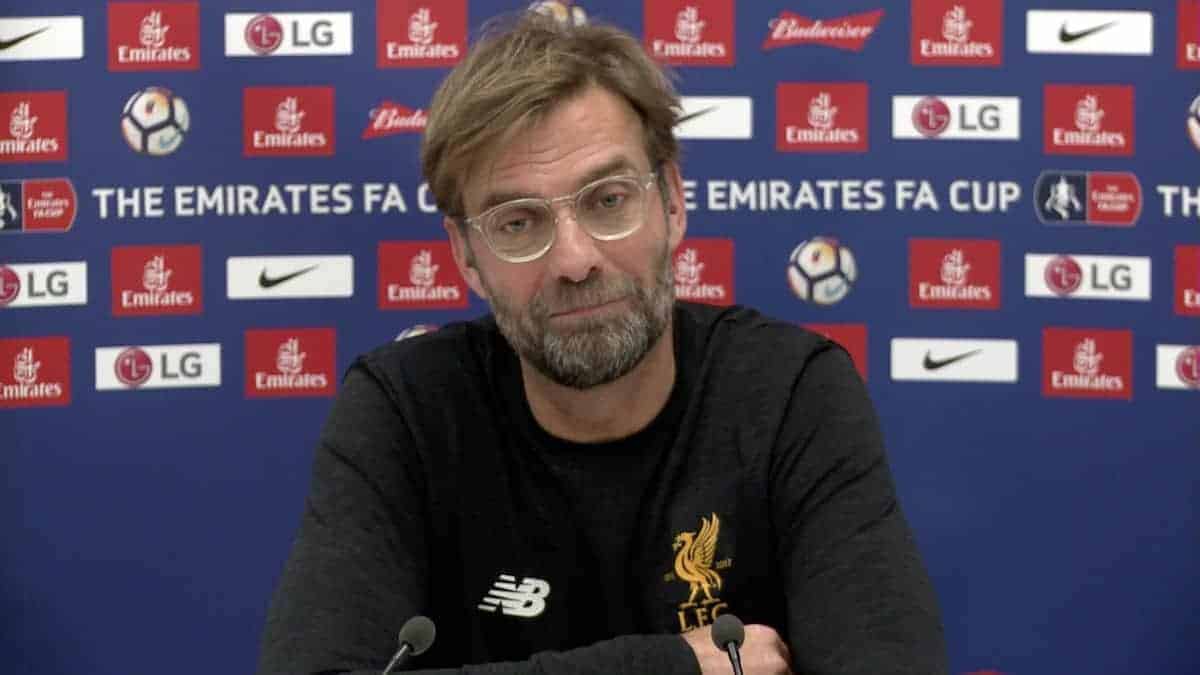 Jurgen Klopp held his pre-match press conference on Friday, ahead of Liverpool’s FA Cup match against West Brom at Anfield.

The manager delivered some bad news for most supporters by telling them not to expect new signings before the transfer window closes next week.

There was plenty of updates on the fitness of certain players ahead of the fourth round tie, with Adam Lallana ruled out with another new injury, and Ragnar Klavan also out with a muscle issue.

Dejan Lovren is fit again though, while Danny Ings and Daniel Sturridge are in contention to start.

Klopp confirmed that Simon Mignolet will start in goal, and Danny Ward will instead play for the club’s under-23s on Sunday.

Overall, it was a short press conference with no questions on West Brom, who claimed a goalless draw at Anfield just a little over a month ago.