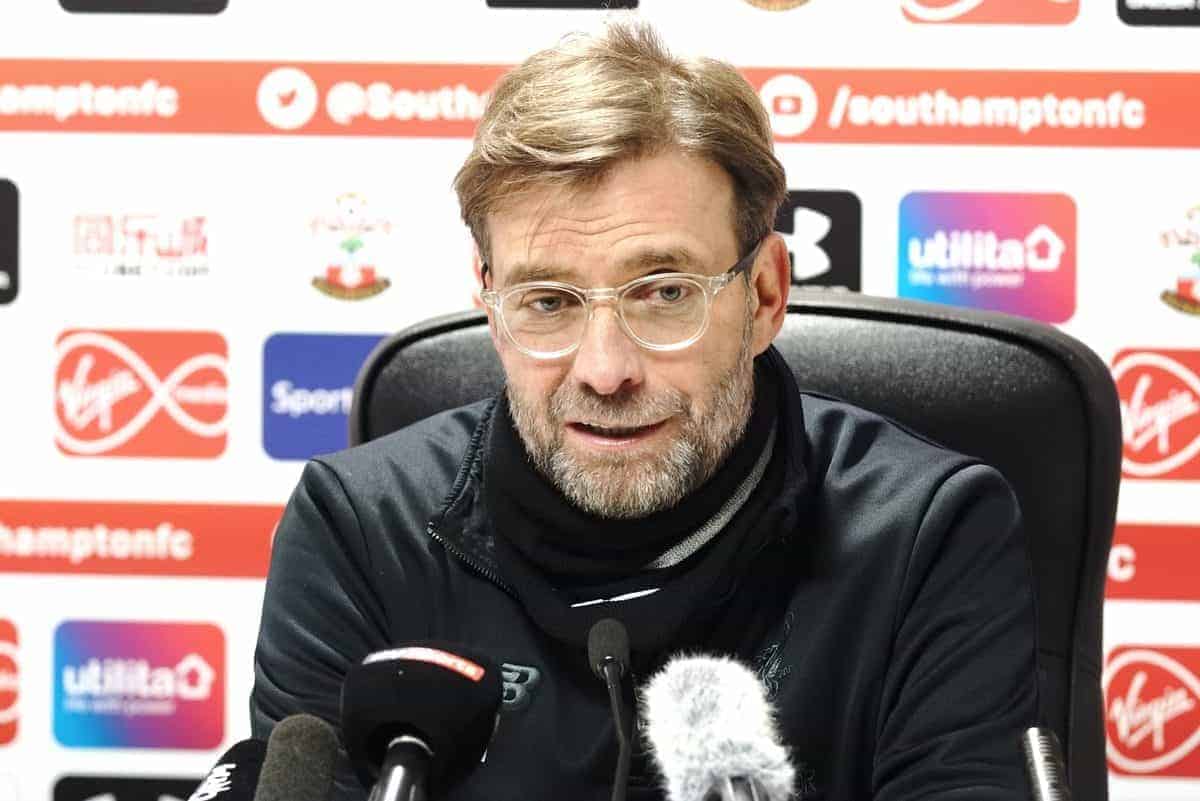 Watch as Jurgen Klopp discussed Liverpool’s comfortable 2-0 win at Southampton, as his side move up to third in the Premier League table.

Goals from the continually impressive Roberto Firmino and Mohamed Salah were enough to take all three points from a miserably poor Saints side at St Mary’s.

With Tottenham defeating Arsenal to keep up the pressure on Saturday and Man United losing ground with a loss at Newcastle on Sunday, victory on the south coast was imperative.

And while they were not at their best, Klopp was left to reflect on a Liverpool performance that improved throughout.

“[It was] not brilliant, but [they were] ready for hard work,” he told reporters.

“Doing the right things in the right moments, reacting in a good way in the second half to a few things we didn’t do too well in the first half, and scoring fantastic goals.

“That’s how an away game should be.”

Klopp also discussed the top-four race, saying “it will stay tight until the end,” and Virgil van Dijk‘s mature display, explaining that “he coped with the situation fantastically.”

Liverpool have a quick turnaround as they fly back to Merseyside, with just two days to prepare for another away trip—this time to Porto for their Champions League last-16 first-leg clash.

Having responded to the disappointing 2-2 draw with Spurs the previous weekend with a positive result at Southampton, the Reds can head to Portugal full of confidence.